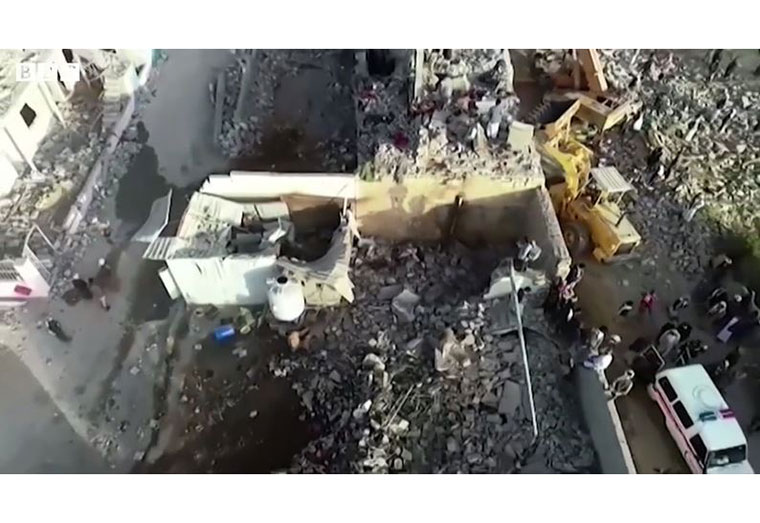 (BBC NEWS) The UN has condemned an air strike on a Yemen detention centre that has killed more than 70 people.

The facility in Saada, a stronghold of the rebel Houthi movement in north-western Yemen, was hit on Friday.

UN Secretary General Antonio Guterres said in a statement that the “escalation needs to stop”.

In a statement on Saturday, the Saudi-led coalition fighting Houthi rebels in the country denied it had carried out the air strike.

The coalition also said the site was not on a list of targets to avoid that had been agreed with the UN and had not been reported by the Red Cross.

Saudi-led coalition forces have been fighting Houthi rebels since 2015. Tens of thousands of civilians, including more than 10,000 children, have been killed or wounded as a direct result of the fighting.

Millions have been displaced and much of the population stands on the brink of famine.

Hours after the air strike, rescue workers were still pulling bodies out of the rubble, and hopes of finding survivors are fading, says BBC Middle East correspondent Anna Foster.

The exact death toll is unclear. Médecins Sans Frontières (MSF) said at least 70 people were killed, though the number is expected to rise.

Yemen crisis: Why is there a war?

Houthi-run television showed pictures from the scene of men clearing debris with their hands and of wounded at a local hospital. MSF said one hospital had received more than 200 casualties.

“There are many bodies still at the scene of the air strike, many missing people,” Ahmed Mahat, MSF chief in Yemen, told AFP news agency. “It is impossible to know how many people have been killed. It seems to have been a horrific act of violence.

US Secretary of State Antony Blinken also called for de-escalation.

Further south, three children were killed as they were playing football when an air strike hit a telecommunications facility in the rebel-held port city of Hudaydah, Save the Children aid agency said.

There was a near countrywide internet outage around the same time, which Houthi media blamed on the attack on the telecommunications site.

Saudi Arabia said the coalition had carried out air strikes in Hudaydah.

The coalition has stepped up air strikes since the Houthis carried out a rare drone and missile attack on the UAE on Monday. Three civilians were killed in what was the first deadly attack of its kind in the emirates.

On the front lines, Ukrainians brace for possible attack

Sun Jan 23 , 2022
Support Village Voice News With a Donation of Your Choice. CNN-About 500 yards away from Russian-backed separatists, a group of Ukrainian soldiers waits for a fight it’s sure is coming. And the men are strangely relaxed about it all, according to photographer Timothy Fadek, who spent time with the soldiers Friday on the front lines in Ukraine’s eastern Luhansk region. […] 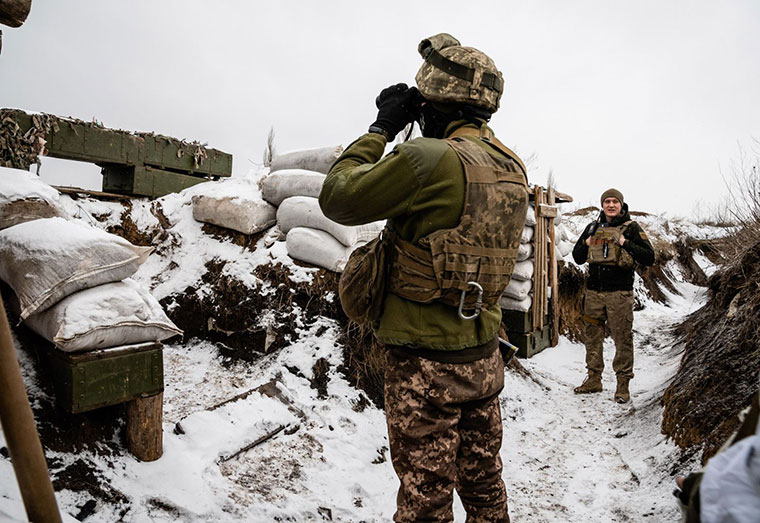