Is anybody in power thinking about the human side of Guyana’s collective existence? Is anybody thinking about our collective dignity? The answer must be obvious to anyone who attaches significance to a world beyond politics. As one contemplates the state of our politics, the indignity that is heaped upon our country is inescapable. From extrajudicial killings to institutional discrimination to wanton corruption and all the other ills which flow from political contestation, the stench from high places floods our collective consciousness. And it invariably takes a toll on our dignity as Guyanese.
Whatever happened on the slave plantations of old, one thing is certain—our fore parents emerged from them with their dignity intact. In fact, that dignity played a pivotal role in their eventual emancipation from physical bondage. That they, with all the scars of bondage, could swiftly fit themselves into the realm of freedom is ample proof of their inherent dignity. To be free is to be dignified and to be dignified is the height of freedom. Even in the face of indentureship and post-slavery colonization that dignity prevailed until Independence beckoned.
One of the challenges of Independence therefore was and is how to preserve that dignity and take it to another level. The question is to what extent our political leaders have been conscious of this challenge. Have they centered human dignity in their political praxis? Maybe at the beginning of the journey there was a sense of humanity in our politics. But the further we move away from the independence moment the more we have dispensed with the linkage of politics to a dignified humanity.

Now, almost six decades later, human beings have become voters and, in some cases, blind followers of the leaders. And in the process, we knowingly and unknowingly lose our dignity. Our politics have robbed our people of their collective dignity. The ease with which we demonize others in the name of political tribalism suggests an inhumane feel for politics. We support political wrongs even when we know of the wrongs would have consequences beyond politics. And in the process the leaders feel that their wrongs are justified as the pursue their defense and consolidation of power.
Just take a look at our contemporary politics and the complete absence of a minimum morality. Look at the nature of the laws we make and the process by which we construct them. Look at our economic policies and what drives them. Look at the readiness to muzzle the society in the name of power to the party and the tribe. Look at the willful culture of fear—fear to break ranks and fear to protest wrongdoing. Contrived fear by the powerful is an assault on dignity of the nation. It is a form of “social death.” Many opposition actors wonder why their supporters are not doing more to stop the stampede of the powerful in our midst. Some even berate the people for being too soft. But they underestimate the power of fear.

And the poverty that still haunts our land is the most powerful enemy of dignity. The compromises our people are forced to make to put food on the table are encouraged by those on high. The fear of losing our jobs compels us to cooperate with wrongdoing. The culture of leaping for handouts even when we know it is geared to embarrass us is an undignified way to live. Yet it is encouraged even by those who claim to love us. They call it philanthropy, but it is just a mask for promoting indignity.
Guyana’s collective dignity cannot continue to hemorrhage like this. The burden is too heavy for the people to bear. At some point we will slip into a state of permanent indignity. Maybe asking our politicians to change course is futile for their power is premised on maintaining mass indignity. It means then that we the people must take the initiative to turn things around. But we have to first realize that what is at stake is the spirt of the nation. We have to realize that there is a place where partisan politics ends, and national dignity begins. We have to be conscious of the assault on our dignity.
Our national poet. Martin Carter reminds us that the “mouth is muzzled by the food it eats.” And another musical poet, Bob Marley tells us that “in the abundance of water the fool is thirsty.” We have to move beyond the present and reach for a dignified future. Oil wealth by itself does not guarantee a dignified existence. Power for the race over the other race strips all of us of our dignity. Surely, we can and must do better. 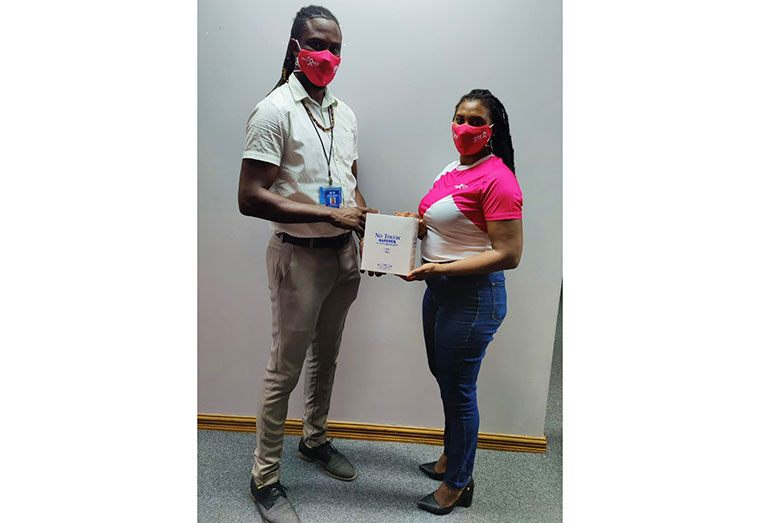