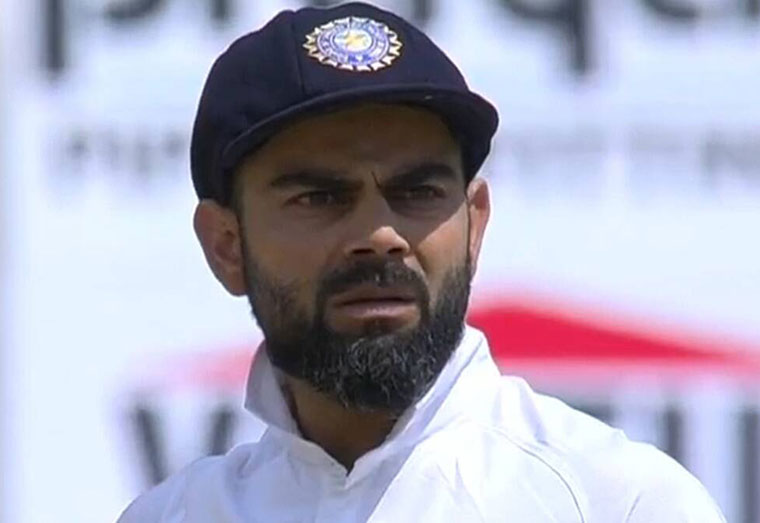 (CRICINFO) Virat Kohli has stepped down as captain of India’s Test team, with immediate effect, a day after losing the Test series to South Africa 2-1 with a seven-wicket loss in Cape Town.

Kohli took over as full-time Test captain in early 2015, when MS Dhoni had announced retirement in Australia, and has held the role since then.

Kohli’s sudden announcement comes on the back of a recent saga between him and the BCCI, which started with his T20I resignation before the 2021 World Cup. In early December, the BCCI then stripped Kohli of the ODI captaincy, naming Rohit Sharma the new white-ball leader. A day later, BCCI president Sourav Ganguly said that he had asked Kohli not to step down as T20I captain, but Kohli soon contradicted Ganguly, saying his decision to step down was “received well”, termed as “progressive” by the BCCI top brass, and that he “wasn’t told to reconsider” his decision. Kohli also expressed his disappointment in the same press conference, saying he had been told about his removal as ODI captain just 90 minutes before the selection meeting to pick the Test squad for South Africa, and “there was no prior communication to me at all”.

The controversy stretched further when chief selector Chetan Sharma – while announcing the ODI squad for the South Africa tour on December 31 – said “everyone who was present in the meeting” asked Kohli to reconsider his decision when he stepped down as T20I captain.

Taking to Twitter on Saturday, Kohli said: “It’s been 7 years of hard work, toil and relentless perseverance everyday to take the team in the right direction. I’ve done the job with absolute honesty and left nothing out there. Everything has to come to a halt at some stage and for me as Test captain of India, it’s now. There have been many ups and also some downs along the journey, but never has there been a lack of effort or lack of belief. I have always believed in giving my 120 per cent in everything I do, and if I can’t do that, I know it’s not the right thing to do. I have absolute clarity in my heart and I cannot be dishonest to my team.

“I want to thank the BCCI for giving me the opportunity to lead my country for such a long period of time and more importantly to all the team-mates who bought into the vision I had for the team from day one and never gave up in any situation. You guys have made this journey so memorable and beautiful. To Ravi Bhai [Shastri] and the support group who were the engine behind this vehicle that moved us upwards in Test cricket consistently, you all have played a massive role in bringing this vision to life. Lastly, a big thank you to MS Dhoni who believed in me as a captain and found me to be an able individual who could take Indian cricket forward.”

Kohli’s stint as Test captain was a largely successful one, as he oversaw the team’s rise to No.1 in the ICC rankings and several memorable overseas victories. In 2021, he led India to the final of the inaugural World Test Championship in Southampton. Overall, he steps down with the fourth-most wins as captain in Test cricket, with 40 wins from 68 games. Of the other 28, 11 were draws and 17 were losses.

Kohli is also lauded for his fitness-oriented approach to the game, and will be remembered for using the five-bowler strategy consistently in Test cricket.

On the batting front, Kohli’s recent lack of a hundred has been in the spotlight – he has not struck one since November 2019, when he made 136 against Bangladesh in Kolkata. He has scored 760 runs at an average of 28.14 since then, with six half-centuries. In the just-concluded Cape Town Test, his last as captain, he batted with exemplary discipline to score 79 off 273 balls and 29 off 193. India’s next Test assignment is a two-match series against Sri Lanka at home in February-March, when Kohli is expected to play his 100th Test.

Sun Jan 16 , 2022
Support Village Voice News With a Donation of Your Choice. (BBC NEWS) Kevin de Bruyne produced a moment of world-class quality to tighten Manchester City’s stranglehold on the Premier League title race with victory over Chelsea at Etihad Stadium. The former Chelsea player broke the deadlock in a tight game with a superb curling drive past keeper Kepa Arrizabalaga with […] 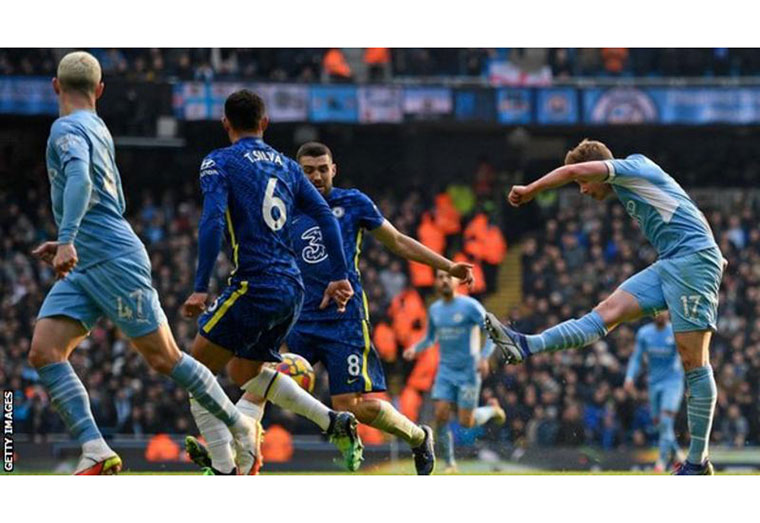