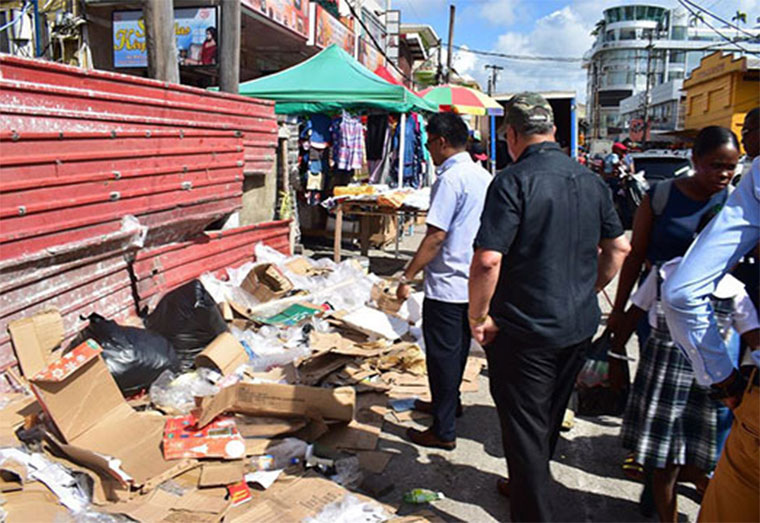 The Private Sector Commission (PSC) said it will be partnering with the Government of Guyana in a clean-up exercise of Georgetown.
The activity is planned for January 14-15, 2022, the commission said in a press release on Monday.

According to the PSC, the Joint Services, the Ministry of Public Works, the National Drainage and Irrigation Authority and the Solid Waste Management Unit are all part of the initiative first announced by President Irfaan Ali late last year. The exercise will include the desilting of main canals and clearing of garbage in several areas, including West Front Road, Cemetery Road, Sheriff, Hadfield, Durban, Saffon, Church and Sussex Streets, the PSC release stated.

The PSC expressed thanks to all those businesses which have already donated items towards the clean-up exercise and encourages others to support the initiative. Chairman of the PSC, Paul Cheong, said the Commission recognises the importance of public-private partnership and is pleased to support the clean-up exercise so that Guyanese and tourists alike can transact their business in a cleaner and more comfortable environment.
Georgetown, Mayor Ubraj Narine in recent time have urged the formulation of a national solid waste plan. The mayor said despite having systems in place to properly dispose of garbage across the city, the Mayor and City Council (M&CC) always finds itself dealing with garbage build-up in some areas, especially around the business hubs. “This is something unbecoming in the city and you know something, if you are to ask the question or look within the city where the garbage is backed up, it’s within the business sector,” he told a news conference last year

Tue Jan 11 , 2022
Support Village Voice News With a Donation of Your Choice. A meeting of the Public Accounts Committee (PAC), which was intended discuss the nominees for the Public Procurement Commission (PPC), was cancelled on Monday after the Alliance For Change (AFC) threatened to withhold its support for the list. According to the Constitution, the nominees must be approved by not less […]