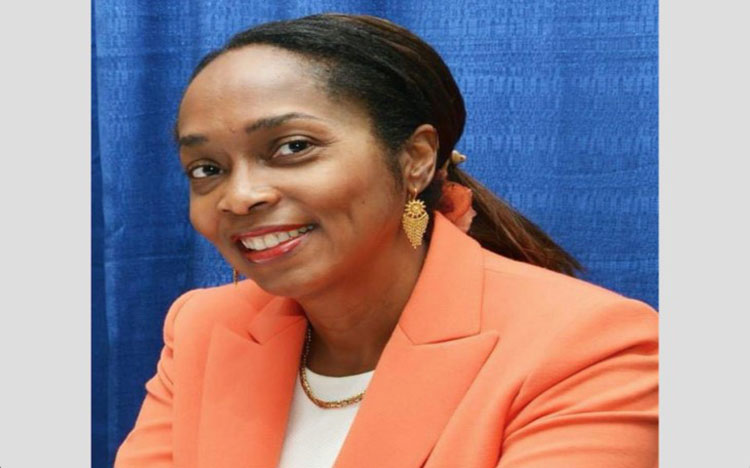 (Barbados TODAY) Scores of teens are approaching the Christmas holidays with no final grades from the Caribbean Examinations Council (CXC) for exams taken during the previous academic year.

Local stakeholders including the Group of Concerned Parents, the Barbados National Parent Teacher Association and the Barbados Secondary Teachers’ Union (BSTU) are fast losing their dwindling confidence in the regional body.

In separate interviews and statements, they warned that many of the discrepancies identified in the controversial 2020 results have resurfaced. Making matters worse, is the delay in reviewing and re-grading the “erroneous” results, preventing the award of Barbados Scholarships and Exhibitions, and hindering those desirous of studying abroad. “It’s a replication of the issues from last year, not to the magnitude of last year, but at the heart of it is that grading is clearly erroneous and that there are clear issues with the grading output and unfortunately, if CXC is left to review itself, it doesn’t give comfort to the stakeholders that there’s any independence and that any issues are being properly addressed,” said president of the Group of Concerned Parents Paula-Anne Moore.

At a recent BSTU meeting with officials from the Ministry of Education and representatives from the CXC , numerous concerns were raised by the union. They include reports of markers and moderators being hired who may not possess the necessary qualifications and experience in the subjects that they mark and moderate.

Concerns are being raised over an unusually high number of students, including high achievers receiving “ungraded results”, and grades far below their accustomed standard. CXC’s ORS (online registration system) and general computer system seems ill-eqipped and continues to experience difficulties, especially in the receipt of the tens of thousands of school-based assessments from across the region. This is contributing to the ungraded and below standard grades received by too many students, the union said. The union also queried the apparent disparities between teacher predictive grades and final grades. The BSTU also raised the fact that there were errors in the construction of some papers in the 2021 exams and concerns that some of the questions were outside the scope of the syllabus and the broad topics given by CXC in specific subject areas.

In fact, the union contends that the teachers themselves are now saying that they no longer know the methodology for marking the SBAs and are questioning whether CXC’s moderators use the same marking schemes outlined in the teachers’ subject syllabi. “There are also queries as to the qualifications of persons hired to mark/moderate papers and SBAs. Previously the marker had to be a teacher with at least two years experience teaching the specific subject to the level corrected,” said BSTU president Mary Redman.

“The recent advertisements do not reflect those prior qualifications/pre-requisites and reports are reaching us of university students and nursery school teachers, among others, correcting the exam papers. What are the implications of this and to what extent has this contributed to the numerous queries regarding uncharacteristic grades and demands for reviews? ” she asked.

Earlier this month, the chairman of the CXC, Professor Sir Hilary Beckles commended the council’s employees for their commitment and work ethic over the last year. But he insisted the group must continue to learn from the missteps. “From time to time there are missteps, but that is the magnificence of being a human. In your willingness to serve, in the willingness to move ahead and to move forward, missteps will be made, but intelligence also requires that you critically self-access.

“You look at what you have done, you are confident in the correctness of your motive, but the results might not always be what you expected. “You are a learning institution, so you step back, you access, evaluate, and of course move forward, with certainty of purpose.” The Ministry of Education, Technological and Vocational Training is working with local stakeholders who are agitating for change to the regional organisation’s structure. The parent and teacher groups, who say they are “incredibly frustrated” want sweeping reforms and independent oversight to prevent the perennial problems from continuing into 2022.

“The performance of CXC is not just impacting the scholarship and exhibition winners, it impacts the entire reputation and brand of CXC and therefore of CARICOM in terms of our standards. There are thousands of students, not necessarily national award winners, that are disadvantaged in many ways, not just in university acceptance or scholarships regionally or internationally,” said Moore. “Their entire motivation and confidence in the institutions they think they can depend on and trust is incredibly affected and there are serious negative ramifications where many students just give up. Because, what is the point of doing your best, especially in a pandemic situation and then getting grades that are clearly not yours. It’s really not good enough and the public must understand ‘today for me, tomorrow for you’. We need to do better for our children,” the parent added.

Meanwhile, the BNPTA’s General Secretary, Nicole Brathwaite said the situation was unfortunate, especially given that many of the issues are recurring. “We don’t want this to be like a stuck record coming from students sitting the examinations here,” said Brathwaite. “Once was too much and twice now is causing a lack of confidence in the system, where students are wondering if it makes sense to go after this when they could be left in limbo,” she added

Sat Dec 25 , 2021
Support Village Voice News With a Donation of Your Choice. (TRINIDAD EXPRESS) The National Trade Union Centre (Natuc) says it intends to take action if Government fails to have proper consultation and come to an agreement regarding the “jab or no job” Covid policy for public sector workers. The union has not disclosed what form of action it intends to […]