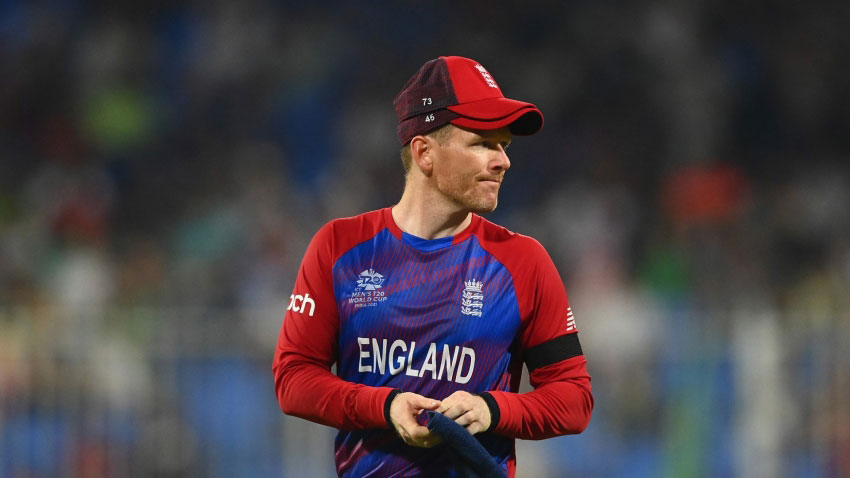 (SPORTSMAX) Eoin Morgan will lead a 16-strong T20I squad in England’s tour of the West Indies.

The five-match series takes place in Barbados from January 22 to 30, with the first match scheduled only four days after the final Ashes Test is due to end.

Therefore, none of England’s Ashes squad have been considered for selection, while Paul Collingwood will stand in for Chris Silverwood as coach.

Morgan’s squad still includes 11 players who travelled to the T20 World Cup, with England reaching the semi-finals, only to lose to New Zealand.

Two uncapped players – George Garton and David Payne – were also named. Dawid Malan is out in Australia with Joe Root’s struggling red-ball side, while seamers Jofra Archer, Sam Curran and Tom Curran are out injured.

Jonny Bairstow and Jos Buttler are also playing Down Under, as is Ben Stokes, who missed the T20 World Cup to focus on his mental wellbeing. Tom Banton and Saqib Mahmood are the other players to have been called up who were not involved in the United Arab Emirates and Oman.

The series marks the continuation of England’s preparations for the 2022 T20 World Cup, which will be held in Australia. “We have selected a strong squad with some serious batting power and a balanced attack as we begin preparations ahead of the T20 World Cup in Australia,” said Collingwood.

“The [T20] World Cup is less than a year away and there will be increased opportunities for the squad in the absence of those players who are with the Ashes squad. “I have good memories winning a World Cup in Barbados and I’m really looking forward to going back there with this squad to face a very good West Indies who will test all aspects of our skills.”

Sat Dec 25 , 2021
Support Village Voice News With a Donation of Your Choice. (SPORTSMAX) Businessman Chris Dehring believes the lack of professionalism among West Indies cricketers is hurting the region’s chances of becoming a force in world cricket once more. Dehring, who was CEO of the ICC World Cup held in the Caribbean in 2007, visually and performance-wise the current West Indies teams, […]