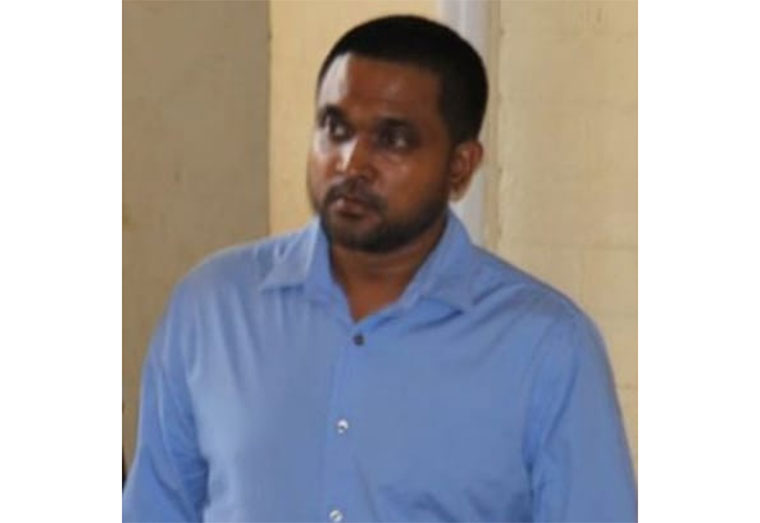 Senior Counsel Roysdale Forde, MP, said the attacks on the Judiciary, in wake of Tuesday’s ruling that the Court of Appeal has jurisdiction to hear an appeal challenging the High Court’s decision to nullify Election Petition Case No. 99, is out of order and an abuse of office by the Minister of Local Government and Regional Development, Nigel Dharamlall. He said the Minister must now step down from office.

Moments after the Appellate Court handed down its ruling, Dharamlall publicly called for the dismissal of Chancellor of the Judiciary, Yonette Cummings and Justice of Appeal Dawn Gregory.

“Same two judges who ruled that 33 is not the majority of 65. Their bias is obvious. They should be defrocked. Luckily, the Caribbean Court of Justice is our final apex court,” Dharamlall wrote on his Facebook page.
There has been no reaction from the leader of the bar, Attorney General Anil Nandlall, neither the Guyana Bar Association or it affiliate organisation such as the Women’s Lawyers Association.
In a statement on Wednesday, Forde said all right- thinking and law-biding Guyanese were more than likely stupefied and upset by Dharamlall’s inappropriate reaction.

“The sheer effrontery of this asinine behavior of Minister Dharamall is quite astonishing. It is the epitome of an abuse of public office, by a Minister. It is the height of disrespect for the Chancellor of the Judiciary, Honourable Judges, and a demonstrated disregard for our constitution, our laws and indispensable constitutional offices and institutions,” Forde said.

He added: “Who or what gives the Minister the false impression that he has the right to publicly call for the dismissal of the Chancellor, and the Honourable Justice, Dawn Gregory. It is settled knowledge, and the Minister ought to know, that neither he nor the President can dismiss, the Chancellor or Honourable Justices. He ought to know that these are positions enshrined in our constitution.”

The Senior Counsel said Dharamlall’s behavior ought not be isolated from what now appears to be the undergirding philosophy of the PPP/C ruling party.

He said it from all indication, the PPP/C has been seeking to be in full and total control of every institution and agency in this country.

“Minutes before, Minister Dharamall made his call, the Attorney General, Anil Nandall offered unfair remarks about the judiciary. The attitude of both the Attorney General and the Minister of Local Government betrays their pretense of commitment to democratic values, the integrity of our laws and good governance. It was Justice Tom Clark, of U.S. Supreme Court, who said: “Nothing can destroy a government more quickly that its failure to observe its own laws, or worse its disregard of the charter of its own existence.”” Forde reasoned.

He called on all Guyanese, regardless of their political persuasions, to publicly frown upon and raise their voices against this callous and appalling behaviour of the PPP/C. “It has enormous potentials to undermine our fragile democracy, stunt our growth and retard our development as a nation,” he said.

Forde also called on Minister Dharamlall to resign from Office without hesitation.

“He has shown himself fit neither to lead nor gracious to serve the people of this great country. He must resign now! Truly, Mr. Dharamall is beneath the dignity of that public office which he now so unfittingly occupies,” Forde said while assuring Guyanese that he will continue to defend the integrity of the constitution, uphold the laws, and fight for the rights of all Guyanese.

He said Tuesday’s ruling was correct, and the coalition is pleased with such scholarly ruling.
Meanwhile, the Caribbean Guyana Institute for Democracy also condemned Dharamlall’s statement. The organisation also calls for the sacking of the minister.
“This assault on the Judiciary is further evidence of an emerging PPP dictatorship that must be condemned and reversed with the assistance of the international Community. Dharamlall must go now,” the organisation said.

Wed Dec 22 , 2021
Support Village Voice News With a Donation of Your Choice. By Hamilton Green I note that in his valedictory address as Leader of the People’s National Congress, Brigadier David Granger stated among other things that Jainarine Singh, Eusi Kwayana, Raphael Trotman and Hamilton Green leaving the Party weakened it. I cannot speak for the others but could not allow the […]