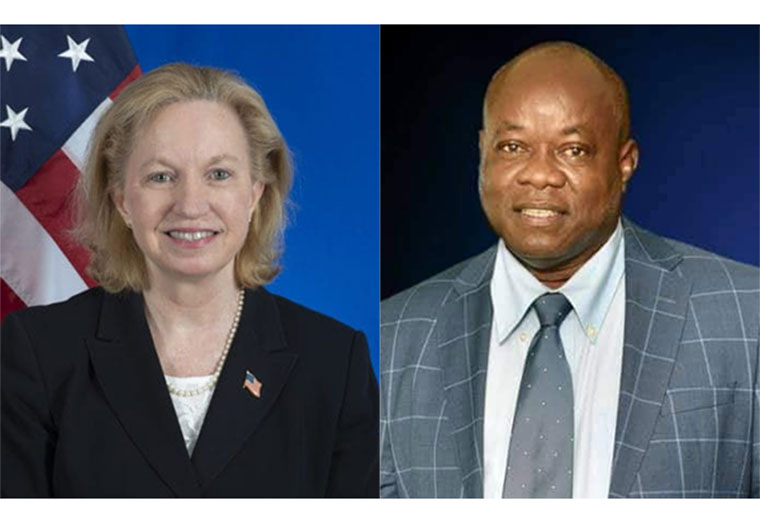 …congratulates him on victory

The embassy in a terse statement said that it looks forward to working with him on issues for the benefit of all Guyanese.
Norton secured 900 plus votes to win the leadership race by a landslide over the other contenders, Joseph Harmon and Dr. Richard Van West-Charles, the Party’s Chief Elections Officer (CEO), Vincent Alexander has confirmed.

Releasing the official results for the party’s five top positions during a virtual press conference on Sunday, Alexander disclosed that Norton secured 967 votes while Harmon raked in 245 votes and Dr. Van West-Charles, 64 votes. Norton’s installation as Leader of the PNCR is expected to take place on Monday. He replaces David Granger.

Meanwhile, Elizabeth Williams Niles was elected 1ST Vice Chairperson with 470 votes while Christopher Jones and Vinceroy Jordan tied for the 2ND Vice Chairperson post with 381 votes each. At this stage, it is unclear how the party will resolve the tie.

Tue Dec 21 , 2021
Support Village Voice News With a Donation of Your Choice. Former Leader of the PNCR, David Granger has extended  congratulations to Aubrey C. Norton on his election as the new leader. Granger the immediate past leader also committed to continuing to contribute to the People’s National Congress Reform. Norton was elected the fifth leader of the party over the weekend […]