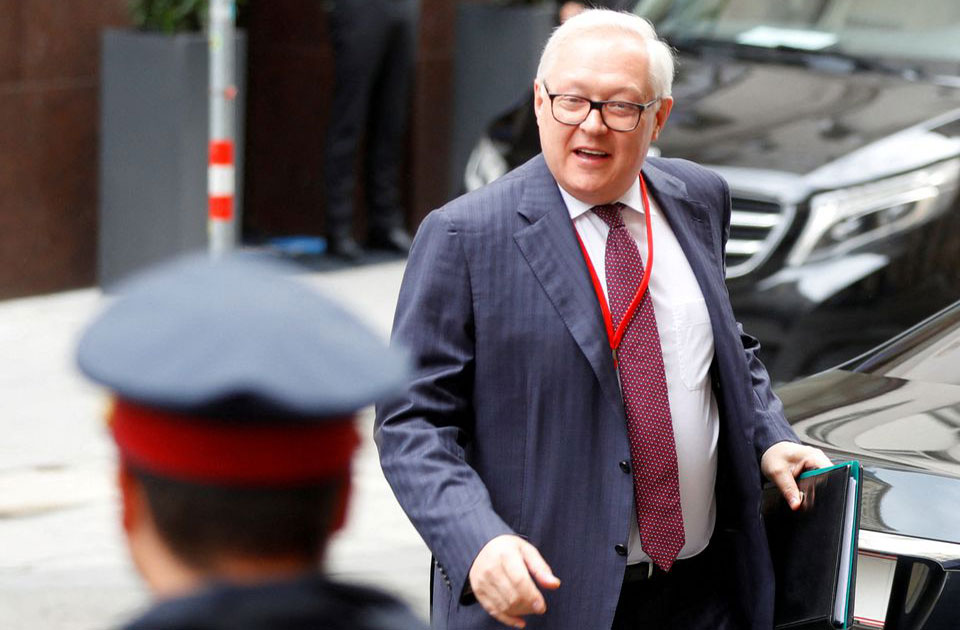 MOSCOW, Dec 17 (Reuters) – Russia said on Friday it wanted a legally binding guarantee that NATO would give up any military activity in Eastern Europe and Ukraine, part of a wish list of security guarantees it wants to negotiate with the West.

Moscow for the first time laid out in detail demands that it says are essential for lowering tensions in Europe and defusing a crisis over Ukraine, which Western countries have accused Russia of sizing up for a potential invasion after building up troops near the border. Russia has denied planning an invasion.

The demands contain elements – such as an effective Russian veto on future NATO membership for Ukraine – that the West has already ruled out.

Others would imply the removal of U.S. nuclear weapons from Europe and the withdrawal of multinational NATO battalions from Poland and from the Baltic states of Estonia, Latvia and Lithuania that were once in the Soviet Union.

In Washington, a senior administration official said the United States was prepared to discuss the proposals but added: “That said, there are some things in those documents that the Russians know are unacceptable.”

The official said Washington would respond some time next week with more concrete proposals on the format of any talks.

White House press secretary Jen Psaki said Washington would talk to its allies. “We will not compromise the key principles on which European security is built, including that all countries have the right to decide their own future and foreign policy, free from outside interference,” she said.

NATO diplomats told Reuters that Russia cannot have a veto on further expansion of the alliance and NATO has the right to decide its own military posture. “Russia is not a member of NATO and doesn’t decide on matters related to NATO,” Polish Foreign Ministry spokesperson Lukasz Jasina said.

Ukraine’s foreign ministry said Kyiv had an “exclusive sovereign right” to run its own foreign policy, and only it and NATO could determine the relationship between them, including the question of Ukrainian membership. It urged Moscow to re-engage with a peace process in eastern Ukraine, where some 15,000 people have been killed in a seven-year conflict between Ukrainian government troops and Russian-backed separatists.

Some Western political analysts suggested Russia was knowingly presenting unrealistic demands which it knew would not be met to provide a diplomatic distraction while maintaining military pressure on Ukraine. “Something is very wrong with this picture, the pol(itical) side appears to be a smokescreen,” Michael Kofman, a Russia specialist at Virginia-based research organization CNA, wrote on Twitter.

Sam Greene, professor of Russian politics at King’s College London, said President Vladimir Putin was “drawing a line around the post-Soviet space and planting a ‘keep out’ sign”.

“It’s not meant to be a treaty: it’s a declaration,” he said. “But that doesn’t necessarily mean this is a prelude to war. It’s a justification for keeping Moscow’s hair-trigger stance, in order to keep Washington and others off balance.”

Presenting Moscow’s demands, Deputy Foreign Minister Sergei Ryabkov said Russia and the West must start from a clean sheet in rebuilding relations. “The line pursued by the United States and NATO over recent years to aggressively escalate the security situation is absolutely unacceptable and extremely dangerous,” he told reporters.

Ryabkov said Russia was not willing to put up with the current situation any longer, and urged Washington to come up with a constructive response fast.

He said Russia was ready to start talks as soon as Saturday, with Geneva a possible venue, but Russian news agency TASS quoted him as saying later that Moscow was extremely disappointed by the signals coming from Washington and NATO.

TROOP BUILD-UP
Moscow handed over its proposals to the United States this week as tensions rose over the Russian troop build-up near Ukraine. It says it is responding to what it sees as threats to its own security from Ukraine’s increasingly close relations with NATO and aspirations to become an alliance member, even though there is no imminent prospect of Kyiv being allowed to join. The Russian proposals were set out in two documents – a draft agreement with NATO countries and a draft treaty with the United States, both published by the foreign ministry.

The first, among other points, would require Russia and NATO not to deploy additional troops and weapons outside the countries where they were in May 1997 – before the accession to NATO of any of the former communist states in East Europe that for decades were dominated by Moscow. It would mean NATO abandoning any military activities in Ukraine, Eastern Europe, the Caucasus and Central Asia. The treaty with the United States would prevent Moscow and Washington from deploying nuclear weapons outside their national territories. That would mean an end to NATO’s so-called nuclear-sharing arrangements, where European NATO members provide aircraft capable of delivering U.S. nuclear weapons.

Sun Dec 19 , 2021
Support Village Voice News With a Donation of Your Choice. Dec 17 (Reuters) – A U.S. appeals court on Friday reinstated a nationwide vaccine-or-testing COVID-19 mandate for large businesses, which covers 80 million American workers, prompting opponents to rush to the Supreme Court to ask it to intervene. The ruling by the 6th U.S. Circuit Court of Appeals in Cincinnati […]