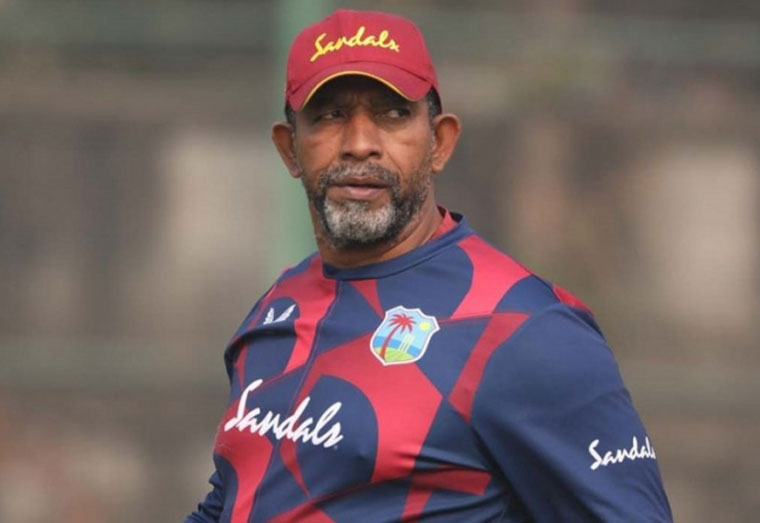 The West Indies will face Pakistan in three T20I and three ODIs during the tour that concludes on December 20 and Simmons is expecting members of the team to stand up and be counted.

“We’re looking to see who’s going to put their hand up to be a major player in this team. It’s about them putting up their hands and saying we want to go forward with this team. We want to do the things that are necessary to help this team win,” Simmons said.

Speaking in a press conference Friday after the team’s arrival in Pakistan, Simmons acknowledged that this is the team’s first white-ball assignment since the disastrous World Cup campaign and that it is time to move on from that.

“We know what happened in the World Cup and we’re not going to go back there. We’re looking to move forward and see who now wants to move forward with this team and our different ideas of how we want to play,” he said.

The former Ireland and Afghanistan coach also expressed that while many know what these players are capable of, it is time for them to show it in high-pressure situations.

Simmons says he’s anticipating how the mental approach within the squad will change.

“We’re looking forward to seeing how things are going to change within this squad, not just from a cricketing point of view but also an attitude point of view,” Simmons said.

“He’s been brilliant for Pakistan and I’m sure he will continue to improve. Our batsmen will work on plans to of how to play him, how to score off him and we’ll see how their plans work out when the games come about,” said Simmons.

Sun Dec 12 , 2021
Support Village Voice News With a Donation of Your Choice. (CRICINFO) The power went down at the Gabba and England went down with it as Nathan Lyon finally claimed his 400th Test wicket and Australia claimed a one-nil series lead after another calamitous collapse from the visitors handed the hosts a comfortable nine-wicket win. Lyon took four wickets on the […]