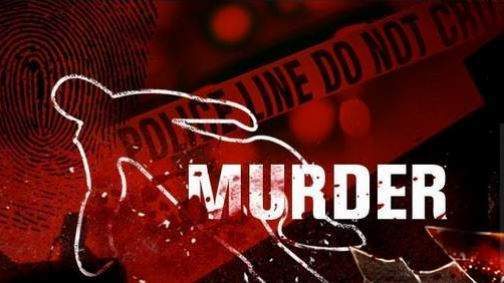 A 38-year-old miner of Lethem, Rupununi was on Friday killed at Turtle Creek, Five Star, North West District during a fight over a debt he owed to the assailant’s wife.
Dead is Victor Pedro, aged 38. Police said preliminary investigation revealed that the location of the incident is of an outdoor nature at a camp ground owned by the deceased. These camps are the kitchen, workers camp, and the cook’s camp.  According to the deceased’s 13-year-old daughter, on 2021-12-10  about 19:00 hours, she was cooking in their kitchen when the female cook and her father became engaged in an argument over monies that he owed her. As a result the suspect who is the cook’s reputed husband got involved. At this point Pedro armed himself with a sharp instrument, lashed the suspect twice about his body and slapped his music box out of his hand and a scuffle ensued.

The deceased’s daughter further said that she ran away but within minutes returned only to find her father with a gaping wound to the middle of his head and another to his left side face. She said the suspect and the female cook then made good their escape. Pedro, police said had confided to his daughter that the suspect inflicted the wounds on him before he succumbed.  When the police arrived the body was found resting flat on the earth’s surface, and covered with a multi-coloured sheet. The body was examined by ranks and two deep wounds were observed to his head and to his left side face.  The body was transported to the Port Kaituma District Hospital where the pronouncement of death was done at 19:30 hours and the body was then placed into the hospital mortuary awaiting post mortem. The suspect has not yet been arrested. Investigations are ongoing.

Opposition accuses Speaker of colluding with Gov’t to hijack Parliament

Mon Dec 13 , 2021
Support Village Voice News With a Donation of Your Choice. Ahead of Monday’s sitting of the National Assembly, Leader of the Opposition, Joseph Harmon accused the Speaker, Manzoor Nadir of colluding with the Government to hijack the Parliament. In a recorded statement, the Opposition Leader explained that though Monday, December 13, 2021 is designated Private Members’ Day, critical motions tabled […]