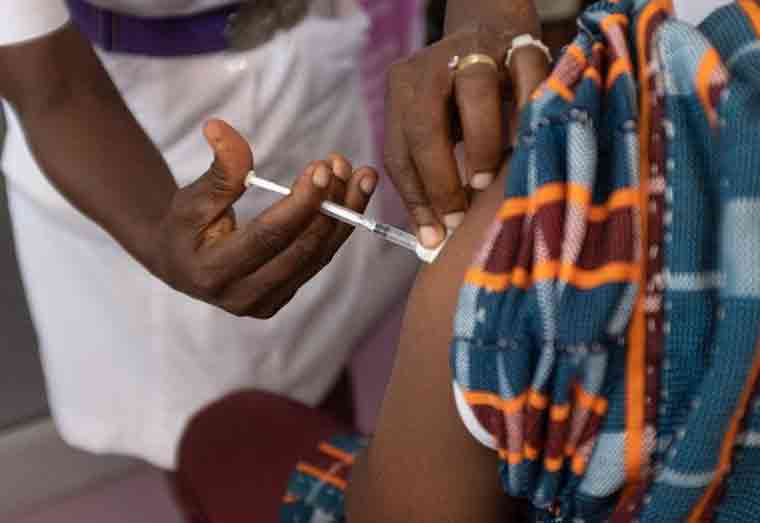 (BBC NEWS) Ghana is introducing some of the world’s strictest Covid travel rules, by banning any adult who has not been vaccinated from flying in with effect from Monday.

There is no option to self-isolate.

Ghanaian citizens and residents abroad are exempt for up to two weeks, but will be required to get jabbed upon landing at the airport.

The authorities say they are concerned about a surge of infections over the festive period.

Many other countries have avoided an outright blanket ban on unvaccinated arrivals, such as members of the European Union and the United States.

Ghana’s land and sea borders have been closed to passenger traffic since restrictions were first introduced at the start of the pandemic.

Alongside the new measures, Ghanaian authorities will also still insist that all arrivals present a negative PCR test.

All Ghanaians flying out of the country will also need to be fully vaccinated.

This means that a Ghanaian national who is not currently vaccinated but gets a jab at the airport would have to wait until getting a second dose before they were able to fly out, unless they get one from Johnson and Johnson.

The World Health Organization (WHO) recommends an eight- to 12-week gap between the first and second dose of the AstraZeneca vaccine and a 21- to 28-day gap between the two Pfizer shots. The Moderna and Sputnik V also require two doses for maximum immunity.

Vaccinations to be ramped up

Ghana’s authorities are worried about a new wave of coronavirus infections caused by the Omicron variant among international arrivals.

“The expected increase during the festive season calls for urgent actions to prevent a major surge in Covid-19 cases in Ghana,” the head of the Ghana Health Service, Patrick Kuma-Aboagye, said in a statement.

He said that over the last two weeks, cases detected at Ghana’s main airport, Kotoka, accounted for about 60% of all new confirmed Covid infections in the country.

The new travel guidelines have been met with mixed reactions among Ghanaians, with some supporting them and others saying people should have the right to choose, says the BBC’s Favour Nunoo in Accra.

With relatively few cases of Covid in the country, many Ghanaians do not feel overly concerned by the pandemic and so have not felt compelled to get immunized, he adds.

Less than 10% of Ghana’s population have currently been vaccinated – partly because of a lack of vaccines in the country until recently.

In an interview with BBC Focus on Africa, Mr Kuma-Aboagye brushed off the concerns of those who may not want to get jabbed.

“If you decide to come, then it means that you want to be vaccinated,” he said.

In the last wave more than 90% of those admitted to hospital were unvaccinated, he added.

The authorities plan to ramp up efforts to immunize the population in January, by making it compulsory for government employees, students and health workers to get the vaccine, reports the Reuters news agency.

Vaccine passports will also be required to enter venues with large crowds like nightclubs and sports stadiums.

Sun Dec 12 , 2021
Support Village Voice News With a Donation of Your Choice. (BBC NEWS) One of the winners of this year’s Nobel Peace Prize has attacked US internet companies for what she called a “flood of toxic sludge” on social media. During her acceptance speech in Norway, Philippine journalist Maria Ressa said technology giants had “allowed a virus of lies to infect […]