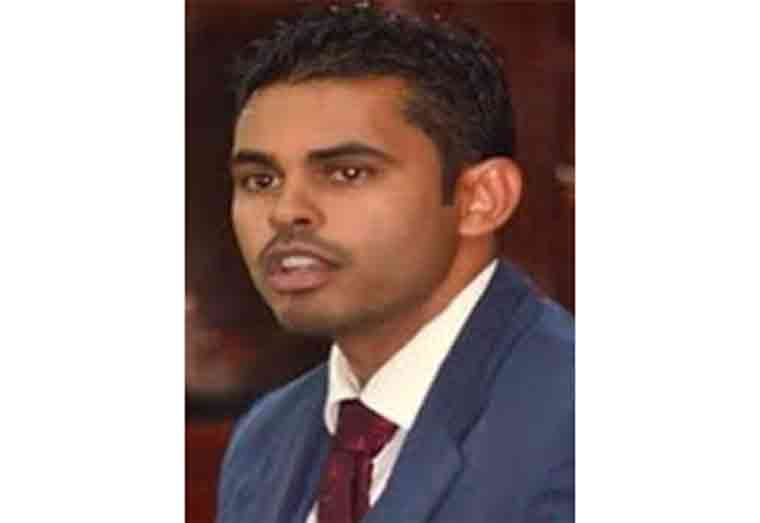 The Alliance For Change has joined several other groups and individuals in criticizing Culture Minister, Charles Ramson jr for saying African Guyanese have no role models while elevating a shadowy, fly-by-night company owned by the Hits and Jams and the Kashif and Shanghai owners as an example of good entrepreneurial pursuits.

The company with no track record of building construction was handed a $346M contract to build a primary school at Bamia, Region 10. The award has been condemned by a number of organisations.

Below is the full statement by the AFC

Minister Ramson’s recent interview revealed what is the PPP Government’s agenda. It is to create wealth amongst its “fellowship”, namely, its friends, followers and family. This certainly is not good governance, nor democracy by any measure. How are the masses of black people, or even brown people, empowered here by generating wealth for one elite black company formed the other day – St8ment Investment Inc?
The awarding of this contract, incidentally, has been critiqued by many commentators as not in accordance with procurement requirements. The Minister seems most annoyed that the Opposition brought this issue to the public attention in the first place. The scandal behind what the Minister is saying though is what ought to be poured over. It is that the Coalition government is wrong for representing all Guyanese and equalizing the opportunity for all Guyanese to benefit, when they were office. What the Minister insidiously suggests is that the Coalition should have represented only its, Coalition, “fellowship”. Where is the principled position of political morality and ethics when dealing with this sensitive question of equality of opportunity in a plural society? And to use the same company to sponsor airtime for such an interview?

The interview reveals a deliberate intention to create strife in an already polarized society, and a desire to turn Coalition supporters against its leadership. The latter will fail. As regards the former, time will tell where we will be carried by this dirty politics of division. All right thinking Guyanese are aware of what the Coalition Government did on equalizing the opportunity for all Guyanese to a better standard of living. Undoubtedly this project was uncompleted. But it correctly commenced. It spanned the spheres of health, security, infrastructure, ITC, education and foreign affairs.
The effects were felt in the most remote of villages and depressed communities. These efforts empowered young people through programmes such as the Citizen Security Strengthening Programme which trained over 2500 young people with technical skills. Another such effort was to raise the salaries of public servants’ minimum from $39,000 to $70,000 whilst lowering VAT by 2%. It was showing love for sugar workers by the Coalition that these workers were paid for three years (2015 to 2018) by spending $36 B, when not one cent of the European’s Funding of the sector to the tune of €110 M from 2004 to 2014 was spent on sugar by Jagdeo Incorporated. Of course even the sugar workers realised that this subsidy could not go on forever and that there was need for rightsizing the industry.

Such measures are what equalize opportunity for all. It is not done through a perverted, exaggerated analysis upon the grant of one contract to one black company when we know where the wealth is concentrated. And it cannot be done by an elongated subsidisation and allocation of continuing billions into the reverted sugar industry without appreciating the need for diversification and breaking the intergenerational transmission of poverty through skills and education for value added ventures. That will mean an enslavement to sugar!
The Minister’s approach, apart from other detriments, will be a worsening of the difference between the ‘haves’ and the ‘have-nots’. The consequence of this will be a rising crime rate. But more dangerously, there will be an onset of tremendous resentment.
This Minister needs a crash course in policy and governance. This is the view of even his close comrades who have loudly whispered thus in the corridors of power. His attention should be directed, for example, to the APNU+AFC comprehensive Manifesto re: Conditional Cash Transfer. Just to state for him even if he feels shy to go by there, here are some gems:
• Conditional Cash Transfers (CCT) based on a feasibility or pilot study including, but not limited to, Nutritional Support; Housing Support; Public Transport and a Single-Parent Support Programme; vouchers for day-care and elder-care services and adult remedial classes and training; increased stipends for students attending Technical Institutes, Nursing Schools, School of Home Economics, Guyana School of Agriculture;
• Cash transfers through the Public Education Assistance Service (PEAS) and,
• Cash Transfers for the purchase of essential items.

This is a redistribution policy for equalizing opportunity – that an extra dollar of income means more to the poor (better welfare, increases utility) than for the rich. In effect, an extra dollar of income is worth more to a poor person than a rich person through redistribution policies such as social safety nets including conditional cash transfers that could reduce inequality. If we value democracy and we value social welfare, we will place a heavy value on equality which correlates with the decrease in crime, increase health and happiness in a population.

This cash transfer policy the Minister should know was tested in Brazil, just next door, and proved successful via the Bolsa Fam´ılia Social Protection Program. These policies the Minister must know find expression in the APNU AFC Manifesto re Conditional Cash Transfer that is needed for generating income and wealth for the masses, not this one farcically trumpeted contract to an elite black company.
Finally, Ramson’s PPP Government cash grants, like the recent Covid and Flood Relief grants, especially when so corruptly constructed are not income generating either. Just like the recently awarded construction contracts, these cash grants are payback with big kickbacks. These handouts, which has nothing but vote-buying as their attribute, will not address structural problems.

Harmon urges push back against Ramson

Sun Nov 28 , 2021
Support Village Voice News With a Donation of Your Choice. —warns Hits and Jams that supporting oppressors comes at a heavy cost Leader of the Opposition, Joseph Harmon has urged African Guyanese to mount an intense campaign against Culture Minister Charles Ramson jr for remarks he made denigrating black Guyanese saying on Saturday said that they lack role models. “I […] 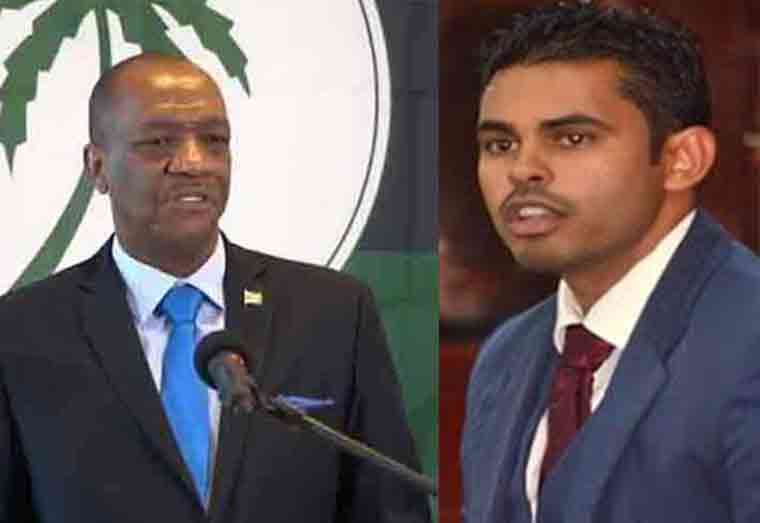