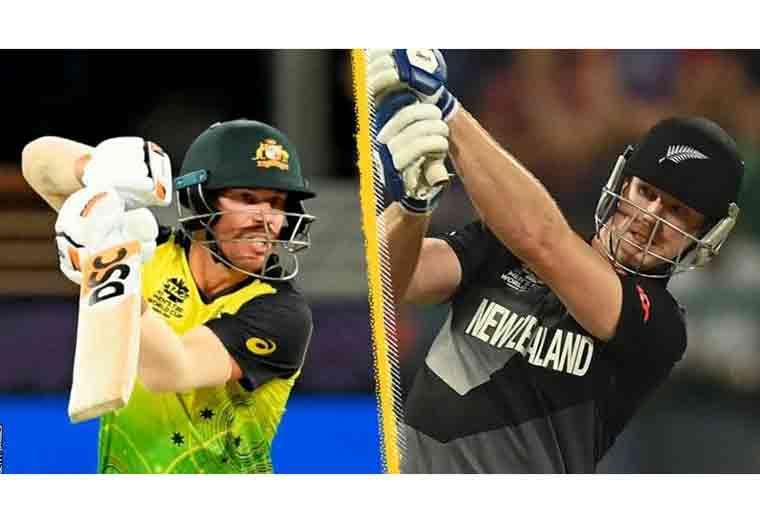 (BBC SPORT) New Zealand and Australia will be aiming to win their first T20 World Cup when they meet on Sunday in Dubai.

Both teams reached the final with stunning comeback victories in the semis, but who will come out on top this weekend? From the battle of the big-hitters to who can handle the pressure on the biggest stage, Carlos Brathwaite – a winner with West Indies in 2016 – discusses where the final will be won and lost.

The flick of a coin

The conditions in the United Arab Emirates make the toss a bigger factor that it really should be. The match will be played at 18:30 local time, meaning the lights will be on, there will be dew and it will be a really difficult proposition for whoever bowls second.

Trying to close out a game and attempting to bowl yorkers is also difficult for the seamers because you do not want the ball to slip out of your hand, be a full toss or a no-ball, and potentially concede a six or offer a free hit. The dew also affects the pitch and, if there is any inconsistency in bounce or lateral movement in the second innings, that is negated because the ball comes on to the bat nicely. So it is a better time to bat as well as a more difficult time to bowl.

The key wicket of Warner

All the talk during the Indian Premier League (IPL) was that David Warner was not in form. He said he was in form but had just not played a lot of cricket.

With 236 runs at a strike rate of 148.42 in six matches at the World Cup, the Australia opener has proven himself right. It is not just about the runs he scores, and how quickly he scores them, but if he hangs around for any period of time – like he did against Pakistan – it does not expose Australia’s right-hand-heavy batting line-up.

With Aaron Finch, Mitchell Marsh, Steve Smith, Glenn Maxwell and Marcus Stoinis, Australia have five right-handers in positions two to six. If New Zealand can get Warner early, it brings left-arm spinner Mitchell Santner and leg-spinner Sodhi into the game a lot more. If they do not get Warner early, they will have to bowl to a right-hand and left-hand combination, which can take the spinners, particularly Santner, out of the game.

The battle of the big hitters

New Zealand’s Glenn Phillips and Jimmy Neesham versus Australia’s Marcus Stoinis and Matthew Wade is a good match-up. Both teams chased down their semi-final targets in similar fashion, with some thrilling innings from their big hitters in the middle order. New Zealand scored 60 in four overs to beat England with an over to spare, with Neesham smashing a match-winning 27 off 11 balls, while Phillips has a strike-rate of 142.89 in T20 internationals.

Australia scored 52 in four overs to beat Pakistan – also with an over to spare – as Stoinis finished unbeaten on 40 off 31 deliveries and Wade struck a memorable 40 not out off only 17. In a tournament where it has been tough to score quickly throughout the innings, teams have had to lay a good foundation.

From there, it depends who can come in and play that X-factor role.

Who will handle the pressure better?

Australia and New Zealand are pretty evenly matched and the style of play has been pretty similar throughout: go hard in the powerplay, consolidate in the middle overs and then expect something from the back-end hitters.

As we see in many sporting finals, it could come down to who holds their nerve the better and seizes the big moments.

If you look at the two semi-finals, one shot from Neesham landed between England fielders Jonny Bairstow and Liam Livingstone, while Pakistan’s Hassan Ali crucially dropped Wade immediately before he hit three successive sixes to win the match.

Those were two big moments that were not seized by the fielding team – and they went on to lose the game. However, the players will not be overawed by the occasion on Sunday. They will both be champing at the bit to be part of their country’s first T20 World Cup win. Australia have a lot of experience in World Cup finals – they have won the 50-over title five times – while New Zealand reached the 50-over final in 2019 and won the World Test Championship final this year.

Players from both sides also have invaluable experience of playing in high-pressure franchise tournaments like the IPL which will also stand them in good stead.

What will a World Cup win mean?

Before the tournament there were plenty of questions around Australia coach Justin Langer and the culture within his team. They were well beaten in Twenty20 series in the West Indies and Bangladesh and there were rumblings in the media about players revolting against Langer. So for Australia to win the T20 World Cup would be massive for them and unify the team before this winter’s Ashes series against England.

On the other hand, there is a notion that this is a golden era for New Zealand cricket, and a T20 World Cup win will say a lot about this group of players. They played so well in the 2019 World Cup and everyone felt they were hard done by in losing the final to England in the super over despite scoring the same number of runs.

But the gracious way they took defeat in a somewhat controversial game, the way they kept their class throughout, earned them many fans. When they beat India to win the inaugural World Test Championship, many people were overjoyed for them. If New Zealand can get their hands on two out of three of those trophies, it will show the world that nice guys do not have to finish last.