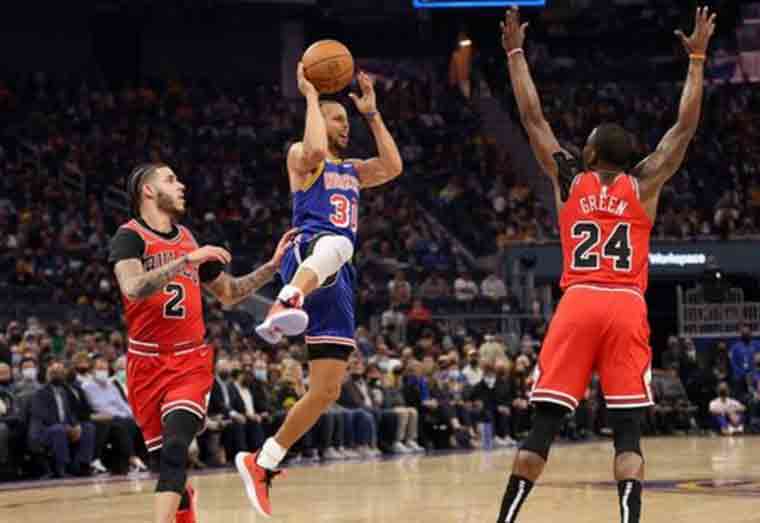 Stephen Curry set a record for the most three-pointers scored in all NBA games, including play-offs, as the Golden State Warriors beat the Chicago Bulls.

It was the 52nd time in his career he had notched up 40 points or more in a game, and came four days after he scored 50 against Atlanta Hawks. Official NBA records do not include play-off games, so Curry’s next task is to overtake Allen’s regular-season record of 2,973 three-pointers. Curry is now on 2,896. Against the Warriors, the Bulls got off to a promising start to lead 24-14 in the first quarter. But Golden State took control of things to hold the Bulls’ offense to just 33 points in the second and third quarters to cruise to a seventh straight win.

Andrew Wiggins scored 15 and Kevon Looney managed a game-high 10 rebounds for the Warriors while Zach LaVine scored 23 points and DeMar DeRozan 18 for the Bulls. Elsewhere, the Los Angeles Lakers slumped to a 107-87 defeat against the Minnesota Timberwolves with Karl-Anthony Towns scoring 29 points to help the hosts end a six-game losing streak.

Anthony Davis managed 22 points as the Lakers recorded their lowest points total of the season, and lost for the third time in their past five games – all of which they have played without the injured LeBron James. It was four straight wins for the Denver Nuggets, who condemned the Atlanta Hawks to a sixth straight defeat with a with a 105-96 win, while Miles Bridges scored 24 points and Gordon Hayward added 22 as the Charlotte Hornets beat the New York Knicks 104-96.

Luguentz Dort snatched a late win with 1.7 seconds left for the Oklahoma City Thunder in a 105-103 victory over the Sacramento Kings, the Houston Rockets fell to a 104-92 loss against the Portland Trail Blazers, and Kristaps Porzingis scored a season-high 32 points for the Dallas Mavericks as they claimed a 123-109 win over the San Antonio Spurs.

Dennis Schroder also managed a season-high 38 points as the Boston Celtics claimed a 122-113 win over the Milwaukee Bucks in overtime, while Jae Crowder and Devin Booker both scored 17 points to help the Phoenix Suns to a 119-96 victory over the Memphis Grizzlies. James Harden notched 39 points and 12 assists for the Brooklyn Nets in a 120-112 win over the New Orleans Pelicans, who suffered their ninth consecutive loss, while the Cleveland Cavaliers beat the Detroit Pistons 98-78 with Darius Garland scoring 21.

Sun Nov 14 , 2021
Support Village Voice News With a Donation of Your Choice. —data-defying Australia 40 overs away from elusive T20 glory (CRICINFO) Thirty-five minutes, forty-one balls, eighty-one runs, six sixes and four fours were enough to shift the narrative. Australia were dead and buried at 95 for 5 in pursuit of 177 in their T20 World Cup semi-final against Pakistan on Thursday […] 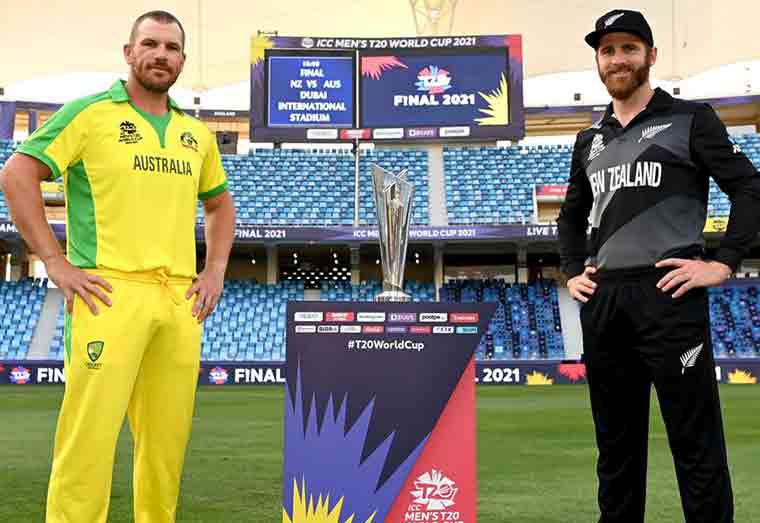