I read with interest a letter in Kaieteur News, titled “ Where is the younger generation of PNC Leaders?” written by Suraj Singh.

Beyond this criticism, which suggested that the PNC leadership is blocking the emergence of young party supporters, there are other contortions raised by Roysdale Forde accusing Aubrey Norton of promoting blackness within the PNC.

Norton has given a truthful and appropriate reply, which dismisses the falseness of Forde’s charge.

For now, we need to deal with the more serious issue as raised by Suraj Singh about young PNCites being suffocated.

In politics, as in everything else, there is always at least two or three sides to a story.

I speak with the voice of someone who entered the political arena as a nineteen-year- old working with and admiring two modern political icons, Cheddi B. Jagan and Forbes Burnham.

My sixty eight years therefore, in the political life of Guyana having never left these shores for so-called greener pastures , as many of my generation did, I believe I can address this dilemma of youths and the intractable problem of race and tribalism.

First, the world has changed dramatically since the pre-independence struggle; the stress of the Cold War and the complex nature of the post-Cold War, post-Jagan and post-Burnham eras.

The environment of that first period produced a substantial army of young men and women, in both the PNC and PPP.

Young people who were willing to make sacrifices, their personal nature was unafraid to weather the storms of life, for reasons which we can analyze later, we seem to be losing the courageous sacrificial breed of young people.

I recall, in December last year, a young man from West Demerara sought me out to advise him what he needed to do to join the Party to become a Member of Parliament, etc.

I outlined to him the work he needed to do in his village – teaching youngsters, who needed help, organising sports and cultural events and equipment and suggested how many hours per week he should devote to such an assignment. I have not heard from him since.

This represents the first challenge. As a teenager and in my early 20s in the political arena, like others, we faced an older generation who felt they knew it all and our place was at the back of the pack but we had the audacity not to ask for doors to be opened but pushed open those doors by dint of hard work, particularly among the proletariat.
We pushed open doors where the older folks with less energy could not shut us out.

At a Congress in the early 1960s, when I was proposed to be General Secretary, in perhaps the most difficult and trying times of our political life in Guyana, the major charge was that I was too young to take on the mantle of being General Secretary but Chief Lieutenant to the political leader, by organising groups, particularly of young people and others.

I prevailed and this gave a dynamism to the PNC and I say to Mr. Singh that in the present circumstances our young people must respectfully ignore what they perceive to be a hindrance or ambition of older party members.

Having said that, those who criticize the PNC led coalition for not giving the young opportunities are not fair.

The average age of the present Members of Parliament of the PNC led Coalition is forty years. This is an excellent effort , which beckons opportunities for young political activists.

What does Guyana need today to overcome the apparent frustration of our youths, racial and tribal problems?

Our youths need to engage our elders and to garner from them, their mis-steps and triumphs.

The older folks should also help our young people release their creative energies for the benefit of this and succeeding generations.

Our elders wherever they are must try to understand the anxiety, curiosity and ambition of young people and give them good guidance.

Beyond all this, political leaders, young and old must understand the world in which we live. The Cold War ended in the mid 1980s, but unless our leaders can understand the challenge from the US, Russia, China and India, they will be caught in a vice from which they will not be able to escape.

Unless our present leaders, young and old, appreciate the fact that the imperialist philosophy, which dominated the so-called third world, is still very much in place.

A philosophy which saw slavery as being alright, Indentureship being a necessity and with it the old tried and successful process of divide and rule.

It is this philosophy of divide and rule, which young and old in Guyana must guard against.

By way of example, this recently announced oil and gas programme constitutes a favourable future provided and I emphasize provided the Government and the Opposition, sit down and develop a common programme and approach we will end up with the crumbs falling from the Master’s table.

As sane, sensible young and old political leaders, we must know that unity is the only thing that can save us from the ravages of the mighty transnational corporations.

Arrogance present among leaders in both camps is a recipe for failure, fragmentation, and some forms of re-enslavement.

On the question of race, I was on a programme recently, when the host requested that we do not discuss race.

This is a monumental mistake. Unless you discuss something openly, frankly, freely and honestly, race and tribalism will devour us all.

We have come out of a system, where if certain groups express pride in being of African descent, Indo descent, Chinese descent, European descent, Amerindian descent, they are deemed racist.

The first step to unity, love and understanding is to be proud of your ancestry.

The next step, of course, is to really believe and I mean really believe that irrespective of race, colour or creed, we are children of the one wise Creator with a desire that our different shades of colour and texture of hair, should remind us that we must love the other person.

Today, many of our political leaders do not anchor their words and deeds, based on the above truism.

If that other person is to be judged, not on external features but the content of their character and their ability to serve family, community, country and the wider world, Guyana would be a better place.

The big question is how to get this cadre of persons in leadership positions to really believe and live based on the above.

For years, race in North America, Asia, Europe and other parts of the world has been a source of division and dislocation, ignoring in many instances, as in the case of Guyana, that the super-powers cultivated and maintained the system of dividing to rule.

I hope that our so-called leaders on both sides of our political divide would put an end to this foolish arrogance, stupid, self rightousness which at the end of the day will benefit only a small minority and while we fight among ourselves, and while we curse each other, the old master establishment will take advantage of this and we will be left with the little from oupr patrimony.

I end with my favourite quote from Shakepeare’s Julius Caesar “The fault, dear Brutus (dear Guyana), is not in our stars, But in ourselves, that we are underlings.

Sun Oct 31 , 2021
Support Village Voice News With a Donation of Your Choice. …as oil production ramps up offshore By Lisa Hamilton With additional FPSO vessels, drillships and other marine support vessels coming to Guyana as a result of oil production, waste volumes will considerably increase. Esso Exploration and Production Guyana Limited (EEPGL), a subsidiary of ExxonMobil, has expressed that Guyana does not […] 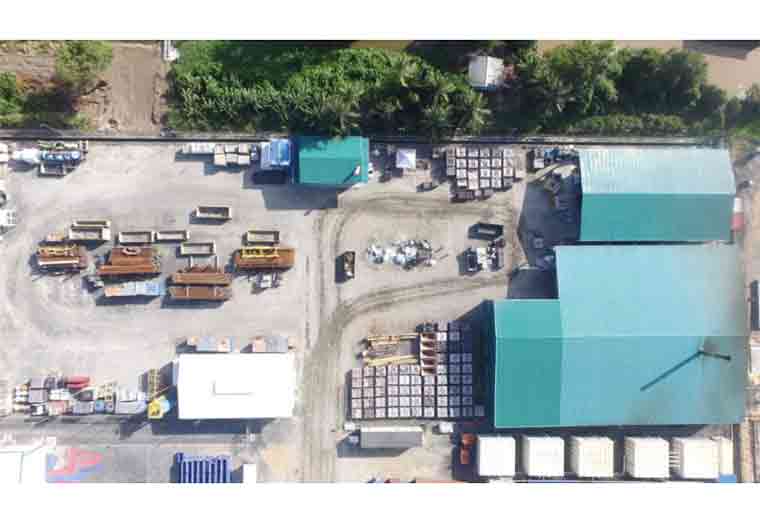