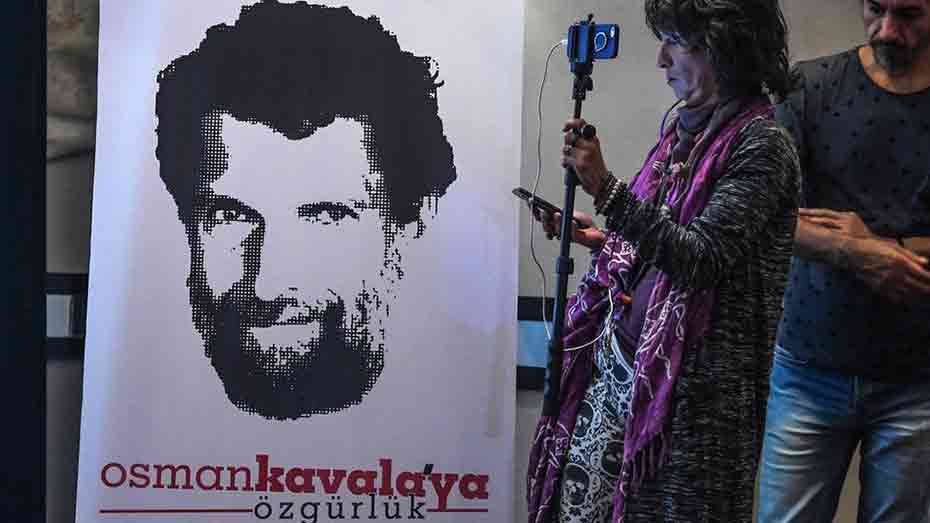 (BBC NEWS) Turkey’s President Recep Tayyip Erdogan says he has ordered 10 ambassadors, including those from the US and France be declared “persona non grata”.

It follows a statement from the envoys calling for the urgent release of activist Osman Kavala. He has been in jail for more than four years over protests and a coup attempt, although he has not been convicted.

Persona non grata can remove diplomatic status and often results in expulsion or withdrawal of recognition of envoys. This week’s statement on Mr Kavala jointly came from the embassies of the US, Canada, France, Finland, Denmark, Germany, the Netherlands, New Zealand, Norway and Sweden.

The Council of Europe, Europe’s main human rights watchdog, has given Turkey a final warning to heed a European Court of Human Rights ruling to free Mr Kavala pending trial. Addressing a crowd in Eskisehir on Saturday, Mr Erdogan said the ambassadors “cannot dare to come to the Turkish foreign ministry and give orders”.

He said: “I gave the necessary order to our foreign minister and said what must be done. These 10 ambassadors must be declared persona non grata at once. You will sort it out immediately.”

However, what will happen now remains unclear.

Mr Erdogan said the envoys should either understand Turkey or leave, Turkish media reported. The foreign ministry had summoned the ambassadors on Tuesday to protest at their “irresponsible” statement on the Kavala case. The embassies’ statement had criticised the “continuing delays” in Osman Kavala’s trial, which “cast a shadow over respect for democracy, the rule of law and transparency in the Turkish judiciary system”.

It urges a speedy resolution and calls for “Turkey to secure his urgent release”. Kavala was last year acquitted of charges over nationwide protests in 2013, but almost immediately rearrested. The acquittal was overturned and new charges were added relating to the military coup attempt against the Erdogan government in 2016.

A brief guide to Turkey’s coup

Mr Kavala denies any wrongdoing and critics of the Erdogan government say his case is an example of a widespread crackdown on dissent. Earlier this week, Mr Erdogan defended Turkey’s judicial system, saying: “I told our foreign minister: We can’t have the luxury of hosting this lot in our country. Is it for you to give Turkey such a lesson? Who do you think you are?”

Sun Oct 24 , 2021
Support Village Voice News With a Donation of Your Choice. (Barbados Today) A deadline of March 1st, the end of the current fiscal year, has been set for the Government to move away from long-standing agreements to subsidize a continuously failing sugar industry with thousands of dollars. Prime Minister Mia Mottley made the declaration as she lamented the fact that […]