Recently I wrote in the press that GuySuCo needs competent leadership and I sought answers to a number of pertinent questions among which were: Why were many experienced and qualified staff sent home whilst their positions are being filled by ‘square pegs’? Why did many experienced and qualified staff resign, especially in procurement and finance? Their positions now filled with misfits. These did not need answers since they were rhetorical questions. The scenario described below may provide some more answers.

A few days ago the dictatorial nature of a top official at GuySuCo became more pronounced when he allegedly cursed and dismissed the Senior Communications Officer at Head Office. It is alleged that she was instructed by him to place and advertisement for one week but she sought advice from a director and was told that such an advertisement must be placed for two weeks according to GuySuCo’s Procurement Laws. She abided by the laws, and that was her downfall. It is a shame that our women are treated in such a disrespectful manner by so called leaders. This top official is always right, it seems.

Apart from the Procurement laws, this top official is allegedly breaching the Fiscal Management and Accountability Act. The FMAA provides that monies allocated for one type of expenditure should not be used for another. It is alleged that monies allocated to Guysuco for capital expenditure are being used to pay routine expenses such as wages and salaries. This is in addition to funds being diverted from the reopening of the closed estates to the ones in operation. Why is this man giving a free rein? Why the deafening silence on this man’s incompetence?

These issues must be investigated and if found to be true then this official must face the brunt of the law and be dismissed forthwith. GuySuCo is too big to fail but with this current official, the fall is inevitable.

Boats with $20M worth of ganja seized in Corentyne

Sun Oct 24 , 2021
Support Village Voice News With a Donation of Your Choice. Police between Friday and Saturday seized two boats with Marijuana in the Berbice River. In a press statement police said ranks led by an Assistant Superintendent who were conducting an operation in the Berbice River, seized a total of 672 lbs (305.45kg) of suspected cannabis along with two wooden boats. […] 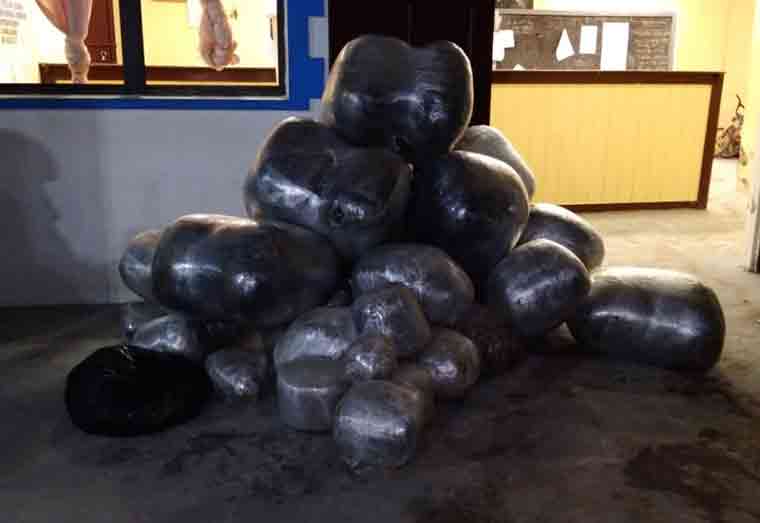