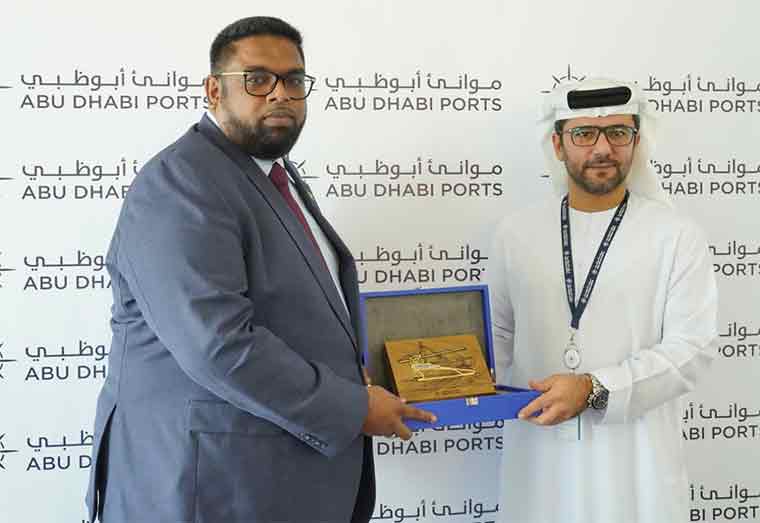 President Irfaan Ali on Wednesday said that Guyana wants to build a strong partnership with Abu Dhabi Ports to create a new logistics hub for the United Arab Emirates that will connect business opportunities in South America, Central America, the Caribbean, North America and West Africa.

President Ali made the statement while visiting Abu Dhabi Ports’ ultra-modern temperature-controlled vaccine storage warehouse facility.  The venue is also the home of the Hope Consortium at KIZAD and the Khalifa Port.

A Department of Public Information release stated that the CEO of Abu Dhabi Ports and owner, operator, developer and regulator of Abu Dhabi’s maritime infrastructure and Khalifa Industrial Zone (KIZAD), Mohamed Juma Al Shamisi, said that his company is very serious about investing in Guyana.

“Thank you for that trust. We are serious about Guyana, and I promise you we passed the time of thinking, now we are in the implementation stage. So what you will see today is the capability of Abu Dhabi Ports.”

President Ali said that Guyana’s contingent, which features a large delegation from the local private sector, is on “a very serious mission” in the UAE with the drive to have meaningful discussions and to make impactful decisions.

“We want to be in strong partnerships with Abu Dhabi Ports, seriously connected to opportunities in Brazil in the oil and gas sector, and creating a new logistics hub for the UAE in Guyana.”

The President emphasised to the group that his Government is willing to facilitate the project by creating incentives and by ensuring that investments made are feasible for all parties involved.

“We are ready to work with you on having that deepwater port ready for not only Guyana but for the region. And for the most important strategic positioning for the UAE in South America, the Caribbean—in Latin America. I think we could just think about it as an upscaled Panama [Canal] development.”

After the discussions, the CEO took the Head of State and his delegation through a guided tour, explaining the operation of the specific departments of the company as well as their work around the globe.

Thu Oct 21 , 2021
Support Village Voice News With a Donation of Your Choice. The Dubai Chamber of Commerce and Industry, its President and CEO Mr Hamad Buamim, indicated that the Chamber is ready to facilitate a Guyana Trade Office in Dubai. He said that the office will promote and expedite continuous investment and trade partnerships between the two countries, a DPI release stated. […] 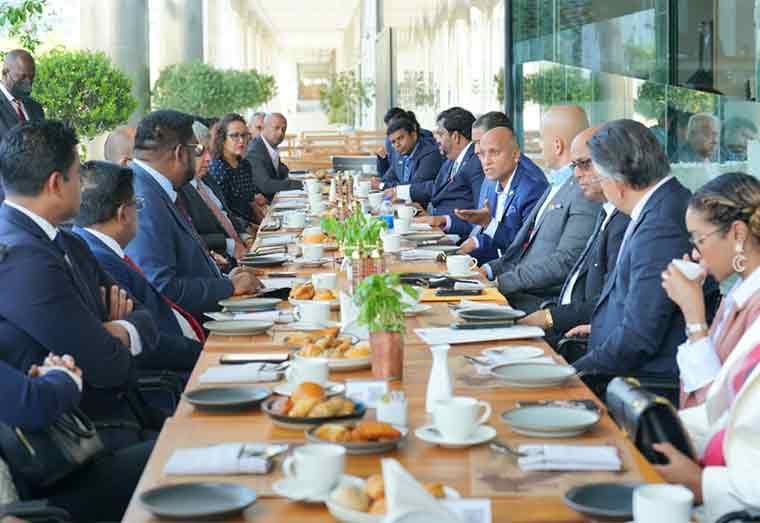