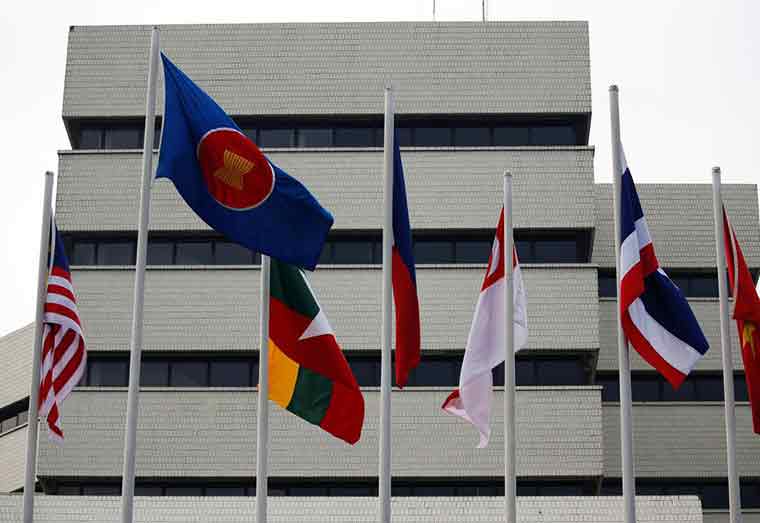 BANDAR SERI BEGAWAN, Oct 16 (Reuters) – Southeast Asian countries will invite a non-political representative from Myanmar to a regional summit this month, delivering an unprecedented snub to the military leader who led a coup against an elected civilian government in February.

The decision taken by foreign ministers from the Association of Southeast Asian Nations (ASEAN) at an emergency meeting on Friday night, marks a rare bold step for the consensus-driven bloc, which has traditionally favoured a policy of engagement and non-interference.

The statement cited a lack of progress made on a roadmap to restore peace in Myanmar that the junta had agreed to with ASEAN in April.

A spokesman for Myanmar’s military government blamed “foreign intervention” for the decision.

“The foreign interventions can also be seen here,” he said. “We learned that some envoys from some countries met with U.S. foreign affairs and received pressure from EU.”

More than 1,000 civilians have been killed by Myanmar security forces with thousands of others arrested, according to the United Nations, amid a crackdown on strikes and protests which has derailed the country’s tentative democracy and prompted international condemnation.

The junta says those estimates of the death toll are exaggerated.

ASEAN’s current chair Brunei said a non-political figure from Myanmar would be invited to the Oct. 26-28 summit, after no consensus was reached for a political representative to attend.

“As there had been insufficient progress… as well as concerns over Myanmar’s commitment, in particular on establishing constructive dialogue among all concerned parties, some ASEAN Member States recommended that ASEAN give space to Myanmar to restore its internal affairs and return to normalcy,” Brunei said in a statement.

It did not mention Min Aung Hlaing or name who would be invited in his stead.

Brunei said some member states had received requests from Myanmar’s National Unity Government, formed by opponents of the junta, to attend the summit.

ASEAN has faced increasing international pressure to take a tougher stand against Myanmar, having been criticised in the past for its ineffectiveness in dealing with leaders accused of rights abuses, subverting democracy and intimidating political opponents.

A U.S. State Department official told reporters on Friday that it was “perfectly appropriate and in fact completely justified” for ASEAN to downgrade Myanmar’s participation at the coming summit.

Erywan has delayed a long-planned visit to the country in recent weeks and has asked to meet all parties in Myanmar, including deposed leader Aung San Suu Kyi, who was detained in the coup.

Junta spokesman Zaw Min Tun said this week Erywan would be welcome in Myanmar, but would not be allowed to meet Suu Kyi because she is charged with crimes.

Malaysia’s foreign minister said it would be up to the Myanmar junta to decide on an alternate representative to the summit.

“We never thought of removing Myanmar from ASEAN, we believe Myanmar has the same rights (as us),” foreign minister Saifuddin Abdullah told reporters according to Bernama state news agency. “But the junta has not cooperated, so ASEAN must be strong in defending its credibility and integrity,” he added.

Chris Gayle has gone too far

Sun Oct 17 , 2021
Support Village Voice News With a Donation of Your Choice. Not for the first time, a contemporary West Indies cricketer has publicly sought to embarrass a legend of yesteryear. One remembers in 2012 Dinesh Ramdin flashing a sign to Vivian Richards after the great man criticized him. Ramdin would later express regret for his actions. Now, Chris Gayle has lashed […] 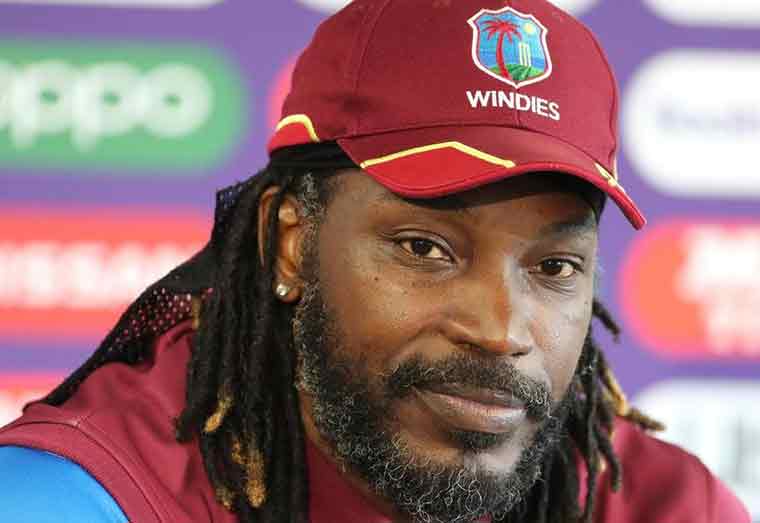