I read with much dismay a letter to the editor written by Clement J Rohee under the caption, ‘SWAT SOPs were in place’. I am not certain if the caption was that of the writer or the editor. Apparently, this missive was in response to a letter I wrote indicating that there was no written SOP in place for the Police SWAT SQUAD.

Rohee boasted that during his tenure as Minister of Home Affairs he sought and got Cabinet’s approval to set up a SWAT unit within the Guyana Police Force. His Ministry submitted a 24 page SOP in relation to the SWAT unit to the then CoP GPF. Was the SWAT team unilaterally installed in the Guyana Police Force? Was the action a policy? Was it operation? Was it the usual political intereference in the operational work of the police? No wonder the police did not act on it and craft a written SOP. I am of the opinion that there was no need for the installment of a SWAT team then and even now in the GPF. Paul Slowe who at the time was in charge of operations of the Force objected to it as he felt that the funds could have been better utilised in the area of intelligence and that members of the Tactical Services Unit were capable to effectvely deal with any serious or unusual situation that the SWAT team was likely to encounter. It was and is still a waste of human and other scarce resources of the GPF. TEG was right when according to Rohee it wrote, ” SWAT operations are inherently hazardous and that successful resolution of an incident may involve decisions that affect the lives and safety of all persons involved. ” This has manifested itself in a big way at Dartmouth where a member of SWAT unlawfully shot and killed unarmed Orin Boston in his bed. Rohee further posited, ” The SWAT unit SOP refers to its Mission, Joint operation Command, Risk Management, Organisational Structure, Personnel Positions and Duty Description, Crises Negotiation, Logistics, Technical Operations, Training, Afteraction Reports, Equipment Management, Use of Force, Use of Force Investigation and Protocals and Priority of Life.

The above is not a SOP. It is a collection of subject areas submitted by The Emergence Group in relation to the formation, training and operation of the SWAT team. Under no circumstances can it be considered a SOP as stated by Rohee. In law enforcement terms it does not have the basic characterists of a SOP. To put things in simple terms, a Standard Operational Procedure (SOP) is a step-by-step instructions by an organisation to help workers carry out routine and other operations. Space does not permit me to go into details about the charateristics of a SOP, but one can easily Google that information.

What the police should have done was to analyse the information contained in those areas identified in the documents submitted by Rohee; conceptualised and internalised it; and design, develop and implement a written SOP for the SWAT. With whole-brain thinking it could easily be compressed into a simple document, not a 24 page missive. The SOP should then be published in the Police Force Orders and then enshrined in the Police Standing Orders to be operationalised. This was not done, perhaps, because the police saw it as an unnecessary imposition of the SWAT squad on them.

Even at this time Rohee is not certain whether or not there is a written SOP for the SWAT team. Here is what he wrote, ” what is passing strange, was to learn seven years later and having been deployed on several occasions in Regions 2,4 and 6 and with the aporoval of three Commissioners of Police that ‘ There is no written SOP in place for the police SWAT squad. ‘

Let me again be very pellucid, there is no written SOP for the SWAT Squad. If any exists now, perhaps, it was hurriedly written after the unlawful shooting to death of Orin Boston at Dartmouth by a member of the SWAT team, and or after the publication of my letter. If it is in use let it be made public or quietly show it to me. If I am convinced that it is authentic I will apologise.
This will be my only response to Rohee. I will not waste any more of my precious time and effort to respond to and fro to irrelevancies, inaccuracies and inconsistencies that are propogated in the social media by Rohee and some others. To God be the glory.

Sun Oct 3 , 2021
Support Village Voice News With a Donation of Your Choice. MILAN, Oct 2 (Reuters) – The world’s major economies must “stretch to do more” at next month’s U.N. climate talks to show they are serious about wanting to tackle global warming, U.S. Climate Envoy John Kerry said on Saturday. The COP26 conference in Glasgow aims to secure more ambitious climate […] 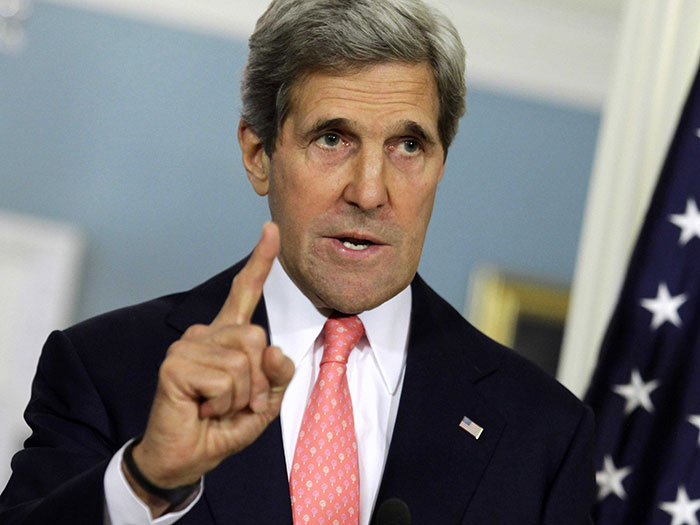