Late last Monday evening, I was reminded of what masquerades here in Guyana as clean leaders and clean followers. It was an obscene Facebook post brought to my attention, by one of the few decent PPP supporters around. It was so obscene and baseless that the people responsible, rushed to remove it within hours. So ashamed and so obvious were agents of brutish PPP leaders that they couldn’t stand by their cyber criminality.

Nonetheless, when contemptible men in the PPP Government haunt and utilise the cover of social media to attack conscientious citizens found objectionable, then light shines on the kind of government Guyanese have. For when monstrous leaders harbour predatory men in their bosom, then the hideous is cultivated and flourishes. They did that to me, because corrupt leaders and twisted followers don’t like the messages. In the manner of skulking bottom-feeding beasts, they wait in the weeds to attack. Facebook only partially camouflages such felons in government roaming under leadership and ministerial covers. It is savagely ironic that those with a history of child abuse, domestic abuse, substance abuse, taxpayer abuse misuse taxpayers funds to attack outspoken citizens. It is how subverters of the law-leaders and cronies-operate in Guyana, how they impugn the few that call them out, condemn them.

Since we have a president who say he is about accountability, I challenge him to account for taxpayers’ money used to wage criminal cyberwar on a citizen. There is a Vice President, and before the world, I point him to the vices let loose on those who dissent; probably courtesy of higher leadership sponsorship. And as the Attorney General moves to amend Guyana’s Cybercrime Act, he must remember this crime, and insert protections for citizens speaking truth, and feloniously maligned. This is regardless of how he and his leaders’ feelings are hurt. In today’s PPP Guyana, as unprecedented crimes flourish under the mantles of democracy and government, I enlighten the Attorney General: free and fair are not for elections only, but in all aspects of life. I share, though I expect nothing.

We cannot be of the law, but of low, dirty, dangerous men, when these vices originate in government’s corridors and offices. What played out so cowardly and calculatedly in the anonymity of Facebook is not of democracy’s idealism, but of Stalinist barbarisms. When corrupt-to-the-bone leaders and their criminally inclined henchmen engage in the creative for destructive purposes, just to overpower dissident voices that speak to truth, it conveys the criminally irretrievable state to which Guyana has deteriorated. Where PPP leaders and their members went on Monday evening, even the Mafia doesn’t go. I rope in PPP leaders, because it is precisely these types of fiends that make a part of their dirty tricks company, but gives them deniability. Who and what is next?

In a healthy democracy, honest disagreement prospers; confronting messages that clash is an inherent aspect of that vibrancy. Yet, instead of challenging the messages, the messenger is targeted from behind electronic barricades. With appalling falsehoods. With human rodents scurrying around social media. I challenge them, be men (real ones), come out in the open and contradict. It is neither clean nor transparent nor accountable nor ethical government to operate in these underhanded ways to get even with imagined foes. All these snares of the fowler shall be overcome, even if silenced.

Editor, with that criminal Facebook action, PPP leaders confirm their close imitations of the Hitlerite, with many Goebbels and other reprobates doing their repulsive handiworks. What’s next? The Final Solution for troublesome Guyanese?

Sun Oct 3 , 2021
Support Village Voice News With a Donation of Your Choice. (TRINIDA EXPRESS) FORMER executive chairman of CL Financial and CLICO director Lawrence Duprey acted oppressively, unfairly and with prejudice to the companies when he facilitated a deal to sell shares in what was then called CLICO Energy to Proman Holdings (Barbados) Ltd in February 2009. CL Financial and CLICO together […] 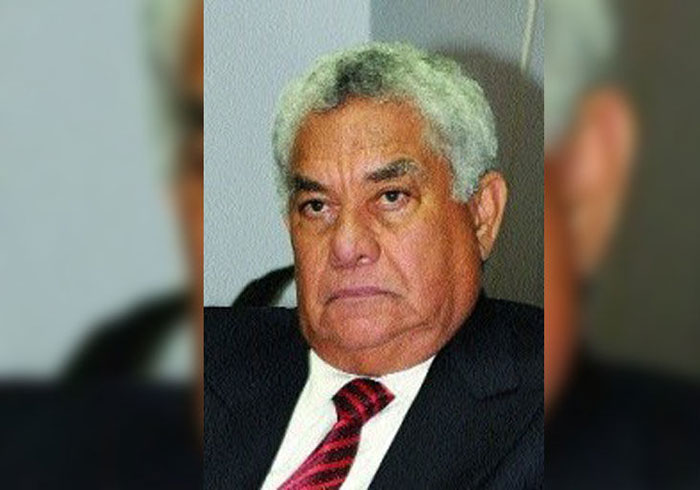