Since the last week of May 2021, a Panamanian-registered vessel at the centre of a fuel fiasco involving the Guyana Oil Company (GuyOil) has been detained offshore Guyana and the crew onboard have described the conditions as inhumane from roach infestation to no electricity during the day.

At the same time, a diplomatic row may be brewing as a result of the situation as the authorities plan to charge the vessel’s crew for illegal entry, although the vessel was in international waters at the time it brought fuel to this region back in April. A source explained that when the ship arrived offshore Guyana, it made contact with the lighthouse and its crew was told to proceed to anchorage, some 20 miles offshore. While there the army detained the vessel. At that same time, the soured fuel deal was in the making onshore.

The importer of the fuel had no import licence and questions on how he was able to import fuel without a licence, in a deal made with GuyOil, came to the fore.

Well-orchestrated plan
Reports are emerging that by charging the vessel for illegal entry, officials at the Guyana Revenue Authority (GRA) and the Guyana Defence Force (GDF) would be paid informant fees, which according to sources within the GDF amount to millions. The move which will likely ignite the diplomatic issue, is seen as a well-orchestrated plan for persons connected to the issue to pocket large sums of monies, Village Voice News was told by its sources. When vessels are detained, monies are usually paid to the entity or persons who provide information on their presence to the authorities. It was explained that in this situation, the presence of the ship in international waters was already established since it was bringing fuel prior to the deal turning sour.

Following the public exposure of fuel deal, late in April, President Irfaan Ali had told members of the media during a press conference that GuyOil board members Shawn Persaud and Akanni Blair were removed from the body in relation to the scandal.

President Ali, during his press conference, said his administration inherited a number of issues relating to GuyOil. He said at the time that an investigation was ongoing into an alleged $300M a fuel scandal involving the GDF.

Situation on board
Currently, there are 15 Venezuelan crew members on board the vessel at the centre of the issue. In addition, there are GDF ranks and GRA officers onboard who are also complaining about the conditions onboard the vessel called ‘The President’. According to sources within law enforcement, the occupants of the vessel spend most of the days on the deck of the ship since no electricity is provided during the day. Reports are that the Venezuelan crew is growing increasingly worried about the situation on board the roach-infested vessel.

The fuel remains onboard the vessel which is moored in anchorage some 20 miles offshore and according to sources, the bill to upkeep the boat has climbed to almost $100M. That money is funded by the GRA and it covers costs to pay the GDF and GRA staff out at sea, food for the crew and maintenance. A source explained that it may be cheaper to keep the vessel at sea, rather than at a wharf where the cost to moor at a local port may be costlier.

Back in April this year, the fuel deal involving former GuyOil board members and other officials of the oil company entered the public domain as persons involved in the deal allegedly wanted more kickbacks. As a result, the deal fell through and voice recordings subsequently emerged of the deal.

The Kaieteur News reported in April of a series of screen-captures of what is purportedly a WhatsApp conversation between a senior official at GUYOIL and the dealer, Jayson Aaron, principal of Aaron Royality Inc. (ARI), in which the deal is discussed and during which the official instructed Aaron to delete the conversation. Aaron was subsequently charged and released for committing a cyber-crime.

Prior to the release public exposure of the kickbacks scandal, GuyOil’s CEO Trevor Bassoo had tendered his resignation citing matters of concern. The fuel in question was being sourced by GUYOIL for the Guyana Power and Light (GPL) Corporation, which had reportedly been met with a shortfall of fuel and required the emergency shipments.

Sun Oct 3 , 2021
Support Village Voice News With a Donation of Your Choice. (CMC) Former West Indies batting Coach Toby Radford said fitness will play a critical role in the success of the Windies squad during the International Cricket Council (ICC) Twenty20 World Cup from October 17 to November 14 in the United Arab Emirates and Oman. Radford said any chance Kieron Pollard’s […] 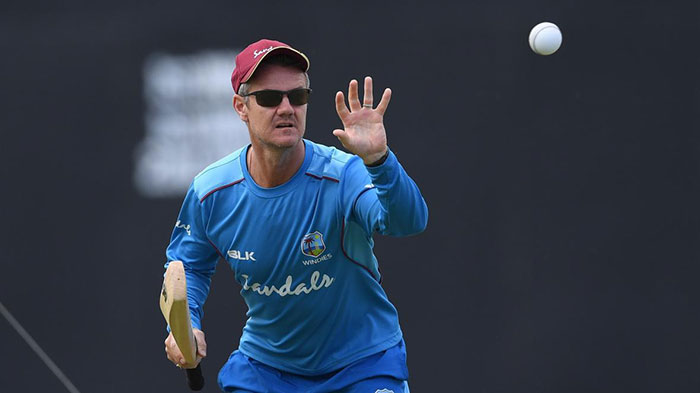