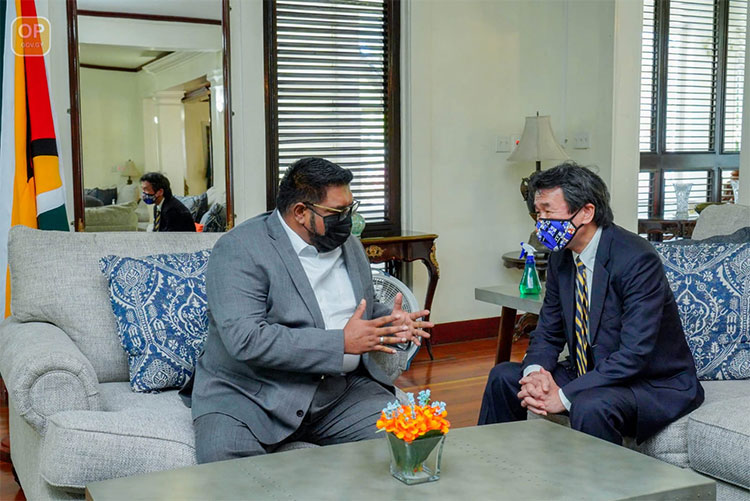 Non-resident Ambassador of Japan to Guyana and Trinidad and Tobago, Tatsuo Hirayama has signalled his country’s interest to invest additionally in Guyana in the areas of renewable energy, agriculture, COVID-19 and more during his visit to the country.

Because of the COVID-19 pandemic, it is the Ambassador’s first business trip to Guyana in one year and seven months. During a courtesy visit to President Irfaan Ali on Wednesday at State House, he presented the President with a token of appreciation and they spoke further on areas of collaboration.

Meeting the day prior with the Ambassador was Minister Todd who expressed appreciation to the Government of Japan for its support in the areas of COVID-19, technical training and cooperation on energy generation.

Todd underscored that energy generation remains a developmental priority for Guyana and it is his Government’s hope that Japan will continue to be a strong economic partner as there are increasing opportunities available for investment in Guyana aimed at diversifying the economy.

Minister Todd and Ambassador Hirayama noted the commonalities between Guyana and Japan at the multilateral level including climate change, respect for territorial integrity and sovereignty, respect for democracy and the rule of law and the promotion of human rights.

Ambassador Hirayama’s visit to Guyana coincides with the ceremony to mark the completion of the Japanese Grant Aid Project for the Introduction of Renewable Energy and the Improvement of Power System, under the executing agency of the Guyana Energy Agency (GEA). The commissioning of this project occurred on September 27, at the Canefield Power Plant in Berbice.

Meanwhile, meeting with Minister Mustapha, the two discussed possible areas for collaboration in the agriculture sector such as aquaculture, non-traditional crops, and drainage and irrigation infrastructure. With Minister Bharrat, Ambassador Hirayama expressed his commitment to remaining engaged and enhancing technical cooperation between the two countries for mutual benefits.

The Ambassador has also met with Secretary-General of the Caribbean Community (CARICOM) Carla Barnett in Guyana. Discussions centred around Japanese assistance to the CARICOM, climate change, disaster risk management and renewable energy.

Guyana and Japan established relations on June 11, 1969, and have had fruitful relations since. Meanwhile, Ambassador Hirayama was appointed in 2019

Thu Sep 30 , 2021
Support Village Voice News With a Donation of Your Choice. IDB Invest, a member of the IDB Group, has incorporated Guyana Bank for Trade and Industry (GBTI) into its Trade Finance Facilitation Program (TFFP) through a guarantee and funding facility. GBTI is Guyana’s largest indigenous bank actively providing financing and other banking services to the country’s productive sectors, the IDB […] 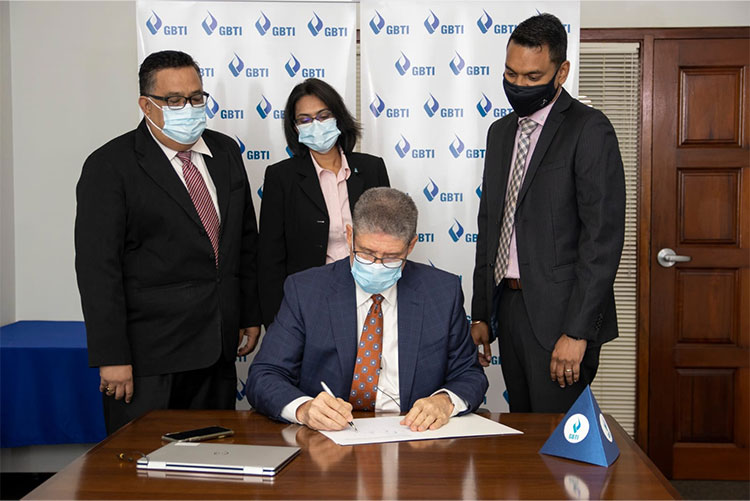