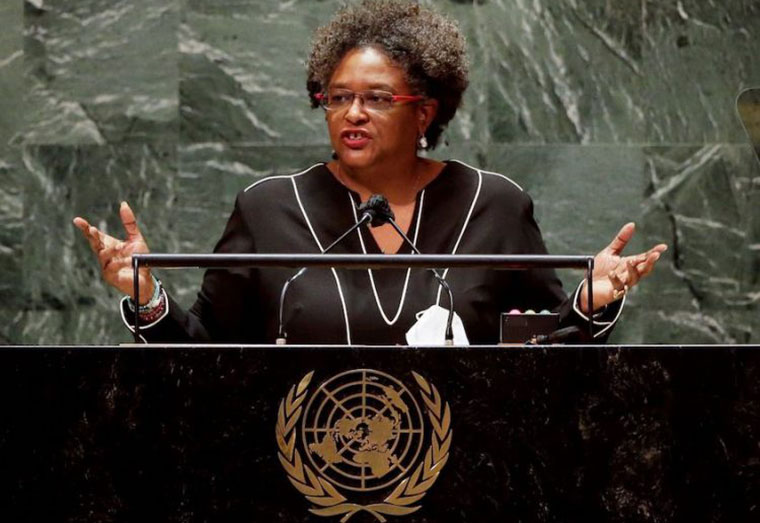 UNITED NATIONS – Prime Minister Mia Mottley laid into the 76-year-old United Nations for failing to “move the needle” of action on increasing perils such as COVID-19 and climate change, questioning who will “get up and stand up” for the world’s people.

In what has become a set piece of her international appearances, she took to the floor of the UN General Assembly in New York with unscripted remarks containing a flurry of questions for a congress of global leaders “that only comes and does not listen to each other that only talk and will not talk with each other”.

And yet again, she sounded the theme of a “global moral strategic leadership” which she declared was desperately needed.

Mottley deviated from her scripted speech as she said: “We must lead and we must act. How many variants of COVID-19 must arrive, before a worldwide vaccination plan is implemented? How many deaths must it take, before 1.7 billion excess vaccines are shared?

“How much must global temperatures rise, before we end the burning of fossil fuels? How much must sea levels climb, before those who profited from stockpiling greenhouse gases contribute to the loss and damage they caused?

“And yes, how much must hurricanes destroy, locusts devour, and islands submerge, before we recognise that US$100 billion is not enough? The answer Mr President, is that we are waiting for urgent leadership.”

She went on to press the international community to indicate how many crises and natural disasters need to hit before there is a change of the old conventions of aid in order to reach those most vulnerable.

Mottley also questioned the unwillingness of states to deal effectively with fake news even as they continue to defend the public digital spaces.

The Prime Minister also called out the world’s wealthy technology firms, questioning how much richer they must get before “we worry about how so few have access to data and knowledge”.

She said: “We have the means to give every child a tablet, every adult a vaccine and invest in protecting those most vulnerable from a changing climate but we choose not to.

Mottley warned that unless decisive action was taken, no country would be left unscathed.

“If we do not control this fire, it will burn us all down. As I said two years ago… now is the time for leadership,” she said, questioning who will sign the new charter for the 21st century that will bring hope and progress for “our people now”.

Mottley said that the world have been schooled in accepting that democracy is fundamentally about the will of the majority.

She said: “If that means something in this international community in this global civilization, the question must be when therefore will the majority of nation states and citizens of the world have the right to shape the destiny of this world? This is not 1945 with only 50 countries signing the [UN] Charter.

“Our voices must be heard and must matter.”

She said Barbados is calling on the international community and people of the world to “indicate the direction that we must go in to save our planet and to save our people.

“We will move a resolution in plenary to endorse the direction proposed by the Secretary General in his speech and Our Common Agenda. And we will reach out to the people of the world directly especially our young people whose world it is that is in peril,” she added. (SD/CMC)

Sun Sep 26 , 2021
Support Village Voice News With a Donation of Your Choice. (BBC SPORT) Manchester City produced an impressive display to end Chelsea’s unbeaten start to the season with a deserved victory at Stamford Bridge. In the meeting between two sides fully expected to fight it out for this season’s Premier League title, the reigning champions dominated against a strangely passive and […] 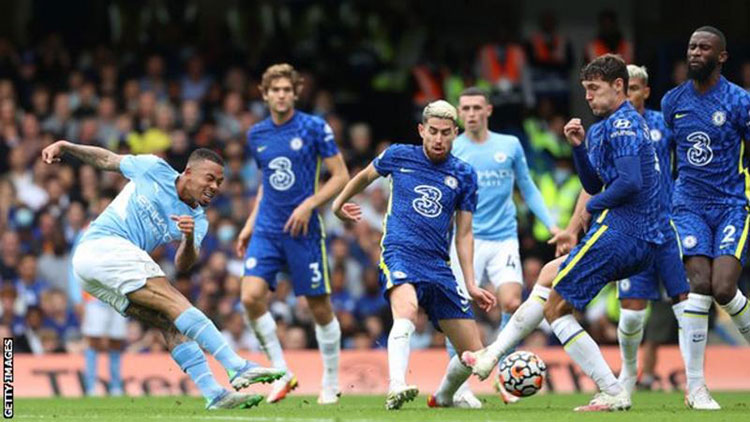