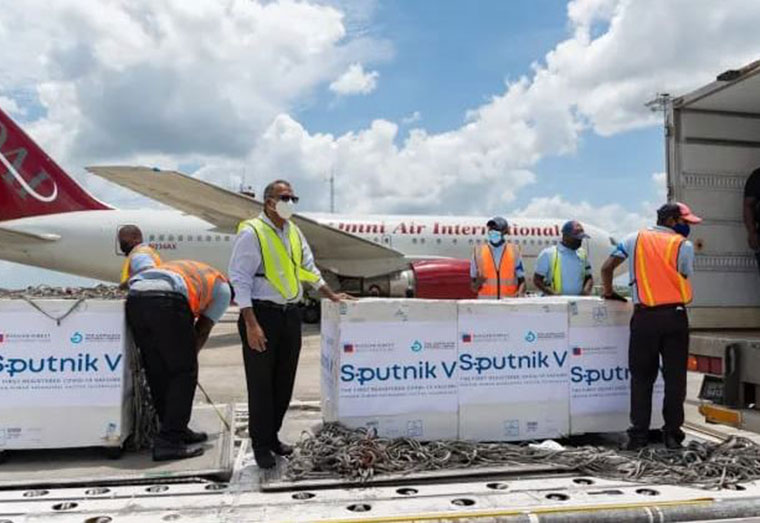 President Irfaan Ali urged world leaders not to implement measures that would hinder the free flow of international travel based on the type of vaccine administered.

“The access to vaccines saw the world polarized.  I know, I speak on behalf of many leaders when I say that we must not now hurt our efforts at ending this polarization of access to vaccines by implementing measures that divide us and curtail our movement based on the type of vaccines our people took,” the Guyanese Head of State said in his address at the 76th Session of the General Assembly of the United Nations in New York on Thursday.

His statement comes at a time when many countries, in the implementation of their vaccine policies for international travelers, have opted not to recognise the Russian made Sputnik-V vaccine on the basis that it has not secured Emergency Use Authorization (EUA) from the World Health Organization (WHO).

In Guyana, Sputnik-V is among vaccines widely administered to the Guyanese populace.

“Millions took the vaccines which were available at a time of much uncertainty, and they are the unsung heroes.  They must not now be the subject of restrictions based on the vaccines they took,” President Ali said.

He said the COVID-19 Summit hosted by US President Joe Biden was a welcomed initiative.

“We are pleased that it resulted, not only in commitments for joint global action, but also in the allocation of resources to achieve necessary and agreed objectives.

Similarly, we welcome the fact that, earlier this month, the Heads of the International Monetary Fund, World Bank Group, World Health Organization and World Trade Organization met with the CEOs of leading vaccine manufacturing companies to discuss strategies to improve access to COVID-19 vaccines, in low and lower middle-income countries and in Africa,” he said.

His said Guyana is pleased that the Heads of the International Organizations and the CEOs of the major pharmaceutical companies have formed a technical working group to exchange and coordinate information on vaccine production and deliveries.

“These are positive developments which are welcome, even though they have come after millions have died and many more millions still live under the threat of death,” the Head of State said.

PNCR to Anthony: 'Step up or step aside’

Thu Sep 23 , 2021
Support Village Voice News With a Donation of Your Choice. …stresses need for comprehensive approach to tackle raging COVID-19 pandemic People’s National Congress Reform (PNCR) Executives, Dr. Karen Cummings, MP and Dr. Richard Van West Charles, on Thursday, said it is time for the Minister of Health, Dr. Frank Anthony to ‘step up’ or ‘step aside’ as they expressed disappointment […] 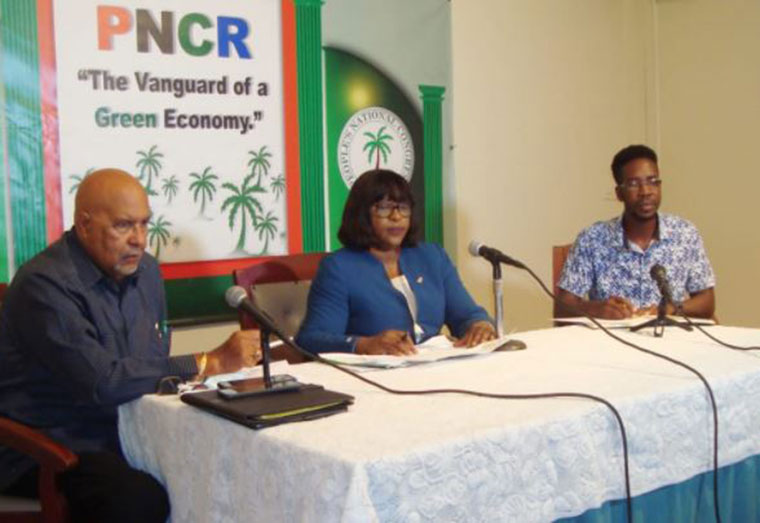