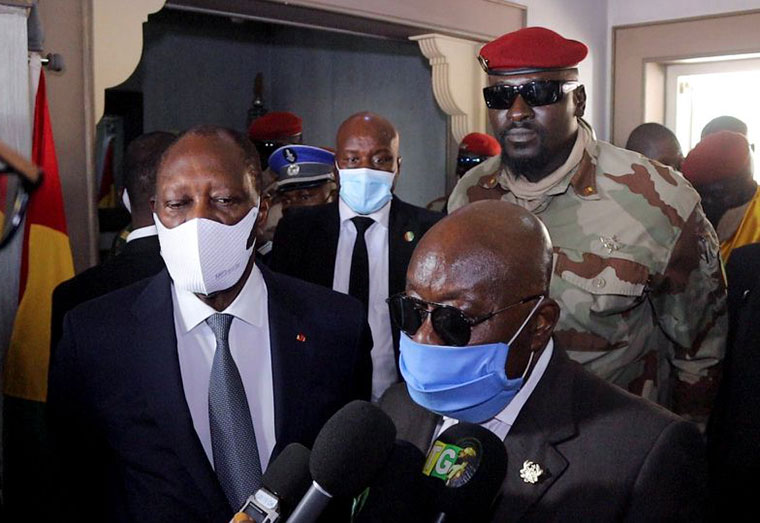 CONAKRY, Sept 17 (Reuters) – Guinea’s military junta said on Friday it would not bow to regional pressure and allow President Alpha Conde, detained since his overthrow on Sept. 5, to leave the country.

Outtara had been hoping to leave Guinea with Conde, a senior regional government official told Reuters.

“The former president is and remains in Guinea. We will not yield to any pressure,” the junta said in a statement read on state TV.

Ouattara and Akufo-Addo, representing the 15-member Economic Community of West African States (ECOWAS), held a separate meeting with Conde at the Mohamed VI Palace in Conakry, but flew out the country on Friday evening empty-handed.

Ouattara told Radio-Télévision Guinéenne (RTG) at Conakry airport before leaving: “I met my brother Alpha Conde, who is doing well. We will remain in contact.”

Akufo-Addo told RTG: “We’ve had a very frank and fraternal meeting with Doumbouya and his collaborators. I think that ECOWAS and Guinea are going to find the best way to move forward together.”

ECOWAS has demanded a return to constitutional rule since the special forces unit seized control of the presidential palace, detained Conde and declared itself in charge.

The bloc agreed on Thursday to freeze financial assets of the junta and their relatives and bar them from travelling. The junta has not responded.

Events in Guinea followed coups in Mali and Chad earlier this year that have raised fears of a democratic backslide in a region only just shedding its “coup-belt” reputation.

Guinea’s coup leaders have held a week of consultations with public figures and business leaders to map out a framework for a transitional government.

ECOWAS’s credibility in Guinea has been strained since 2018, when the bloc failed to condemn Conde for running for a third term in office last year, despite a law declaring that presidents must step down after two and widespread protests.

Ouattara himself used a constitutional change as an excuse to run for a third term last year, a move critics decried as illegal.

Following Thursday’s summit, during which ECOWAS also pressured Mali’s transitional government to hold elections by February 2022, the regional body said it would be reviewing protocols on democracy and good governance. On departing the airport in Conakry, the ECOWAS motorcade passed dozens of pro-junta demonstrators brandishing signs. One read: “ECOWAS does not decide for us.”

Sat Sep 18 , 2021
Support Village Voice News With a Donation of Your Choice. WASHINGTON, Sept 18 (Reuters) – Hundreds of police officers were patrolling around the U.S. Capitol on Saturday, ahead of a rally by supporters of the people who breached the building on Jan. 6 trying to overturn former President Donald Trump’s election defeat. A black eight-foot-high (2.44 m) fence which surrounded […] 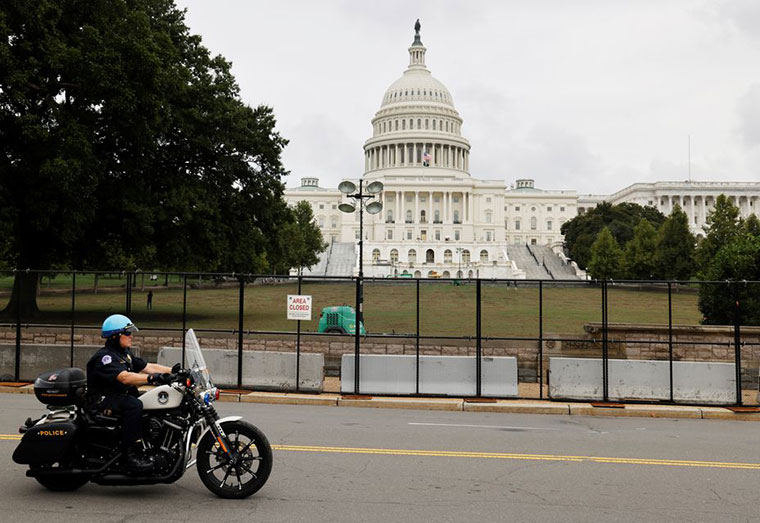