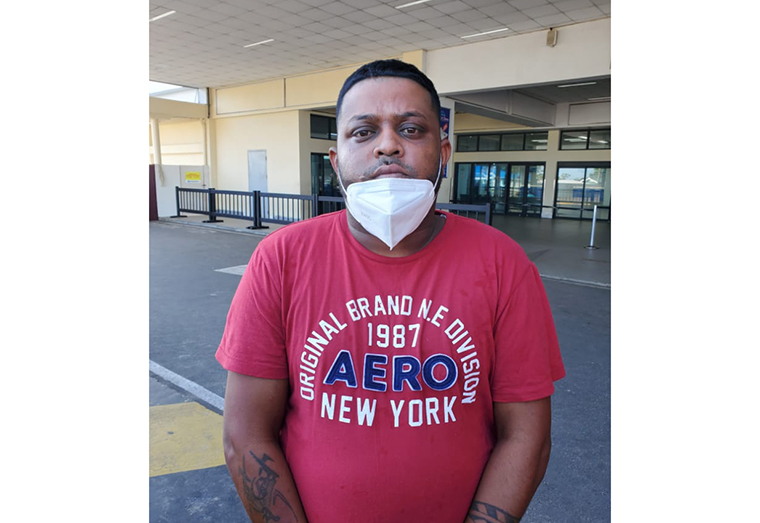 …sent back to Guyana to face charge

A Guyanese man, who was wanted by the Guyana Police Force for attempted murder, was intercepted at an airport in the US and immediately sent back to Guyana to face the charge.

Crime Chief Wendell Blanhum, in a statement, said the suspect – Ganesh Sewcharran –  was arrested on Wednesday, September 15, 2021 and placed in police custody after he was denied entry into the USA.

According to Blanhum, investigators received information that Sewcharran (for whom a Wanted Bulletin was issued Tuesday night) managed to board a flight to the USA at 17:26hrs on Tuesday the 14th September, 2021.

“As a consequence, the GPF contacted law enforcement officials in the USA and informed them that the suspect was WANTED by the local police. Hence, upon his arrival in the USA,  the suspect was denied entry and sent back on a  flight to Guyana which arrived at 06:54 hrs this morning (September 15),” the Crime Chief detailed.

The suspect was then promptly arrested by local investigators and placed in custody.

Wed Sep 15 , 2021
Support Village Voice News With a Donation of Your Choice. A 29-year-old businessman was shot dead in his home by the police during an anti-crime operation in Essequibo. Dead is Orin Boston – a father of two of Dartmouth, Essequibo. His death has sparked a fiery protest in his village. The Guyana Police Force, in a statement, said ranks were […] 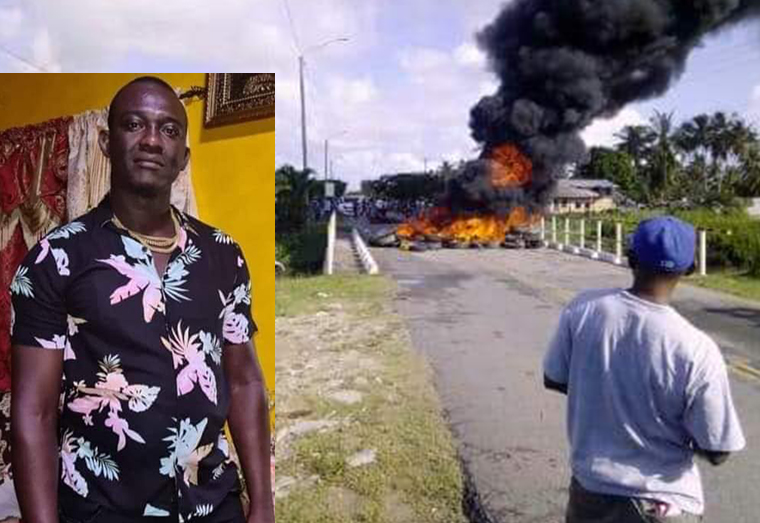