Former President, Brigadier (Ret’d) David Granger said the signing of defence and security agreements in the absence of a National Defence Strategy will not redound to the benefit of Guyana or its national interest.

Granger made the statement during his weekly programme – The Public Interest – on Friday, while assessing the various defence and security agreements Guyana signed with its bilateral partners during the People’s Progressive Party/Civic’s (PPP/C’s) first year in Office.

Among the agreements signed were the Shiprider Agreement with the U.S in September 2020 and the Cooperation Agreement among Guyana, France and Suriname signed in August, 2021 to improve cross-border security. Granger, however, believes that the Government has not necessarily advanced Guyana’ national interest in the signing of the agreements, and during the country’s involvement in bilateral and multilateral programmes such as the US sponsored multinational event – ‘Exercise Tradewinds.’

The former Head-of-State pointed to the unprecedented pomp surrounding the visit of former US Secretary of State, Michael Pompeo to Guyana and Suriname in September 2020.  He contended that the interest shown was not only linked to the two countries’ emergent petroleum industries but also the United States of America’s competition with the People’s Republic of China’s economic expansion.

“American’s interest is not unrelated to its desire to gain advantages over the People’s Republic of China, so it is US-PRC battle and I just hope that the Cooperative Republic of Guyana, doesn’t get squeeze between the two giants,” Granger said.

Throughout the programme, Granger contended that the recently signed agreements will have no significant impact on the security of Guyana’s borders.

“For example, the United States has had relations with Guyana from the time of Independence but we have been struggling gasping for breath for years and we have never really gotten any serious defence support from some of the western powers, and we were more or less on our own,” the defence and security expert contended.

He added: “Our military establishments, our training schools were built on our own. Although we get a training course here and a training course there, substantially, Guyana has had to carve its own way in terms of Defence Policy.”

Granger said while the Government has been advancing military relations with countries such as the US, France and Suriname, it appears to have placed Brazil on the back burner though the country has been a “very strong friend to Guyana.”

“It seems that the military or the defence relation with Brazil is quite muted at present and I don’t know if it is a deliberate act of policy or if it is a matter of neglect but I feel that the Brazilian relations, it must be nurtured and they must remain healthy if Guyana is to enjoy security on all of its borders,” he said.

He added. “Brazil has been a good friend and we should always cultivate good friendships on our borders.”

President Ali, while unveiling the policy in February, 2021, explained that it was tailored to enhance civilian and military connection, improve soldiers’ welfare and to fortify the country’s defence line through the acquisition of aircraft and marine vessels while cultivating international relations. But Granger contended that the policy is rather elementary.

While underscoring the need for a comprehensive National Defence Strategy, Granger also made a case for the establishment of a Department of Defence.

“Without that I do not think it would be possible to discharge the functions of defence planning adequately particularly in this complicated situation,” Granger said.

He said the PPP Administration must know that it is not a lone ranger in the field of defence and it must evince a deeper understanding of Guyana’s national interest.

Over 1000 residents to benefit from new water system at Moraikobai

Mon Sep 6 , 2021
Support Village Voice News With a Donation of Your Choice. Approximately one thousand residents are now beneficiaries of new water service connections and an improved water supply in Moraikobai, Region 5, the Guyana Water Inc has said. Minister within the Ministry of Housing and Water, Susan Rodrigues commissioned the Moraikobai Water Supply System on Friday, September 3 following rehabilitation of […] 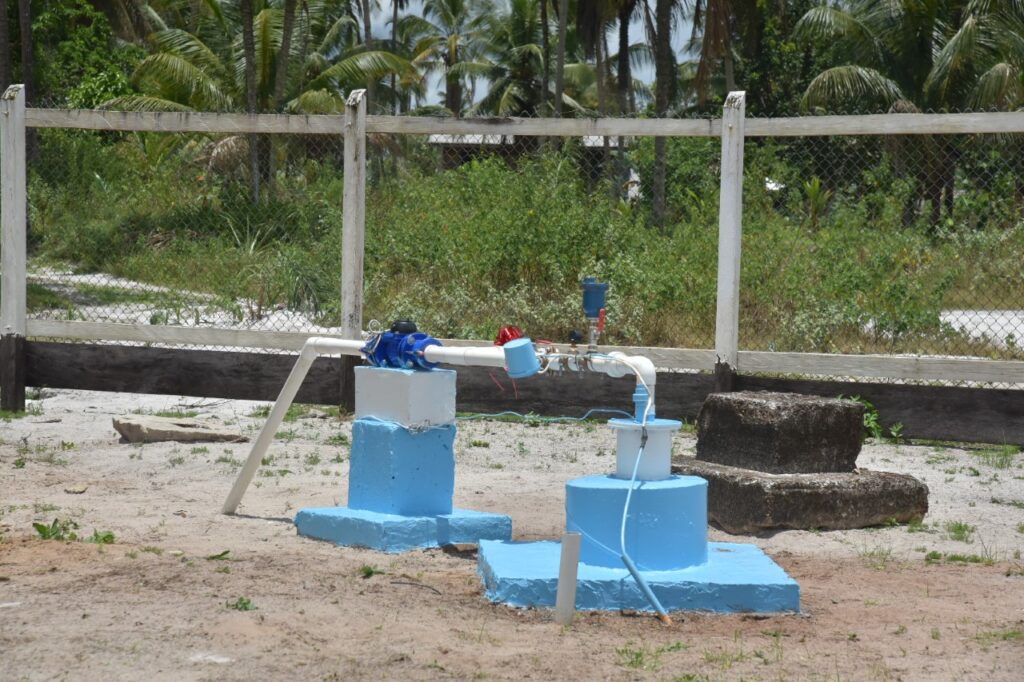