Those who know the facts will realise that this is yet another propaganda blitz.

As we celebrate Amerindian Heritage Month, I wish to remind all Guyanese but in particular our Amerindian Brothers and Sisters of only one example of this absurd claim that the PNC did nothing for Amerindians.

It was the PNC under Forbes Burnham that sought to bestow great honour on our indigenous people, the Amerindians, by naming our main International Airport, Timehri.

During the PPP term in office (1957-1964), our Airport was known as the Atkinson Field Airport, named after a foreigner.

Timehri of course, is identified with the history of the Amerindian.

It is a Carib word for rock motifs and generally identified as a significant aspect for Amerindian Culture and History.

It was the PPP that showed great disrespect, disdain and disregard for our Amerindians by renaming the airport after Dr. Cheddi Jagan.

This renaming is unforgiveable and during Amerindian Heritage Month, it is disgusting that the propaganda gurus should be so bold and have the temerity to say that the PNC did nothing for the Amerindians.

In addition to naming the airport after the Amerindians, we also had our international acclaimed artist, Aubrey Williams paint the front of the airport with Amerindian Rock Paintings.

Some of which seems to have been obliterated by cultural barbarians before 2015.

It is unnecessary for me to go into other aspects of this absurd claim but pause to rely on the above facts.

Sun Sep 5 , 2021
Support Village Voice News With a Donation of Your Choice. …now saying secondary students must be fully vaccinated before return  The Ministry of Education has clarified that in order for students 12 years and older to return to schools they must be fully vaccinated with both doses of the Pfizer vaccine. Following this, it was noted that each secondary school […] 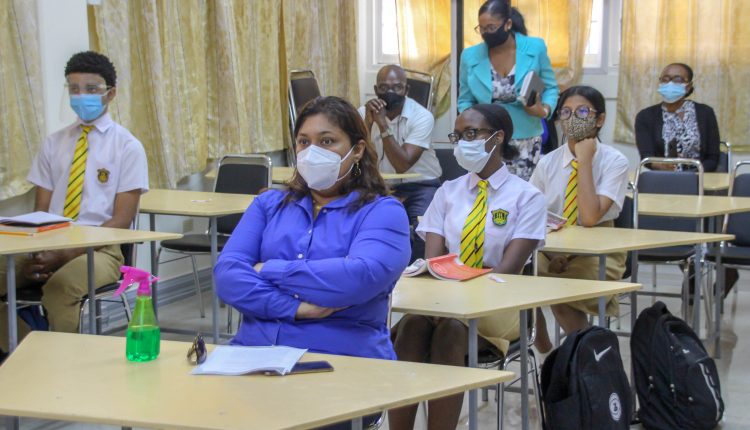