Bibi Sharima-Gopaul and her ex-lover Jarvis Small, who, in 2015, were found guilty of murdering 16-year-old Neesa Gopaul, will now serve a reduced sentence of 45-years each after the Court of Appeal found that the Trial Judge, Justice Navindra Singh erred in his consideration of the sentencing.

In March, 2015, Neesa Gopaul’s mother Bibi Sharima-Gopaul and her step-father Jarvis Small were sentenced to 106-years and 96-years in jail respectively for killing the Queen’s College student, however, the Appellate Court, on Tuesday, August 31, 2021 handed down a revised sentence of 45-years for each of the convicts, while upholding the guilty verdict.

Neesa Gopaul was killed between September 23, 2010, and October 4, 2010, at Madewini, Linden-Soesdyke Highway. Her body was found stuffed into a suitcase, which was anchored in a creek at the Emerald Tower Resort with several dumbbells. Notably, teen’s head was bashed.

Both Sharima-Gopaul and Small had challenged the 2015 ruling on the grounds that Justice Singh erred when he, among other things, admitted into evidence the testimony of Simone De Nobrega, which they had deemed prejudicial. Additionally, the appellants, through their attorneys, had contended that the sentences were excessive.

In handing down the judgement in the Court of Appeal on Tuesday, Chancellor of the Judiciary, Justice Yonette Cummings-Edwards said while there was no substantial miscarriage of justice in the issuance of the guilty verdicts, the Trial Judge erred in his consideration of the sentencing.

She said while the Trial Judge took into consideration the magnitude of the offence and the age of the victim, the Appellate Court believes that a sentencing hearing would have allowed the Judge to better impose the sentencing.

Rather than sending the case back to the High Court for the consideration of the sentence, the Appellate Court revised the sentence.

“…we believe that a starting point of 35-years is appropriate for the following reasons: the age of the deceased – a child; the offence was committed by persons who were close to the child; the violence used as mentioned by Dr. Nehaul Singh in his post mortem report…and the method of disposal of the body of the child; the fact that the child was known or related to the appellants,” the Chancellor explained.

Factors relevant to the offenders were also taken into consideration such as age, access to the victim, motive, lack of remorse, betray and lack of protection. As a result, 10 additional years were added to the base sentence for each of the offenders.

“We believe that a sentence of 45 years for each appellant is appropriate in the circumstance,” the Chancellor posited. Time already served, however, will not be deducted from the 45 years.

Attorney-at-Law Nigel Hughes was among Counsel representing Small while Sharima-Gopaul was represented by Arud Gossai.

Tue Aug 31 , 2021
Support Village Voice News With a Donation of Your Choice. …GPSU says if members show readiness Union will help mobilise  By Lisa Hamilton Though President Irfaan Ali has announced retroactive salary increases for public servants before the end of 2021, the Guyana Public Service Union (GPSU) said on Tuesday that the Government maintains its streak of disrespect to the Union […] 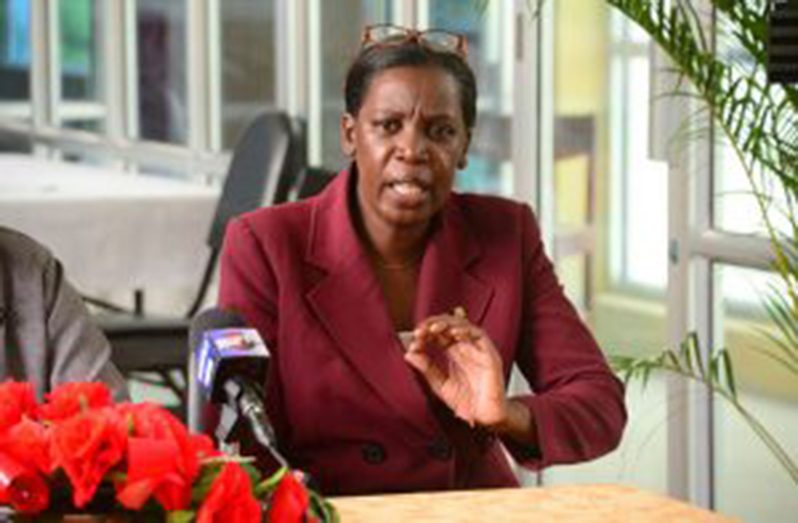