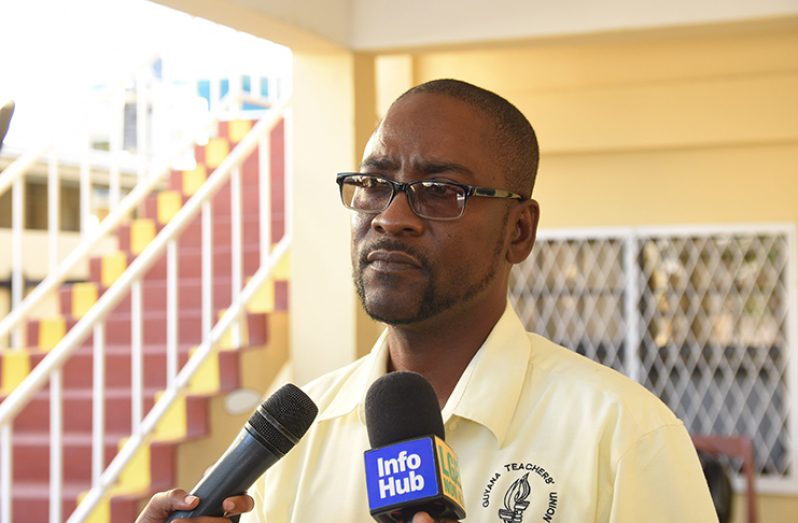 With only eight days to go for the planned reopening of schools and the mandatory vaccination requirement or weekly presentation of negative PCR tests for teachers, the Guyana Teachers’ Union (GTU) has pledged that it will be making representation to ensure that no teacher who turns out to work and is denied entry loses their salary.

At a virtual meeting on August 25, scores of teachers brought their concerns about the matter and questioned what actions the GTU would take to represent them. A maximum of 1,000 persons allowed for the Zoom meeting were present while others joined in on the livestream shared on Facebook. “We believe that any attempt to deny you access to your place of work would be a breach of your Constitutional rights,” President of the GTU, Mark Lyte told the teachers.

“We intend to have legal representation for those workers [or] employees [or] staff members that are discriminated against. The Union will be moving to have some legal representation for our members. Rest assured that we will be taking this matter for legal recourse.” On August 23, the Ministry of Education announced its intention to reopen schools on September 6, 2021, for the new academic year 2021 – 2022. The Ministry urged parents of children 12 years and above to get their children vaccinated with the Pfizer BioNTech vaccine that is in the country.

Meanwhile, teachers were cautioned that if they are unvaccinated they will not be able to enter school compounds unless they can submit a negative PCR test once weekly. PCR tests cost between $15,000 to $25,000 which could cost an unvaccinated teacher who opts to present PCR tests between 60,000 to $100,000 monthly. The MOE stated that teachers who do not report for duty will be marked absent. These measures also apply to the ancillary staff of each school which include cleaners, administrative and other support staff. 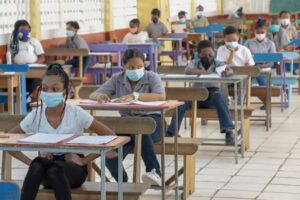 The announcement was not well-received by a number of teachers who remain unvaccinated. Many voiced their concerns at the meeting about the contents of the vaccine or about their underlying conditions which they fear could be compounded by the vaccine.

“I would like to be allowed the choice to take the vaccine when I am ready,” one teacher, Ms Williams stated. She put forward the recommendation that free testing be provided to teachers who choose to be unvaccinated.

Lyte agreed that free testing should be made available and said that it is something the GTU intends to push for.  Another teacher, Jonita Henry, said that she feels now that teachers have been used and disrespected by the Ministry of Education because they were not required to be vaccinated when they made sacrifices to support the Ministry’s initiatives, but are now being prevented from earning a living.

“We have been used all the time, as quite recent as sharing the cash grant. There are many of us as teachers, including myself, had to leave my house at since six o’clock in the morning to get over that bridge and to get things ready and nobody asked me for a vaccination card then. We worked with those children until August 5, all the time, nobody asked for vaccination card,” she said. The teacher put forward that persons should be clear about why they’ve decided to take the COVID-19 vaccination instead of it being forced on them when doubts and questions remain.

One Odessa James said that she is saddened by the actions of the ministry because teachers are willing to work. She said: “I have not heard the Ministry complain when teachers use their own monies to [buy] data, to complete SBAs. I don’t hear them making any efforts to reimburse teachers…so, when we have this type of atrocity happening I think we need to stand together.”

Another teacher pointed out that the Ministry has not provided clarity on the mechanisms in place to deal with teachers who test positive for the virus and their required absence, while others questioned how the workload would be managed if there are very few vaccinated teachers.

Lyte told the teachers that he was pleased with their openness to share their concerns as it is from their feedback that they will make representations to the Ministry and the Government on their behalf. He also stated that there are planned protest actions in the case that the requested changes aren’t made. He informed the teachers that if they turn up to work and are denied access to work by their employer then the teacher cannot be marked absent or be caused to lose portions of their salary because they were available for work and their pre-condition for employment did not reference COVID-19 vaccination.

“We will be prepared to walk with you through the legal process for all our members because we believe it’s a breach of your constitutional right and the Union will be making all the representations necessary to ensure that no teacher, absolutely none, loses salary, especially when they are available to work,” Lyte said.

He added: “Always be prepared to work. We will be placing a clean eye on the actions that will be taken against those persons who choose to exercise their rights. So, prepare to work, go and do what you have to do until someone tells you that you cannot do it.”

The GTU President also called for the retraction of the Ministry’s press release informing teachers of the mandatory vaccination or PCR requirements. Lyte also noted that some teachers have indicated that they are only interested in receiving the Pfizer vaccine — the only to be approved by the FDA — and the Union will make representation for the same.

Meanwhile, GTU General Secretary, Coretta McDonald pointed out that there has still been no clear directive given to teachers of special needs children or about several other in-classroom concerns. “I’m not saying that our teachers don’t want to return to schools, but why is it that you’re not looking after us?” she questioned.

In their actions in support of teachers who do not wish to be vaccinated, Lyte said that there will be no mixing with politics. He clarified that the protests held on August 25 at the Square of the Revolution was not organised or co-organised by the GTU. “The Guyana Teachers’ Union, whenever we plan a protest we want it to be meaningful,” he said. “We don’t have to join any bandwagon and I am not flustered that anything that persons are saying. I am concerned about teachers’ interest and their welfare and so, we ought not to be getting our priorities mixed up.”

He said he has noticed that many teachers are afraid to speak out for their rights because they fear victimisation. However, he put forward that victimization has no place in a democratic society. Lyte told the teachers: “We have ways to push back and your Union is as strong as the members that are part of the union. The Union is not strong because of the Executive, the Union is strong because of every member…do not allow yourself to be divided. Remember, vaccination is a personal choice.”

The union will also be making representation to internationally respected human rights bodies noting their string of concerns.  Schools in Guyana were closed to face-to-face teaching in March 2020 when Guyana began recording positive COVID-19 cases.  The MOE has stated that if any teachers have questions on the vaccines or any related question, it has solicited the assistance of three doctors to provide responses and they can be reached on telephone numbers: 650 – 2289 (Dr. Farah December), 650 – 2308 (Dr. Oneka Scott) and 650 – 2312 (Dr. Ertenisa Hamilton). This is to provide teachers with an opportunity to speak with medical professionals and have their concerns addressed.

Mon Aug 30 , 2021
Support Village Voice News With a Donation of Your Choice. …was forced to flee home with children to escape abuser   By Svetlana Marshall  A 60-year-old woman, who fled her East Bank Essequibo (EBE) home, with her children to escape a physically abusive relationship approximately 12 years ago, is among persons who have been removed from the Public Assistance Programme in […] 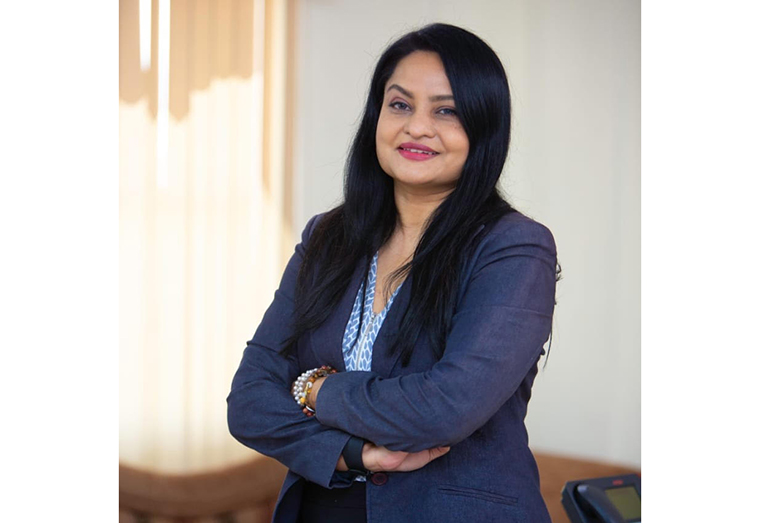