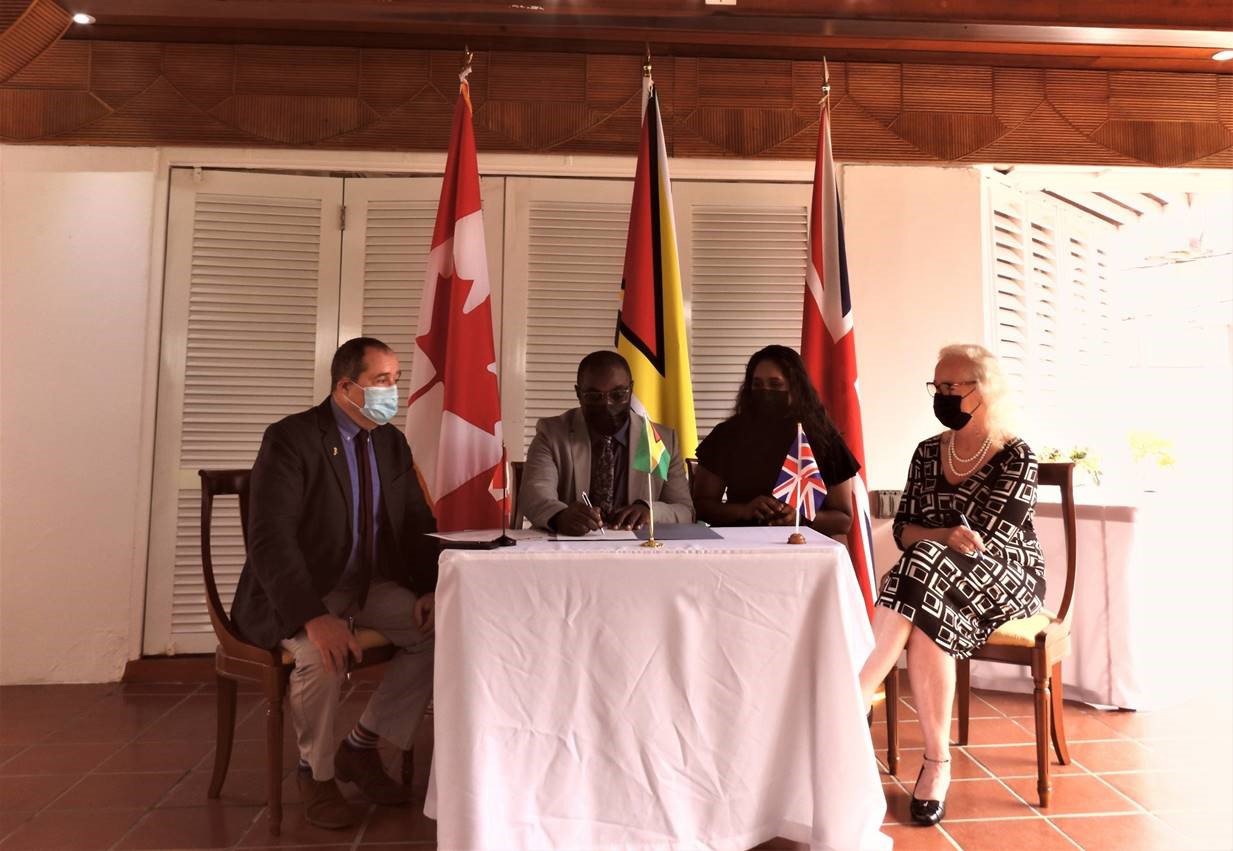 The Media Freedom Coalition is a partnership of countries whose objective is to defend media freedom where it is under threat, a release from the Canadian High Commission said. Guyana is now the 49th country to join the Coalition which was formed in July 2019 and Canada and the United Kingdom are currently the Coalition’s co-chairs.

Minister McCoy in his statement indicated that the Government of Guyana is pleased to join the Media Freedom Coalition and is supportive of its goals.

“The Government of Guyana is pleased to have ratified the instruments of principles and cemented its participation in the Media Freedom Coalition launched by the United Kingdom and Canada”, he said.

“We look forward to engaging with the Media Freedom Coalition member countries on a progressive agenda in the months and years ahead to achieve lasting impact on the issues of media freedom for the bastions of the ‘Fourth State’ among our democratic societies”.

Minister McCoy also added that the Coalition’s goal of advocating for media freedom is “complimentary to the policy and practice of the Government of Guyana”.

The goal of the Coalition is to advocate for media freedom and the safety of journalists, and hold to account those who harm journalists for doing their job. The Media Freedom Coalition promises to speak out publicly through collective statements, including in international forums, and to pursue collective diplomatic approaches and lobbying.

In welcoming Guyana, British High Commissioner, Jane Miller, highlighted that press freedom was good for democracy, prosperity and development. “A vibrant and free media is not only good for democracy, it is also essential for prosperity and development. Guyana recognises this and is now a member of the Media Freedom Coalition. Members of the Coalition believe in protecting the freedom of journalists”, High Commissioner Miller said in her statement.

High Commissioner of Canada, Mark Berman, in his statement reiterated Canada’s support for media freedom and congratulated the Government of Guyana on their decision to join the Coalition.

“Our Prime Minister Justin Trudeau said that the media is the cornerstone of any fair, strong, and vibrant society and Canada has been a long time and vocal supporter of media freedom both at home and abroad,” he stated. “We congratulate the Government of Guyana on making this step to join the coalition,” he said. He added that Canada will continue to support the local media “where ever possible”.

All members of the Media Freedom Coalition are asked to sign the ‘Global Pledge on Media Freedom’ and as signatories, each member has made the commitment to work together to improve media freedom and the safety of journalists both at home and abroad. President of the GPA, Ms. Nazima Raghubir, in her statement said, “The Guyana Press Association welcomes the Government’s move as one of the latest signatories to the Media Freedom Coalition. We see this as a commitment to free press, citizens’ freedom of expression and the safety of media workers”.

Ms. Raghubir stated that the Guyana Press Association will hold the Government of Guyana accountable for the commitments they have made in clauses of the Coalition.

“We will hold the Government accountable to the clauses of the coalition to ensure that the work of the media is unhindered and the safety of media workers is paramount. We feel a free press is absolutely necessary for any democracy and aids in promoting transparency and accountability,” she said.

Other countries that are a part of the Media Freedom Coalition include the United States, France, Italy and Germany. Belize is the only other CARICOM nation that is currently a part of the Coalition. Membership is granted after a country indicates its interest to join, and when at least 2/3 of the Coalition’s members have no objections to the new country joining.

Sat Aug 7 , 2021
Support Village Voice News With a Donation of Your Choice. As GTT continues to be guided by the three promises of its Together We Rise campaign, the company on Tuesday strengthened the community of Linden by donating six Blu G70 smartphones, SIMs and $1,000 Top Up on each phone to the Future Economic Development Strategy Cooperative Society Limited (FEDS). FEDS is a multi-purpose […]