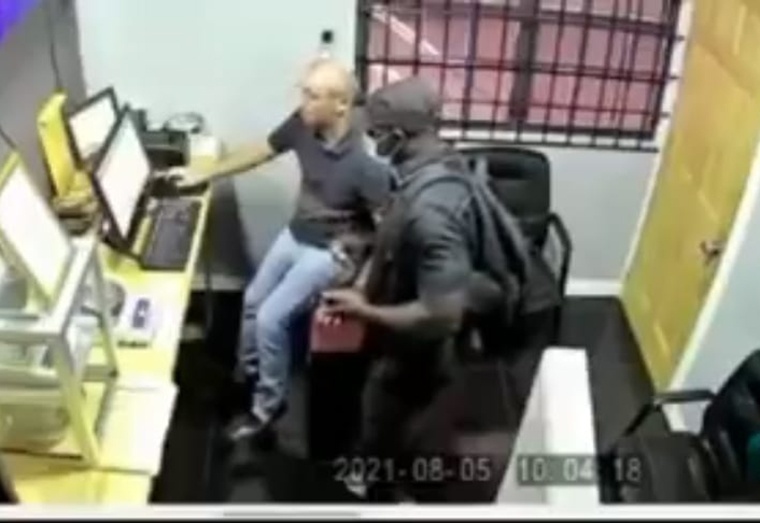 Police investigations revealed that around 10:05hr the victims were at work, when the three suspects came with a white car and parked same north of the building and entered the compound, through the main gate, after indicating to the security guard that they were there to sell gold.

The suspects then entered the waiting area where they spoke to the cashier and showed her a small package which they claimed contained gold to sell.

Immediately after they drew their firearms from their pants waist pointed it at her and ordered her into an office where the money and gold were secured. At the time the other victim and another man were in the said office and they were held at gun point.

The suspects then ordered the victims to open the two (2) metal safes after which they handcuffed the victims with plastic straps.

They then took away the victims phones, monies and gold mentioned after which they locked the victims into one of the office and made good their escape.

The cashier raised an alarm, after which the security immediately went to her rescue and kicked opened the office door.

Bus operators to hit the streets over vaccine imposition

Thu Aug 5 , 2021
Support Village Voice News With a Donation of Your Choice. …minibus union says drivers will resist Representatives of the United Mini-bus Union (UMU) on Thursday took a unanimous decision to protest the imposition of the COVID-19 vaccine requirement on minibus operators. With effect from August 1, 2021, public transportation operators are required to show proof of vaccination in order to […]