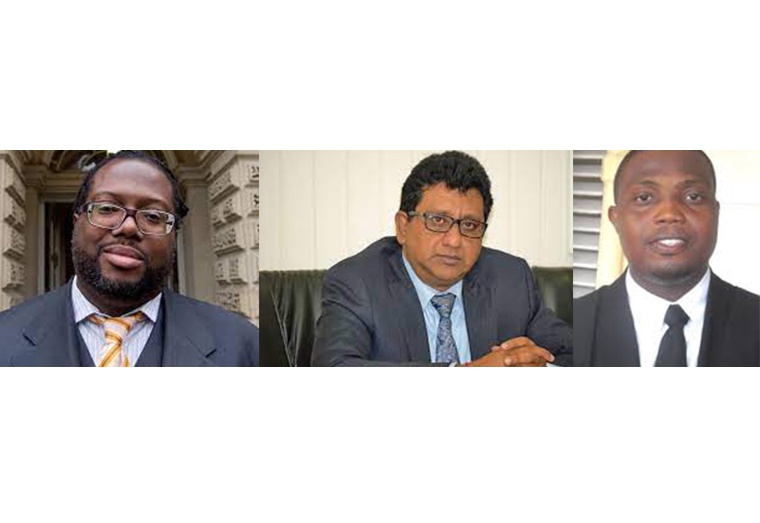 Come Monday, August 16, lawyers in the Police Service Commission (PSC) case will present arguments as to whether President Irfaan Ali is a proper party to the proceedings.

The President was among the five respondents named but in objection, the Attorney General filed a Notice of Application to strike out the President – the Third Name Respond – as a party in the matter.

On Wednesday (August 4), the interlocutory as well as the substantive matter came up before High Court Judge Gino Persaud. It was during that hearing, that Justice Persaud set August 16 for arguments in the interlocutory matter.

In his Notice of Application, the Attorney General asked the Court to declare that it is a contravention of Article 182 (1) of the Constitution and Section 10 of the State Liability and Proceedings Act to have the president joined to the proceedings.

As such, he wants an Order that the President of the Co-operative Republic of Guyana be removed forthwith as a party to the proceedings.

In laying his grounds for the NOA, the Attorney General said “that pursuant to Article 89 of the Constitution of Guyana Cap 1:01 the President is the “Head of State, the supreme executive authority, and Commander-in-Chief of the armed forces of the Republic” of Guyana and, as a consequence, all actions brought against him in his capacity as Head of State, should only name the Attorney General.”

He submitted further that the President has immunity under Article 182 of the Constitution. That article states: “Subject to the provisions of Article 180, the holder of the Office of President shall not be personally answerable to any Court for the performance of the functions of his or her office or for any act done in the performance of those functions and no proceedings, whether criminal or civil shall be instituted against him or her in his or her personal capacity in respect thereof either during his or her term of office or thereafter.”

However, the Police Service Commission in its reply to the NOA, rejected the grounds laid out by the Attorney General.

The Commission, which is being presented by Legal Counsel Selwyn Pieters, Dexter Todd and Dexter Smartt, is insisting that the President is a proper party to the proceedings given the relief sough in the FDA regarding the purported suspension of the Commission.

“None of the statutory or constitutional provisions or legal principles referred to in the Attorney General’s Application provide a proper basis for removing His Excellency as a Party. He is a necessary or proper party in this application having regard to his actions in respect to what is alleged here to be the unlawful and unconstitutional suspension of the full Police Service Commission, a Constitutional Service Commission,” the battery of lawyers said while calling for the Attorney General’s application to be dismissed.

Further, the commission, through its lawyers, submitted that the legal basis given for the Attorney General’s application is incorrect and grounded in an overbroad and faulty interpretation of the immunities granted to the President under the Laws of the country.

In the substantive matter, the Commission is seeking a declaration that the President’s decision to suspend the entire Police Service Commission is contrary to and a violation of the Constitution.

Wed Aug 4 , 2021
Support Village Voice News With a Donation of Your Choice. Dear Editor, It would be remiss of me not to comment on what is passing for Local Governance and epitomises the current regime`s approach to Governance; and more importantly not to suggest what was intended and is doable for the achievement of Good Governance in Local Government. In a previous […]