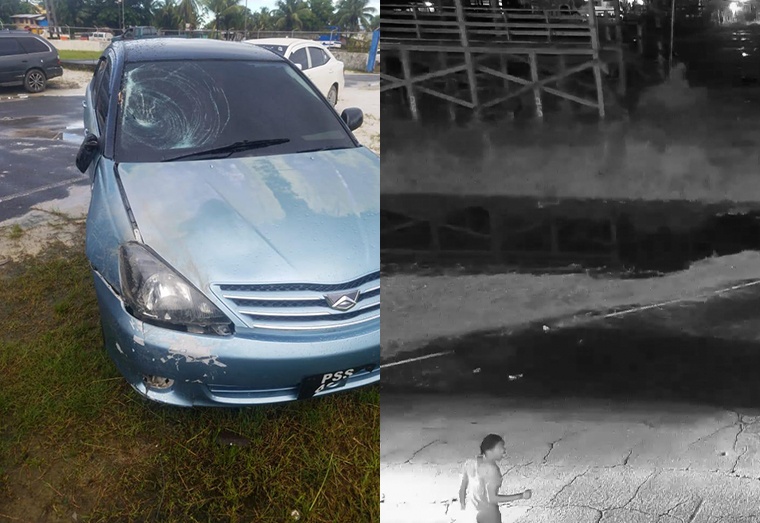 A 23-year-old woman was early Tuesday morning killed when a car slammed into her on Homestretch Avenue, Georgetown.
Dead is Malesa Lewis of La Penitence, Georgetown.
The car # PSS 4025 was being driven by Delroy Dominique D’Aguiar, 29-year-old of Charlestown, Georgetown.

Police said enquiries disclosed that the motorcar # PSS 4025 was proceeding east on the northern drive lane of Homestretch Avenue allegedly at a fast rate of speed.

The driver alleges that Lewis was crossing the said road from north to south into his path. He further alleged that he applied brakes to avoid a collision but failed and collided with the pedestrian.

As a result Lewis fell onto the road surface causing her to receive injuries to her body.

She was picked up in an unconscious state by the emergency medical technicians and rushed to the Georgetown Public Hospital where she was seen and examined by a doctor on duty and later succumbed to her injuries while receiving medical attention.

A breathalyzer test was conducted on the driver which revealed that he was above the prescribed limit at 0.038 and 0.036 BAC.

The driver was cautioned and arrested as the police investigation continues.

Too many road accidents and deaths

Wed Aug 4 , 2021
Support Village Voice News With a Donation of Your Choice. Within the last three days this publication reported three road accidents that resulted in the death of four persons. Each year the situation seems to be getting worse. The accident rate in 2020 was higher than it was in 2019. The numbers in 2021 are already troublesome. No less than […]