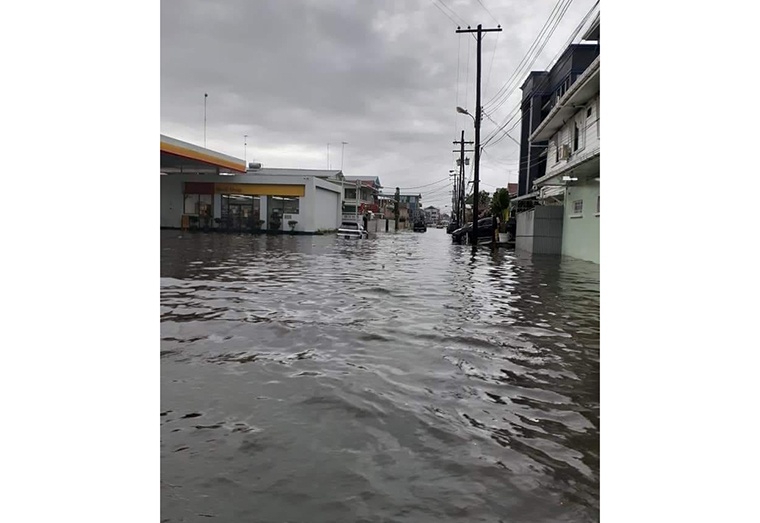 Government has promised to work  to continue reinforcing the country’s sea and coastal defences, with the construction of three new major outfalls similar to the Hope Canal, one each in Regions 3, 5 and 6.
This was announced by President Irfaan Ali during an address to the nation to mark his administration’s one year anniversary.

He said too that planning will commence soon on a massive project to relief South Georgetown from flooding with the construction of a new drainage system and other infrastructure to facilitate this, whilst at the same time other areas of the city will also benefit from significant investment to mitigate against flooding and enhanced infrastructure.
Georgetown is prone to flooding and the Mayor and City Council recently announced that anually it needs some $1.5B to maintain its pumps and drainage canals.
“The M&CC requires over a billion dollars annually to clear and maintain the drainage canals and kokers, and over 500 million dollars to maintain the pumps. The municipality collects just over 700 million dollars annually in taxes of which 264 million dollars are required to dispose of residential and commercial solid waste,” Mayor Ubraj Narine stated back in June.

Mon Aug 2 , 2021
Support Village Voice News With a Donation of Your Choice. …criticize new vaccination measures, general leadership Scores of citizens and Opposition Members protested the People’s Progressive Party/Civic (PPP/C) Government on Monday on the Government’s one year anniversary, stating that many Guyanese feel oppressed, discriminated against and forgotten under their leadership. The protest took place at Company Road, Buxton. There, numerous […]