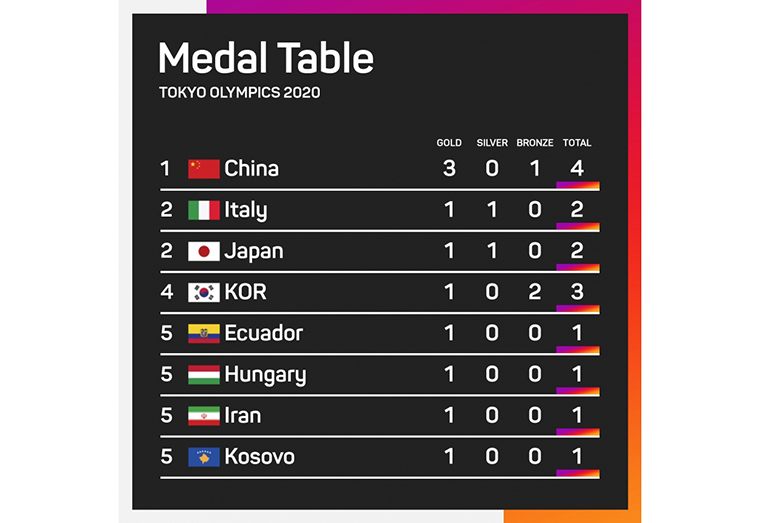 China lead the way with four medals after the opening day of the Olympics, as Richard Carapaz doubled Ecuador’s all-time tally of golds in Tokyo.

Yang Qian was the first athlete to strike gold in the Japanese capital, winning the women’s 10-metre air rifle competition for China.

Sun Yiwen also claimed a gold medal for China in the women’s epee individual fencing event, while compatriot Hou Zhihui came out on top with an Olympic record in the women’s 49kg weightlifting.

Host nation Japan and Italy are joint-second in the medal table with a gold and a silver apiece.

There were three medals for South Korea, including a triumph for Kim Je Deok and An San in the first mixed team archery event.

The United States remain notably absent from the primitive medal table, though, having ended the first day of the Games without a medal for the first time since Munich 1972.