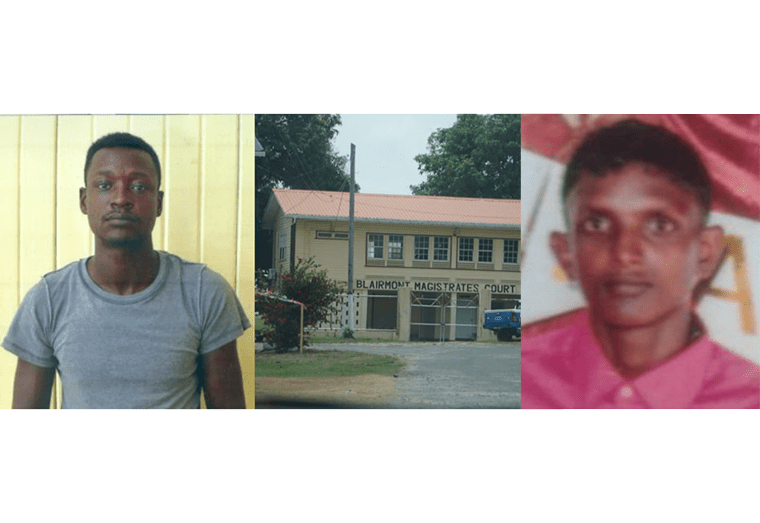 The court matter in relation to Gladston Henry Jnr. and others accused of the muder of Haresh Singh has been adjourned until July 19, 2021 after the police prosecutor told the Court that the case file could not be found.

When the matter was called on Monday, July 12, 2021, at the Blairmont Magistrate’s Court the Court was also made aware that Senior Counsel, Stanley Moore would be taking over prosecution of the matter, attorney Nigel Hughes confirmed.

Speaking with the Village Voice News, brother-in-law of Glaston Henry, Rayburn Bacchus said that he found the events which played out at the Court to be strange.

“They ain’t send no [case] jacket for them boys this morning, nothing. No jacket, no file, nothing ain’t come up here concerning them boys. So, I don’t know what they’re trying to do with them guys…I find that real strange and that’s wrong…them ain’t go no evidence, them ain’t got no case against the boys them, I can’t understand why they’re doing this kind of thing,” Bacchus said.

The charges were instituted upon the legal advice received from the Director of Public Prosecutions (DPP). They appeared in court virtually and were not required to enter a plea to the charge of murder and were remanded to prison until July 12, 2021.

Providing details on the events that took place leading up to the arrest of Gladston Henry Jnr., attorney-at-law Nigel Hughes said, days after Patrica Henry — mother of both Isaiah and Gladston Henry Jnr — openly criticized the Guyana Police Force, ranks picked up three young men from within the village.

They subsequently issued a Wanted Bulletin for Gladston Henry Jnr. for the murder of 17-year-old Haresh Singh who was killed in the backdam of Number Three Village, West Coast Berbice on Septemner 9, 2021.

On June 26, Gladston Henry Jnr., in the presence of his parents, confirmed that he was at home on the morning of September 9, 2021. However, he nonetheless turned himself in to the police later that day.

Hughes told the media that on the morning that Singh was killed, Gladston Henry Jnr was at home with his mother and other relatives watching a live recording of the post mortem that was being conducted on the bodies of Isaiah and Joel Henry at the Le Repentir Funeral Home and Crematorium.

There were some 10 witnesses who stated that they could vouch that Gladston Henry Jnr was at his Number 3, West Coast Berbice home at the time Singh was killed.

On Sunday, June 27, 2021, the police during a recorded interview, presented Gladston Henry Jnr with a statement signed to by Philip Anderson, which implicated both men in the murder of Singh.

Hughes said that day, he reminded the police that there were several witnesses who could confirm Gladston Henry Jnr’s alibi but the police, at the time, indicated that they were awaiting instructions from their superior.

The Police later pursued 9 of the 10 witnesses for allegedly attempting to pervert the course of justice by allegedly providing false information.

Six of the nine alibi witnesses were arrested by the police having been brought in to Criminal Investigation Department (CID) Headquarters,  Eve Leary, by their Attorney. The women — Tiffany Campbell, Alona Bacchus, Patricia Henry, Bibi Shaheman, Clarett Kurtizious and Amanda Wickham — were placed on $100,000 bail after the police alleged that they attempted to pervert the course of justice.

The police said the women were subjected to video interviews and it was noted too that efforts are being made to question the remaining three persons as the investigations continue into this matter. On completion of the investigation, the file was sent to the Director of Public Prosecutions for legal advice which led to the institution of charges.

Hughes, in an attempt to have murder charges dropped, had written to the DPP alleging that the investigation into the murder of Haresh Singh was poorly done, resulting in Gladston Henry Jnr being wrongfully charged.

But the police maintains that the purported alibi witnesses directly contradict other individuals who placed Gladston Henry Jnr. in the company of the other suspects at Haresh Singh’s home and at the scene of the crime at the material time.

Mon Jul 12 , 2021
Support Village Voice News With a Donation of Your Choice. …those with first dose since April to receive second jab first Guyanese who have been awaiting their second dose of the Russian Sputnik V vaccine will have access to this beginning Tuesday as Minister of Health, Dr. Frank Anthony announced on Monday the arrival of “a quantity” of the second doses […]