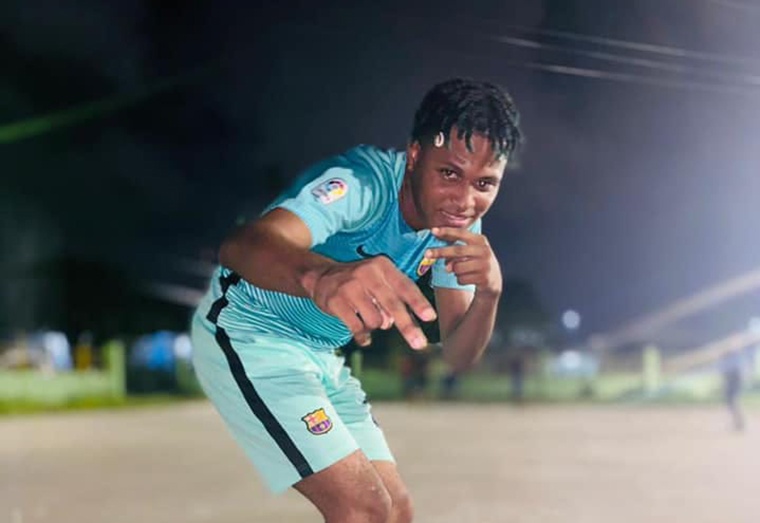 Reports are that Powley, 20, called ‘Reem Dan’, of Tucville, North East Le Penitence was the pillion rider on a motorcycle bearing registration CK7783 when , Joshua Mentore, who was riding the bike, lost control and ran into a nearby drain.

The two were heading along the western side of Mandela Avenue when they ran off the road and crashed into a pile of stones.

Powley sustained injuries to his head and other parts of his upper body while Mentore’s injuries were said to not be life threatening.

Mentore related to the police that a black car swerved next to him , causing him to loose control of the bike. Powley was pronounced dead by first responders; his body was taken to the Lyken’s Funeral home.

Powley’s death sent shockwaves to his fans and loved ones, many of whom recalled seeing him and speaking to him  at various times during the weekend. His friends noted that only on Saturday morning the young man was playing with his friends and as such, they reacted in disbelief.
Police are investigating the accident.

Brutus, others lose battle for promotion

Mon Jun 28 , 2021
Support Village Voice News With a Donation of Your Choice. …court rules nothing unlawful with PSC’s decision By Svetlana Marshall An attempt by five senior police officers to overturn the decision of the Police Service Commission (PSC) not to promote them on the basis that they are embroiled in disciplinary matters failed on Monday when Chief Justice (ag) Roxane George […]