…says penalties to come to contractors in breach

In a message shared on his Facebook page, the President noted that Nandlall has also been instructed “to enforce any penalty clause against contractors who are in breach of their obligations under these contracts”.

The President stated further: “I have also instructed the Attorney General that where such penalty clauses are absent that these contracts be renegotiated for the purpose of inserting penalty clauses, which can be activated when contractors fail to discharge their duties under such contracts.”

The directive comes weeks after President Ali had deemed irresponsible and negligent the management of pumps and kokers/slucies in Georgetown.

Meanwhile, as recorded in the Official Gazette on Thursday, the President declared that the floods across Guyana have reached the stage of a national disaster and crisis.

The proclamation notes that as of June 7, 2021, a total of 28,228 households were affected by flooding, some with water entering their homes, domestic animals and livestock in distress or farmlands inundated.

Guyana has been classified Level 2 Disaster under the Caribbean Disaster Emergency Management Agency’s (CDEMA) mechanism, which indicates that the national capacity to respond is not overwhelmed but external assistance is required in the form of technical assistance, specialised equipment, support personnel and information sharing in order to respond and recover from the event.

Thu Jun 17 , 2021
Support Village Voice News With a Donation of Your Choice. Minister of Agriculture Zulfikar Mustapha, has condemned acts of vandalism of the flood control embankment in the backlands at Letter Kenny, exacerbating flooding in agricultural areas along the Corentyne Coast. The minister on Wednesday called for an immediate investigation following reports of damage to the structure, which increased flooding at […] 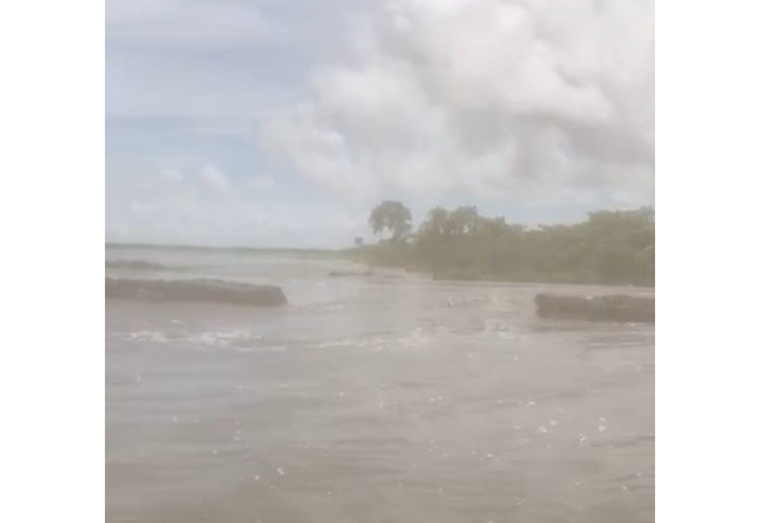