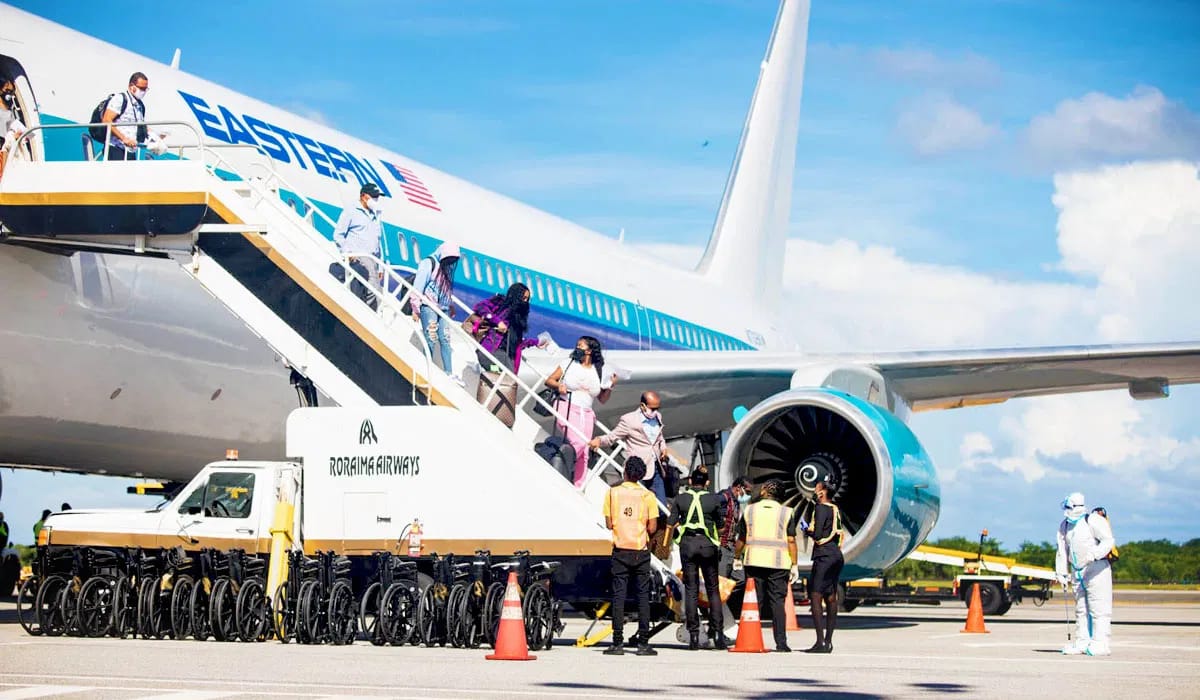 Passengers who are to be reimbursed by Eastern Airlines , must file claims with the Ministry of Public Works by July 16, 2021 .
According to the Ministry of Public Works, the carrier has officially withdrawn its service from Guyana .The ministry said this week that the airline has a bond with the entity to cover passenger liability . As such persons are advised to file claims for unused tickets they bought to travel with the carrier.

Eastern Airlines’ last flight operations were on February 6, 2021 and  many persons were left stranded by the abrupt cancellation of flights by the airline that month.

The airline operated four (4) flights weekly in January 2021 but this was significantly reduced in the preceding  two (2) weeks.
Eastern Airlines, formerly  Dynamic Airways, said at the time that it had cancelled all of its flights to and from Guyana until further notice.
Almost one year after restarting its operation here, the airline had requested that its customers to contact travel agencies where they booked flights in order to obtain a refund.

Eastern Airlines, under its former brand – Dynamic Airways, had filed for bankruptcy in 2018.
The  Government of Guyana had declined  its application to re-enter Guyana’s market in 2019, however  six months after rejecting the airline’s application, the government granted its approval but under strict conditions.

Previously, Eastern Airlines, which was headquartered in Miami, operated a charter service between Guyana and New York through an arrangement with Travel Span and One Guyana. However, Eastern Airlines folded in 2017 and was bought over by Swift Air.

Following a range of investment maneuverings, Dynamic International Airways had applied to the United States Department of Transportation to operate its Boeing 767 aircraft under the Eastern Airlines name.

Wed Jun 16 , 2021
Support Village Voice News With a Donation of Your Choice. Senior Counsel Roysdale Forde on Monday clashed with the Attorney General, Anil Nandlall and Senior Counsel Douglas Mendes over the jurisdiction of the Court of Appeal to hear an appeal challenging the High Court’s decision to nullify Election Petition 99 over noncompliance of service on the Second Named Respondent – […]