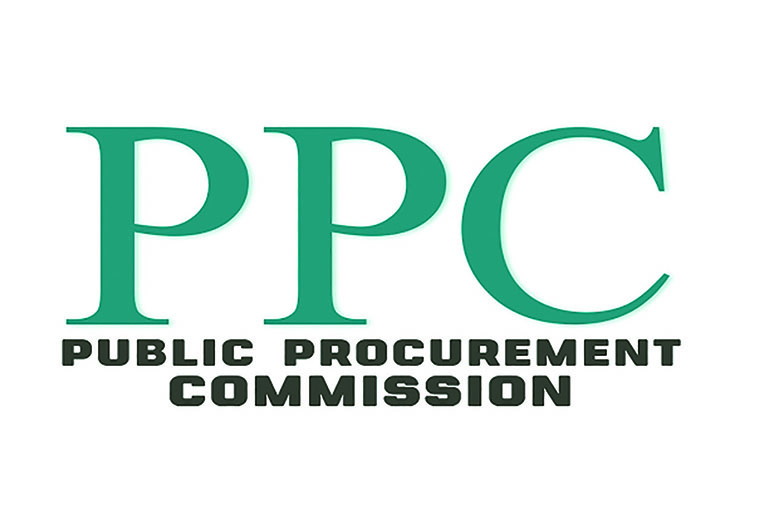 …as the work of secretariat at standstill over absent of commission

Approximately 12 persons, who were attached to the Secretariat of Public Procurement Commission (PPC) have been reportedly placed on the breadline after their contacts were not renewed by the body.

Village Voice Newspaper was reliably informed that as of September, 2020 the Secretariat of the Public Procurement Commission had approximately 23 staff, however, with persons sent packing, the staff count is now 11.

However, a staff, whose contract will come to an end this month (June, 2021), told the Village Voice Newspaper that the Secretariat earlier this year informed a number of its staff that it will not be able to renew their contracts in the absence of a Public Procurement Commission.

“It started in March of this year, the first set of people started to go off in March. My contract will end in June, so I am on leave right now,” he said.

It has been approximately eight months since the life of the old Commission, headed by Carol Corbin – a Project Management Professional – expired, and with the work of the Public Accounts Committee (PAC) at a standstill, it is unclear when nominees would be submitted to the National Assembly for the reconstitution of a new Commission.

Established under Article 212 W of the Constitution of Guyana, the Public Procurement Commission (PPC) is responsible for the monitoring of public procurement and the procedure in order to ensure that the procurement of goods, services and the execution of works are conducted in a fair, equitable, transparent, competitive and cost effective manner.

However, the outgoing staff, who is currently on leave pending his departure, said in the absence of a Commission, the work of the Secretariat is crippled.

“We have the Technical Head (remaining) but then the role of that head is limited now because even if you do an investigation, you can’t make any pronouncement because the Constitution never made a role for the Secretariat to make pronouncement on investigation it has to go to the Commission,” the outgoing staff explained.

He said if the Parliament of Guyana fails to constitute a new Commission by December, more persons will be placed on the breadline.

“If no new commissioners are appointed by the end of the year we will be down to about 9 and I don’t know what they will do then,” he posited.

Asked whether he is hopeful that he will be rehired should there be a new Commission in the near future, the man said he is not waiting idly by. “I am not going to wait, I have to keep my income rolling,” he told this newspaper.

The PPC, among other functions, is required to investigate complaints from suppliers, contractors and public entities as well as investigate cases of irregularity and mismanagement and propose remedial action but with the Commission being expired, there is no one to carefully monitor the award of contracts.

In April, some of the country’s political watchdogs said it was unacceptable that months after the life of the old Commission came to an end, a new one has not been reconstituted, particularly at the time when the country stands the risk of losing billions of dollars.

Former Government Minister and Political Commentator, Dr Henry Jeffrey had expressed concern that the National Procurement and Tender Administration Board (NPTAB) is left to function without any proper oversight.

Article 212 X (2) of the Constitution stipulates that “The President shall appoint the members of the Commission after such members have been nominated by the Public Accounts Committee and approved by not less than two-thirds of the elected members of the National Assembly.”

However, the National Assembly has not been since March 4, 2021 and the work of the Public Accounts Committee has been stalled over the chairmanship of the committee.

Mon Jun 7 , 2021
Support Village Voice News With a Donation of Your Choice. …at increased risk of complications if adversely affected by virus By Lisa Hamilton Pregnant women who become COVID-19 positive can run the risk of becoming severely ill with an increased risk of hospitalization, developing blood clots, being admitted to the Intensive Care Unit (ICU) and, worst-case scenario, death. This is […]