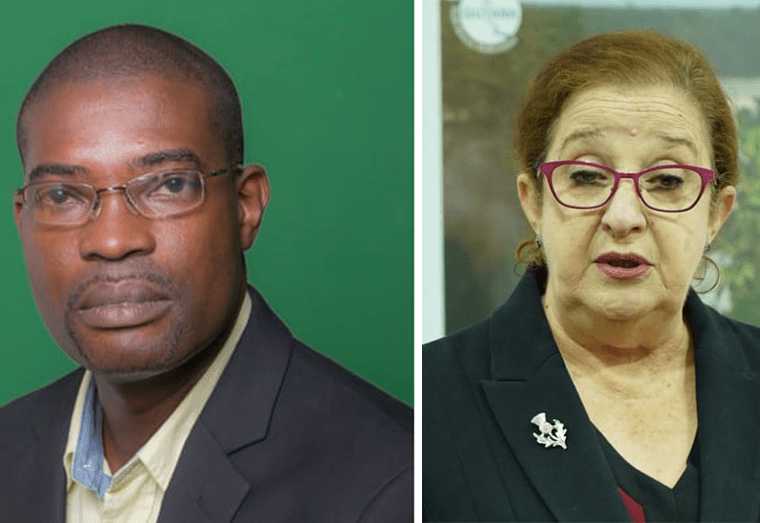 After months of trying to removing Opposition Member of Parliament, David Patterson from the chairmanship of the Public Accounts Committee (PAC), the People’s Progressive Party/Civic (PPP/C) has turned to the National Assembly to have him removed on the basis that the majority of the Committee has lost confidence in him.

On Thursday, June 10 when the National Assembly sits after a three months ‘hiatus,’ Government Chief Whip, Gail Teixeira is expected to table motion for the removal of the Chairperson of the Public Accounts Committee.
Since February 1, Teixeira, at the level of the PAC, had been attempting to move a motion at the level of the PAC to remove Paterson, however, she was repeatedly met with a stumbling block – the chairman rescued himself causing the motion to be stalled.

The Government’s Chief Whip said the Clerk of the National Assembly Sherlock Isaacs was called in at least twice and legal advice sought, however, the Chair had “refused” to allow a motion for the adoption of the legal opinion. Teixeira said too that the Speaker of the National Assembly had caused to write Patterson over his decision to put an asterisk against a Member’s motion.

“AND WHEREAS to date Mr David Patterson has demonstrated that he has no respect for the Speaker of the National Assembly and it would appear, in the absence of a response to the Speaker’s letter he is unprepared to obey the Speaker’s instruction; he has disregarded the advice of the Clerk of the National Assembly on several occasions with regard to the Standing Orders and is resolute in his refusal, using all forms of subterfuge, to allow the motion for his removal to be “put” to the vote;” the Government Chief Whip said in another of her clauses.

She has also accused Patterson of consistently and openly violating the Standing Orders.
As such, she was the National Assembly to move a no confidence motion against Patterson to allow for his removal from the chairmanship of the PAC.

Sat Jun 5 , 2021
Support Village Voice News With a Donation of Your Choice. The cerasee plant, scientifically known as Momordica Charantia, is native to Africa and the Middle East. However, it can now be found almost in all parts of the world. The yellow fruit which the plant produces, bitter melon or bitter guard, can be eaten raw, and is cooked in many […]