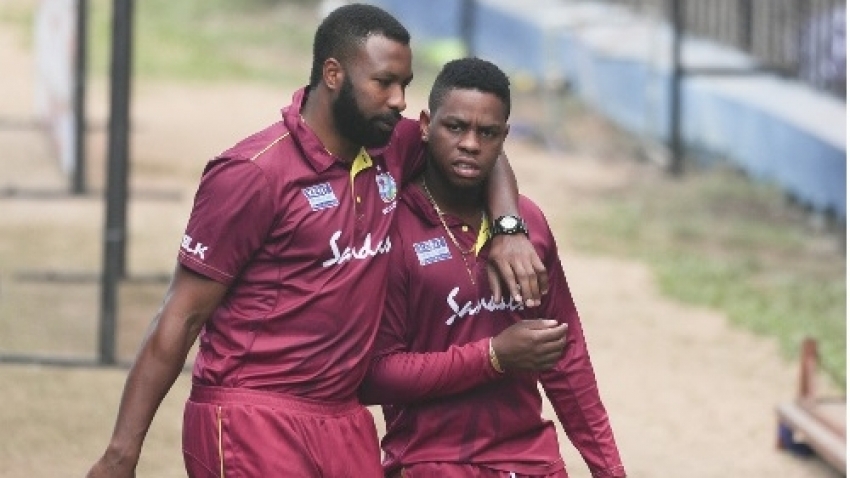 (SPORTS MAX) West Indies white-ball captain Kieron Pollard says he wants to see Shimron Hetmyer competing in all three formats for the men in maroon, but believes the Guyanese batsman has to work harder if he wants to regain a Cricket West Indies (CWI) central contract.

Speaking openly on Hetmyer’s career and a number of other topics, Pollard reasoned that the 24-year-old player from Berbice will only excel if he is hungry enough for success.

“We love Hetty. He is a young, talented cricketer, a guy who we know, deep in our hearts, can take West Indies cricket forward from a generational point of view with his skill and what he can achieve on a cricket field,” Pollard said on the Line & Length TV Show on Sportsmax. The show airs at approximately 6:00 pm in Jamaica/7:00 pm ECT.

“He knows the truth and he knows what it is. We would love Hetty to be playing all three formats of our cricket, but as the saying goes, ‘you can only take the horse to the water, but you can’t force him to drink.’ So with that being said, I will leave it right there and for the individual himself to get things together.

“We love him and we want to have him. He has a fantastic record in ODI cricket; we saw what he can do in the Indian Premier League (IPL) and it’s just for him to take what’s in front of him. The world is at his feet. It’s if he wants it bad enough and what he wants to achieve as an individual,” said Pollard.

Hetmyer has not been a consistent member of the West Indies team over the past year owing to fitness and Covid-19 concerns. Along with other senior players, he chose not to tour Bangladesh earlier this year out of personal fears and concerns for his safety because of the Covid-19 infection rates in that country.

Over the last year, he has scored 100 runs from five innings in T20 Internationals and 14 runs in two ODI’s. His form for the Guyana Amazon Warriors in the Caribbean Premier League and the Delhi Capitals in the IPL has been more encouraging, but he failed to maintain a CWI contract, prompting cries in some circles that he wasn’t given a fair break.

In terms of the upcoming white-ball series against South Africa where the Windies will play five T20s in Grenada, Pollard warned that the side who is rated at Number-10 in the T20s must be on top of their game.

“We have to plan properly in order to conquer. Not looking too much into the names (of the opposition) because as I said before these guys are talented in their own right as they would have not been selected for their national teams (otherwise),” said Pollard.

Sat May 22 , 2021
Support Village Voice News With a Donation of Your Choice. – Jagdeo says   Amid criticisms over his government’s approval for the mowing down of mangroves on the West Demerara Vice President, Bharrat Jagdeo on Friday said the administration will reforest 6,000 acres of mined-out land to help to mitigate Guyana’s carbon footprint. The Vice President made this disclosure during a […]