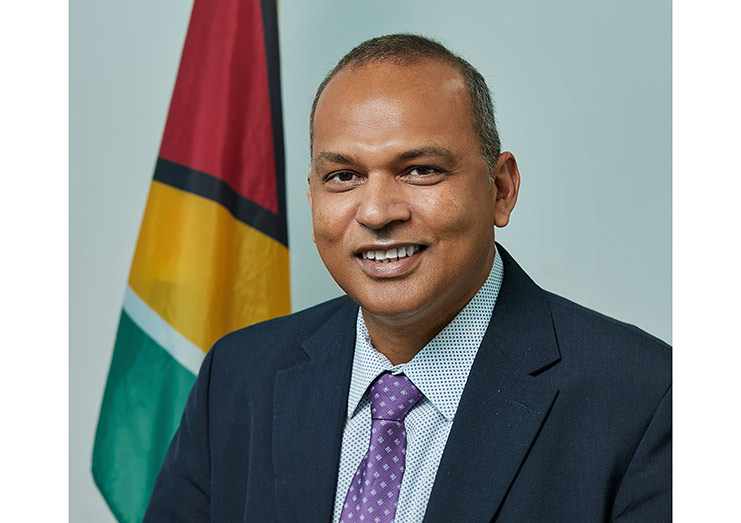 – more youth encouraged to get immunised

Minister of Health, Hon. Dr. Frank Anthony says while there has been a significant increase in the rate of COVID-19 vaccinations across the country, more people still need to get inoculated so Guyana can achieve herd immunity faster.

The Minister made this statement during his COVID-19 update on Friday. Dr. Anthony noted that East Berbice-Corentyne (Region Six) has taken the lead in the ongoing immunisation campaign, with a 43.6 per cent vaccination rate among its adult population.

However, more work needs to be done to improve immunisation among the 18-40 age group.

“When we look at the number of infections that is occurring, new cases of infection, we are seeing those new cases are predominantly between 18 and 40 and so, this group is more vulnerable to the infection because they are more active; they are moving around; they are coming in contact with persons who are positive and because of that they can spread the infection to others. So, it is important that we immunize this age group.”

Minister Anthony said the bulk of the vaccines is being administered to the more senior persons in the adult population.

“We have also seen when we break it down by age, that we have had for persons 60 and above, we have been able to immunise now, with the first does vaccine about 66.2 per cent of that population. For persons between 40 to 59 age group, 33.7 per cent and for persons 39 to 18 age group, 27.2 per cent,” he said. The Ministry of Health will be hosting a drive through vaccination event at 09:00 hours on Saturday at the Guyana National Stadium, Providence, East Bank Demerara. Minister Anthony is urging persons to make full use of the opportunity to get immunised.

Sat May 22 , 2021
Support Village Voice News With a Donation of Your Choice. …President hailed him as a humble, exceptional professional  President Irfaan Ali has described the late Eshwar Vevakanand Persaud, CCH, also known as ‘Uncle Vic,’ as a “humble man” and an “exceptional professional with great integrity”.  The Head of State made these remarks during the home-going service for Mr Persaud, which […]