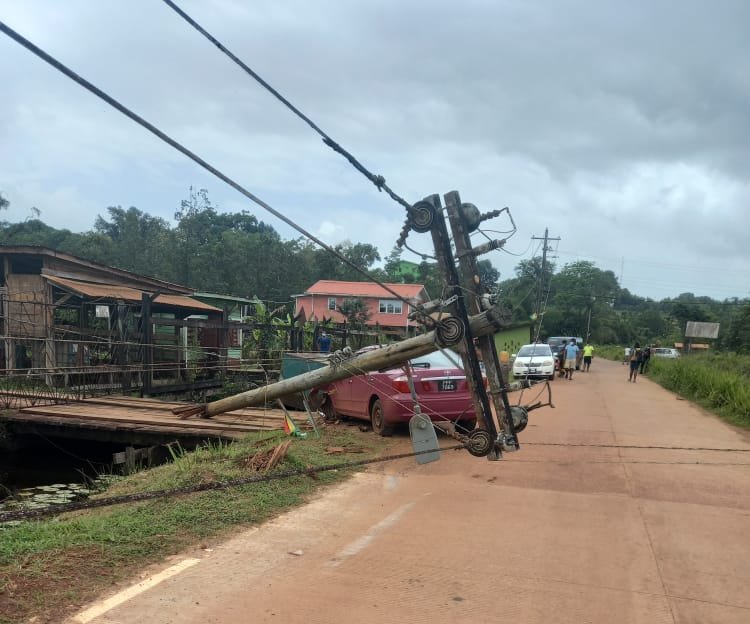 A taxi driver of Mabaruma, North West District is hospitalised in a critical condition after he lost control his car and crashed into an electrical pole on Thursday.

Critically injured is Royston Gill.
Reports are that around midday on Thursday, the man was heading to Mabaruma when he lost control of the vehicle and crashed into a electrical pole along the Kumaka Stretch.

Persons ran to his aid and an eyewitness noted that the man held onto an electrical wire after he emerged from the wrecked car. He suffered serious burns to his body including his feet.

Reports are that the father of two had moments earlier visited the owners of the car and he was heading back to Mabaruma when the accident occurred. The electrical pole was broken into pieces and fell onto the roadway.
The man was hospitalised in a unconscious state and hospital sources reported that his condition was critical.

Thu May 20 , 2021
Support Village Voice News With a Donation of Your Choice. …suspected cocaine found on board, two arrested A Beechcraft model aircraft bearing registration PT-PRR crash-landed at the village of Orealla on the Corentyne River on Thursday afternoon with suspected cocaine on board. Reports from the village are that the aircraft, a Beechcraft Bonanza H35, landed shortly after 1400hrs on Thursday […] 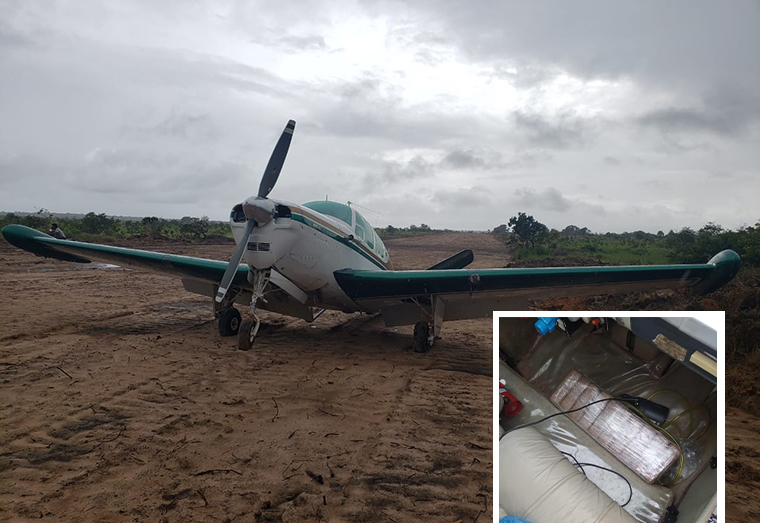