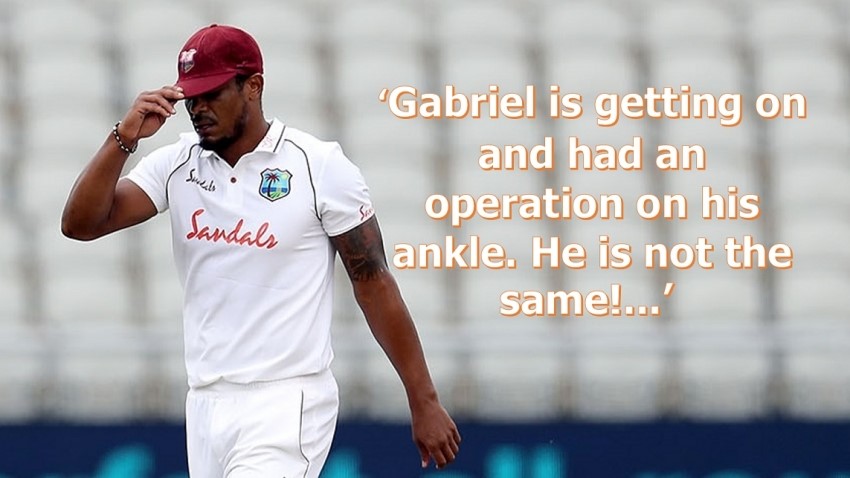 In addition, the 81-year-old Perreira says he is totally and utterly disappointed that there has been no cover for fast bowler Shannon Gabriel, who in his estimation has deteriorated.

“We have given contracts to people who played four Test matches in a year, that cannot be fair,” Perreira said on the Line & Length TV Show on Sportsmax.

“The omission of (Shamar) Brooks and (Roston) Chase was surprising given the limited amount of cricket they played, I mean two series? Four or five Tests? I was hoping that WIPA would not have pushed for contracts now, especially since there is no first-class season.

“You dropped players and don’t give them contracts so how will you adequately judge their form and scores. Ideally, because of all that’s going on, those contracts should have been delayed until after the South Africa or Australia tour….or even Pakistan,” he passionately explained.

“(Shimron) Hetmyer not given a contract? He was losing weight and looked good in the IPL and we have to be careful not to lose players. Chairman Roger Harper said they are working with him, but doing what?! We just rushed a bit this year with the contracts,” he said.

As far as Gabriel is concerned, Perreira pointed to the fact that the 33-year-old who has 157 wickets from 54 Tests has slumped over the last season and CWI should have seen fit to contract two younger fast bowlers as cover for him.

“Gabriel is getting on and had an operation on his ankle. He is not the same! He struggled for rhythm and pace in England, seemed out of sorts against Sri Lanka, and in my estimation can’t play back-to-back Tests matches anymore.

“Gabriel is not bowling 140kmph easily and one good spell is not good enough. Surely, if you pick him, then the Board should have contracted two young fast bowlers to work alongside him and (Kemar) Roach,” he said.

The Guyanese Perreira who is a St. Lucian resident also endorsed the Daren Sammy Cricket Ground, previously the Beausejour Stadium as the venue to hosts the West Indies vs South Africa series and advocates for a crowd of at least 1,000 spectators in the Johnson Charles stand, once they can prove a certificate of vaccination against the COVID19 virus.

Tue May 18 , 2021
Support Village Voice News With a Donation of Your Choice. United Kingdom (UK) Prince Harry is in the news again. This time for partnering with United States (U.S) talk show host icon Oprah Winfrey to discuss mental health (mental illness). This show will be broadcast on Apple TV+ as a documentary series, and aims to shed light on the issue […]