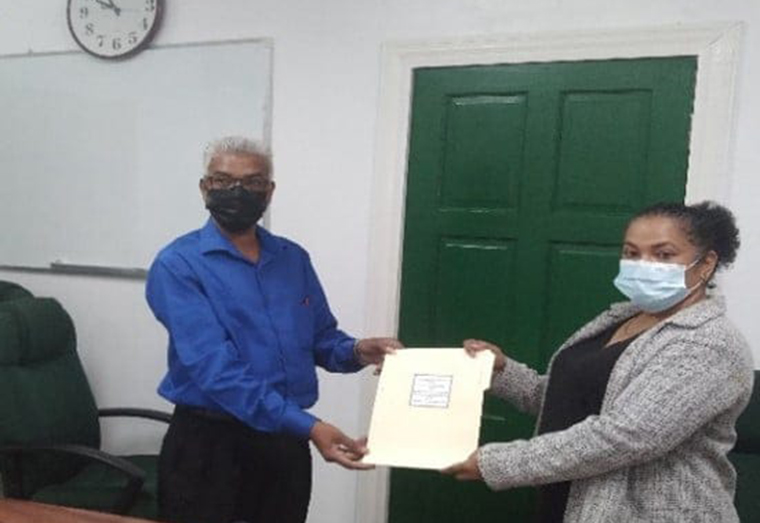 The Guyana Power and Light Incorporated (GPL) and the National Association of Agricultural, Commercial and Industrial Employee (NAACIE), on Tuesday, signed an agreement for a five percent increase in wages and salaries for GPL workers for 2020.

The agreement will benefit approximately 1,120 non-management staff of GPL. It comes following a proposal made by the GPL Management on May 7, 2021, for a 2 to 10 percent increase for employees based on performance. The proposal was made after GPL employees staged a protest at GPL’s Main Street head office in April 2021 for salary increases.

In a release from GPL on Tuesday, it was noted that an agreement was made and inked during a simple signing ceremony at the Ministry of Labour.

The Agreement was signed in the presence of Acting Chief Labour Officer at the Ministry of Labour, Michella Baburam and representatives from GPL and NAACIE.

During the event, Baburam commended GPL and NAACIE for arriving at an amicable agreement and encouraged both parties to continue their negotiations on future proposals which the Ministry of Labour stands ready to facilitate.

Meanwhile, General Secretary, NAACIE, Dawchan Nagasar expressed his satisfaction with the Agreement that resulted from negotiations that commenced in July 2020 and said that he looks forward to continued negotiations for a three-year Collective Labour Agreement.

GPL’s Deputy Chief Executive Officer, Support Services, Renford Homer noted that GPL is heartened that the negotiations for Year 2020 Wages and Salaries were amicably concluded. He reiterated that Management remains steadfast in its intention to continue discussions with the union to mutually establish a three-year Collective Labour Agreement.

Wed May 19 , 2021
Support Village Voice News With a Donation of Your Choice. CAPE TOWN (Reuters) – AB de Villiers has decided against a return to international cricket and will not play for South Africa at the Twenty20 World Cup that is scheduled to take place in India later this year, officials confirmed on Tuesday. De Villiers had been in talks with head […]