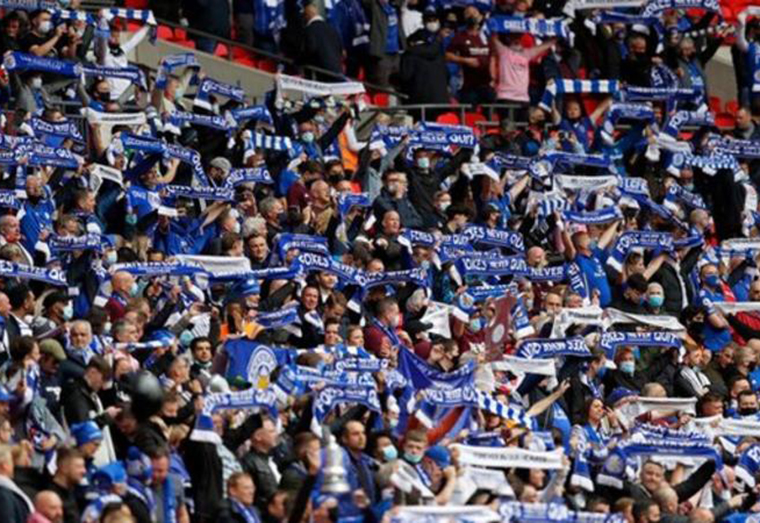 (BBC SPORT) Youri Tielemans produced one of the great FA Cup final goals to give Leicester City the trophy for the first time in their history with victory over Chelsea at Wembley.

The Belgian settled a closely contested encounter with a spectacular right-foot drive that flew beyond Chelsea goalkeeper Kepa Arrizabalaga into the top corner from 25 yards in the 63rd minute.

It sent manager Brendan Rodgers racing down the touchline in celebration although Leicester’s fans – inside Wembley as 21,000 supporters formed the biggest attendance since lockdown – had to survive a nerve-jangling closing phase before they could celebrate the win in their first final since 1969.

The Foxes were indebted to two crucial saves from keeper Kasper Schmeichel, who turned former Leicester defender Ben Chilwell’s header on to a post then produced an even better stop to turn Mason Mount’s powerful shot wide.

And in a final act of drama, Wes Morgan bundled into his own net following a last-minute goalmouth scramble before it was ruled out by the barest of margins following the intervention of VAR. Leicester closed out the win to spark emotional scenes as those inside Wembley rejoiced in a landmark victory.

Rodgers’ outstanding work gets its reward

Foxes boss Rodgers had a smile that illuminated Wembley as he joined Leicester’s players in joyous scenes of celebration after the manager and his players had written their name into the club’s folklore. Gifted 24-year-old Tielemans will claim the glory for the sheer quality of the strike that won this FA Cup final and the rest of his performance oozed the quality that saw him named man of the match.

The Foxes had heroes elsewhere, particularly in veteran keeper Schmeichel, who was well protected for most of the match but made a huge contribution when required. His second key save from Mount, one-handed diving away to his left, even had Rodgers turning around and blowing out his cheeks in relief and admiration.

Youngster Luke Thomas was composed and Leicester even survived the premature loss of the experienced and influential defender Jonny Evans, who was a doubt before the game and suffered a recurrence of his heel injury, to keep Chelsea at bay. And for Rodgers, who cleaned up with Celtic in Scotland, this was another significant addition to his CV, as his expert guidance of Leicester – who are in a strong position to finish in the Premier League’s top four and face Chelsea again at Stamford Bridge on Tuesday – now has a tangible reward in the shape of the FA Cup. This was the result of outstanding work by Rodgers and his players and the rest of the season may yet produce another high point if they can clinch a place in next season’s Champions League.

Chelsea manager Thomas Tuchel revealed he was in “angry mode” after the surprise home loss to Arsenal suddenly put pressure on their top-four hopes in the Premier League – although the Champions League final against Manchester City could yet prove the most glittering safety net.

He certainly looked an angry man throughout this final, the body language increasingly frustrated right up until that final twist when a late equaliser was snatched from Chelsea’s grasp by VAR.

Chelsea now face a massive game against these same opponents in midweek but they will have to recover swiftly from this disappointment and the knowledge they did not do themselves justice. They certainly had their moments and will complain of ill-fortune, about a suspicion of handball before Tielemans’ goal and those magnificent saves from Schmeichel but this was a stuttering Chelsea, not the smooth machine that saw off Real Madrid with such comfort in the Champions League semi-final second leg at Stamford Bridge.

Timo Werner seemed a particular source of frustration to Tuchel, the manager enraged when he lost a physical challenge to Tielemans, and it may be he regrets that he did not start with the improving Kai Havertz. And Chilwell, left out for Marcos Alonso, was a source of real danger when he was eventually introduced as a substitute, almost rescuing Chelsea twice. Chelsea and Tuchel now face a huge fortnight with the fight for the top four in the balance and that Champions League final to come against Manchester City – and the manager will know they will have to perform better than this.

This was the day atmosphere, emotion and deafening noise returned to English football as 21,000 supporters made Wembley sound like it was playing host to a capacity crowd. Fans relished the traditional FA Cup fanfare from the Coldstream Guards and the hymn Abide With Me before throwing themselves wholeheartedly into an experience they have been largely deprived of since lockdown last March.

And how it showed in those final stages and Leicester’s fans suffered frayed nerves as their team held on for history while Chelsea’s followers urged their side on in the hope of a comeback. At the final whistle and then the trophy celebration, it was just like old times as those thousands of Leicester supporters stayed in their seats to join and take in scenes that will live with them forever while the Chelsea end was a scene of desolation before it became a sea of deserted red seats. It only emphasised once more that football quite simply is not the same in any form without fans.

Sun May 16 , 2021
Support Village Voice News With a Donation of Your Choice. – Windies name training camp squad for upcoming season  The West Indies cricket selectors continue to find no place for talented batsman Shimron Hetmyer in their plans  after the batsman was not named in a 30-man training squad named to prepare for the upcoming season yesterday. Although Veerasammy Permaul and Nial […] 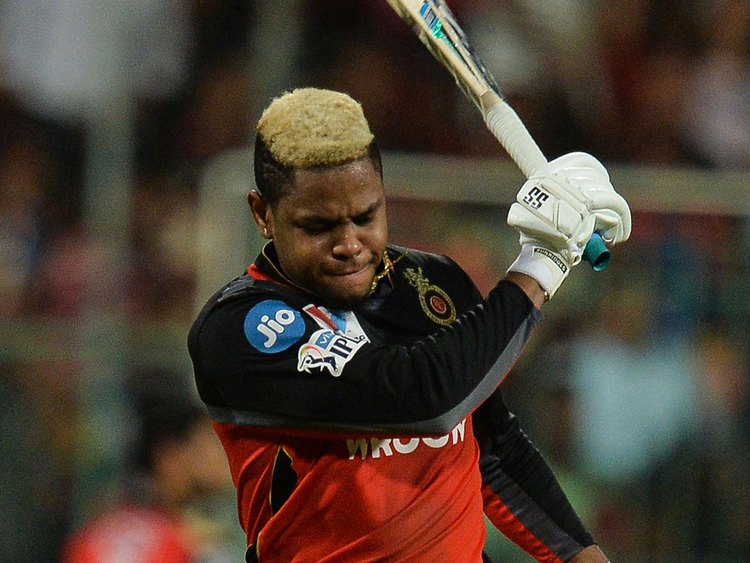